Volkswagen pulled the wraps off the 2023 Golf GTI 40th Anniversary Edition made exclusively for North America with production limited to just 1,500 examples.

Introduced to the U.S. market in 1983 as the Rabbit GTI, the Golf GTI has been a favorite of enthusiasts for decades. Volkswagen seeks to honor that history with this new model.

Offered in just four colors, buyers will be given the choice of Urano Grey and Tornado Red, which are both exclusive to the edition and have a long history with the GTI. In addition, customers can select Opal White Pearl and Pomelo Yellow Metallic. All models get an anniversary-edition exclusive black painted roof and gloss black mirror caps.

A “40” badge on the honeycomb grille, as well as design flourishes along the door sills, help mark this car out further. The car sits on 19-inch wheels that are borrowed from the European Golf GTI Clubsport 45 model. They’re painted black with a red stripe for their duty here, and wrapped in 235/35 summer performance tires.

Inside, meanwhile, the model will get Scalepaper Plaid cloth seats, and a golf-ball-shaped shifter nob. That’s another nod to the model line’s history, and reminder that it will be offered with a manual transmission. According to VW, roughly half will come with three pedals, while the remainder will get the seven-speed DSG gearbox. A clasp at the bottom of the steering wheel again shows that this is the 40th anniversary edition.

Under the hood, the 2023 Golf GTI 40th Anniversary Edition benefits from the same engine as the rest of the American GTI lineup. That means a 2.0-liter, turbocharged inline-four that makes 241 hp and 273 lb-ft of torque.

“The limited-production 40th Anniversary Edition model offers our North American enthusiasts a dose of heritage along with everything they love about the Mark 8 GTI,” said Hein Schafer, Senior Vice President of Product and Strategy, Volkswagen of America.

Wasn’t It Introduced Earlier In Canada?

Volkswagen says that the model celebrates the GTI’s 40th anniversary in North America, but the GTI was actually introduced to the Canadian market in 1979, not 1983. We have reached out to Volkswagen Canada to ask how it will handle this discrepancy, if at all, and will update this story when we hear back. 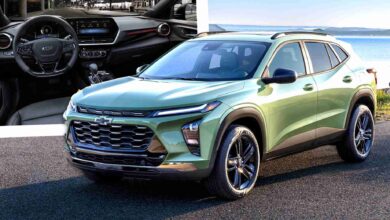