This article includes speculative illustrations for the next generation of the Dacia Duster created by Jean Francois Hubert/SB-Medien for CarScoops that are neither related to nor endorsed by Dacia.

The Dacia Duster has been a halo model for the Romanian brand with more than 2 million sales since 2010. Thus, its all-new third-generation expected to arrive in 2024 will keep playing an important role in Dacia’s range, maintaining the affordability, off-road credentials, adventurous design, and practicality of its predecessor while adding more technology and improved refinement.

The current, second-generation Duster was introduced in 2017 and received a mid-cycle facelift in 2021. While it is still very popular with buyers in Europe, Dacia is already working on its successor which will be a clean-sheet design. As depicted by our associates in the exclusive renderings, the new Duster is expected to share most of its styling features with the Bigster concept. Dacia is a master in cost-cutting strategies, something that will likely be applied in its SUV family. In that context, the Duster could become a smaller version of the Bigster which has been confirmed for production.

Despite the difference in size that will be evident in the length, the models could be sharing several body panels including the LED headlights and taillights, the bumpers with integrated aluminum-style skid plates, the boxy pronounced fenders, plus the snorkel-inspired feature on the profile. The latter was introduced by the second-gen Duster as a clever, stylish, and cost-efficient way of connecting the offset fenders with the doors, becoming a signature design element for the SUV.

The Duster will most likely feature regular door handles and lose some high-tech features of the fancier concept, all in favor of cost-cutting. It will also feature Dacia’s new logo that is already present in advertising material and will be introduced in vehicles in the second half of 2022. Following the example of Dacia’s current lineup, the SUVs could also be sharing the same dashboard. The latter, partly revealed by the Bigster concept, will feature a larger and higher-mounted touchscreen for the infotainment system, the introduction of a digital instrument cluster which will be a first for Dacia, and possibly some Renault-derived switchgear. The value for money character of the Duster makes us believe that the Romanian automaker will retain a fair amount of hard scratchy plastics on the dashboard, door cards, and center console. However, Dacia designers could find clever ways of enhancing the perceived quality with modern textures and durable upholstery for the seats.

The new Duster will likely keep growing in length compared to the current model’s 4,341 mm (170.9 inches), reaching closer to the Jogger’s 4,547 mm (179 inches). This will result to even more space for the passengers and their luggage. After all, the Duster has always been one of the roomiest models in the B-SUV segment, and Dacia wants to keep it that way. The focus on practicality will make it a great choice for families and people with an active lifestyle. The Duster is the only remaining model in the Dacia range that is not based on Groupe Renault’s new CMF-B architecture, already found in the Sandero, Sandero Stepway, Logan, and Jogger. That is going to change with the third-generation Duster in 2024 that will boast a stretched version of the same platform which will also underpin the larger Bigster following in 2025.

Dacia has pledged to keep offering ICE-powered vehicles for as long as possible, in-line with their affordable pricing strategy. However, it has been confirmed that the CMF-B architecture is compatible with MHEV, HEV, PHEV, and BEV powertrains, and Dacia officials have admitted they could electrify the range when needed. Given that most markets in Europe will be banning ICE powertrains from 2030, the Duster coming in the second half of this decade could be offered in electrified flavor. This could mean that the Romanian SUV could inherit the complex plug-in hybrid powertrain used by the Renault Captur E-Tech, or the similar self-charging hybrid setup of the Nissan Juke Hybrid. Those are combining a naturally-aspirated 1.6-liter four-cylinder petrol engine producing 93 hp (69 kW / 94 PS) and 148 Nm of torque, an electric motor producing 48 hp (36 kW / 49 hp) and 205 Nm (151.2 lb-ft), a second electric motor working as an HSG (High-Voltage Starter Generator), and a sophisticated multi-mode gearbox sending power to the front axle. The HEV comes with a 1.2 kWh battery pack, while the PHEV gets a larger 9.8 kWh capacity.

The aforementioned models alongside the upcoming Mitsubishi ASX are siblings to the upcoming Duster even though the latter will use a budget version of the CMF-B platform. It is clear that Dacia wants to retain the Duster’s affordability so we wouldn’t be surprised if they offered lesser versions with pure ICE powertrains or simpler mild-hybrid setups providing a good mix of fuel efficiency and low production costs. What will most likely be dropped from the range is the diesel option since it will be very hard for Groupe Renault to keep updating it in order to comply with the stricter emission regulations. However, the bi-fuel LPG/petrol powertrain option could be retained in the entire Dacia range as an alternative. While the majority of the B-SUVs including the ones from Groupe Renault are not available in 4WD flavor, there is a high chance the Duster will retain this option, at least for high-end trims. This means it will remain one of the few options in the segment for people looking to do more serious off-roading, offering four-wheel-drive, generous ground clearance, and respectable approach and departure angles in line with the no-frills looks. For reference, the current duster boasts a 214-217 (8.4-8.5 inches) ground clearance, a 30° approach angle, and a  33-34° departure angle.

Just like its predecessors, the third generation of the Dacia Duster will be produced in Mioveni, Romania. Given that the model is already under development, we could start seeing some mules as we move closer to the official debut that’s expected in 2024. 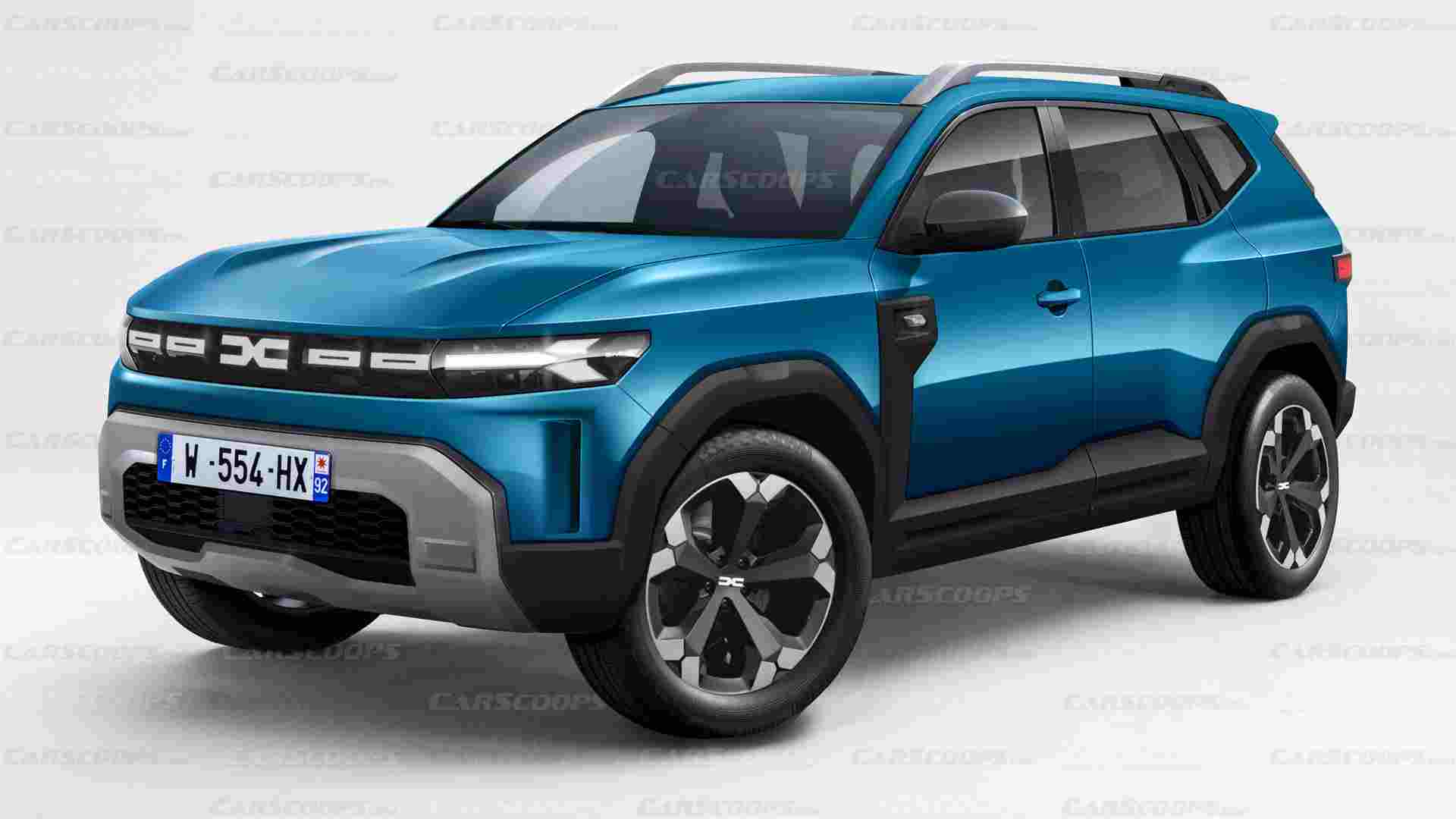 What's The Most American Car Ever? 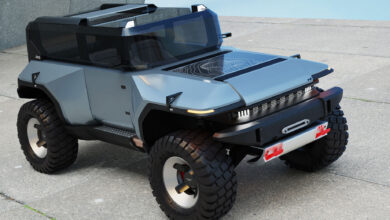 Futuristic Jeep Wrangler Render Looks Like It Came From Another Planet 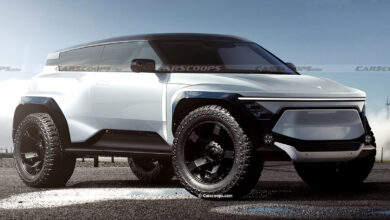 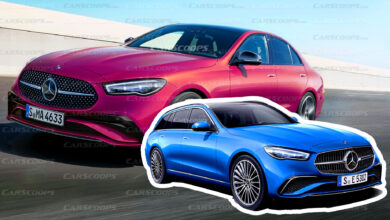 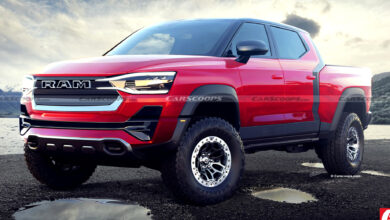 2024 Ram 1500 EV: Design, Performance And Everything Else We Know So Far About The Electric Truck