The Honda e is one of the coolest electric vehicles in terms of styling, but Honda has officially rejected the possibility of a sportier Type R version. Thus, people who want a sporty variant can only rely upon tuners and thankfully they delivered.

The significantly widened front and rear fenders give a rally car look to the electric supermini. The white-painted six-spoke wheels are shod in wider tires and align well with the new fenders thanks to spacers. The front bumper is also custom-made with a central intake, a splitter, and canards. Similarly, at the back we find a nicely sculpted rear bumper revealing part of the tires and incorporating a diffuser. Finally, the large rear spoiler might worsen the already short range of the EV due to the drag it creates but it admittedly looks great while providing extra downforce. 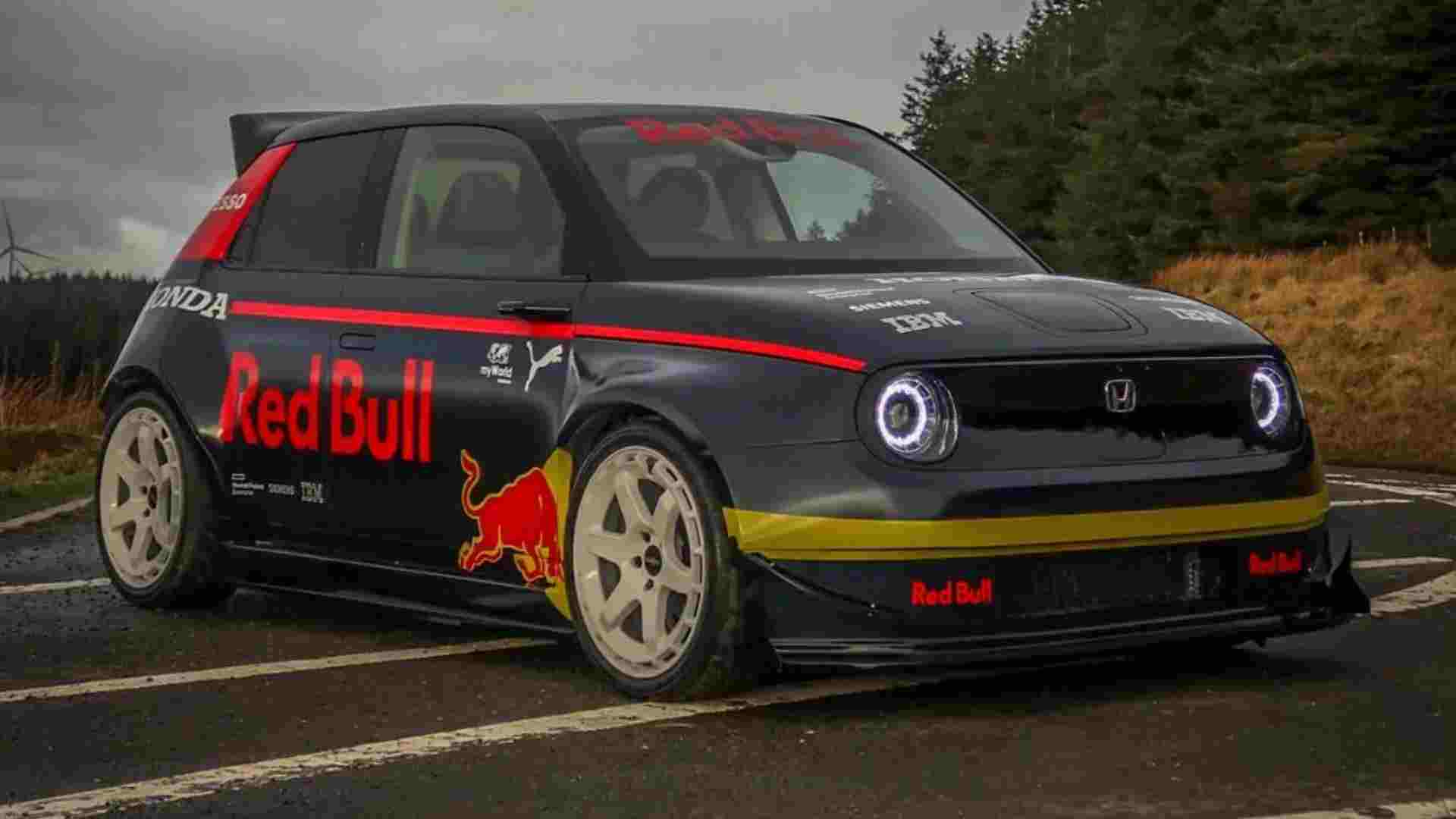 As a finishing touch the blue, yellow, red, and white livery with Red Bull graphics plus Honda, IBM, and Siemens stickers is matching the RBR F1 single-seater that Max Verstappen drove to victory. Innovate Composite describes last year’s title as “one of the best and hardest fought F1 drivers world championships ever”. The next step is to reproduce all of the body panels in carbon fiber.

The tuner didn’t change anything under the skin which means that the sporty-looking Honda e is less special in terms of performance. The most powerful version of the EV is fitted with an electric motor producing 152 hp (113 kW / 154 PS) and 315 Nm (232 lb-ft) of torque, allowing for a 0-100 km/h (0-62 mph) acceleration in around 8 seconds. The 35.5 kWh lithium-ion battery provides a WLTP range of 220 km (136 miles), which doesn’t sound ideal for a hot hatch wannabe since it will be far more limited under spirited driving.

Surprisingly, the kit is not just a one-off, since Innovate Composites plans on building a limited number of units. The price has not yet been disclosed but we would love to see a riced-up Honda e on the streets. Can't Wait In Line For A New Toyota Land Cruiser? Chinese Brand Will Turn Your Old 200 Into A 300 Series Lookalike