But go back in history, and there was often much more choice when it came to powertrains for Corvette buyers. One One Corvette might have looked fairly identical to another to the casual observer, but there was often a massive difference in performance depending on spec. And some of them, sorry to say, made watching paint dry seem like a shoo-in for Olympic status. Here’s our rundown of the slowest Corvettes ever built. 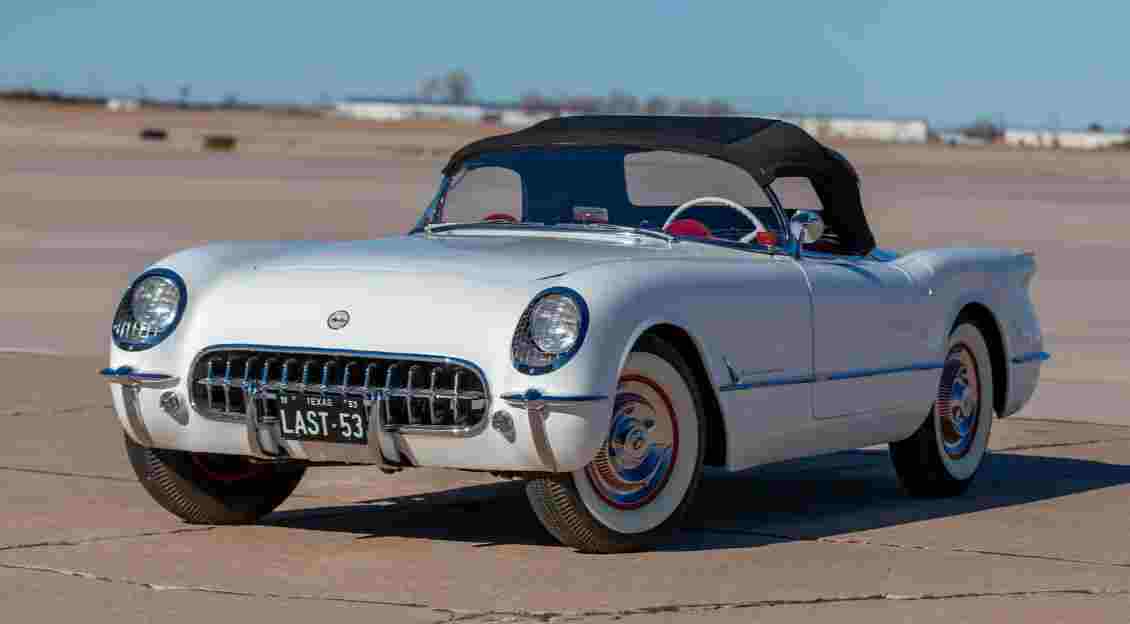 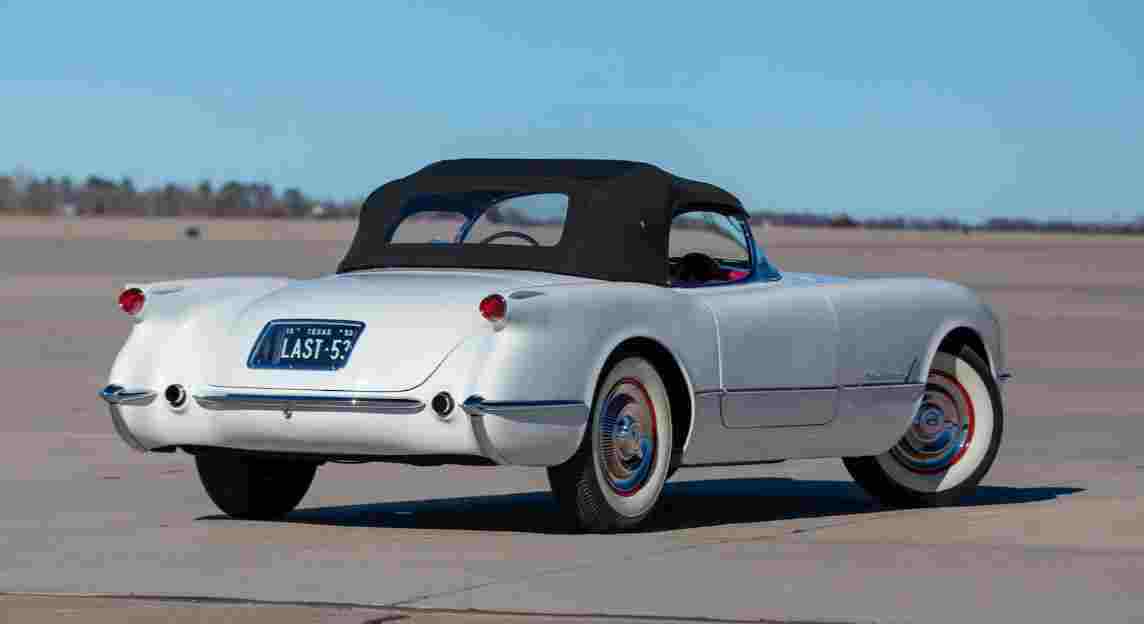 What’s the very first 1953 Corvette got in common with the latest one besides the name and a plastic skin? Neither car was, or is, available with a manual transmission. That’s not so much a problem on the current car when the two-pedal gearbox is a eight-speed dual-clutch, but the original C1 was saddled with a mandatory two-speed Powerglide. 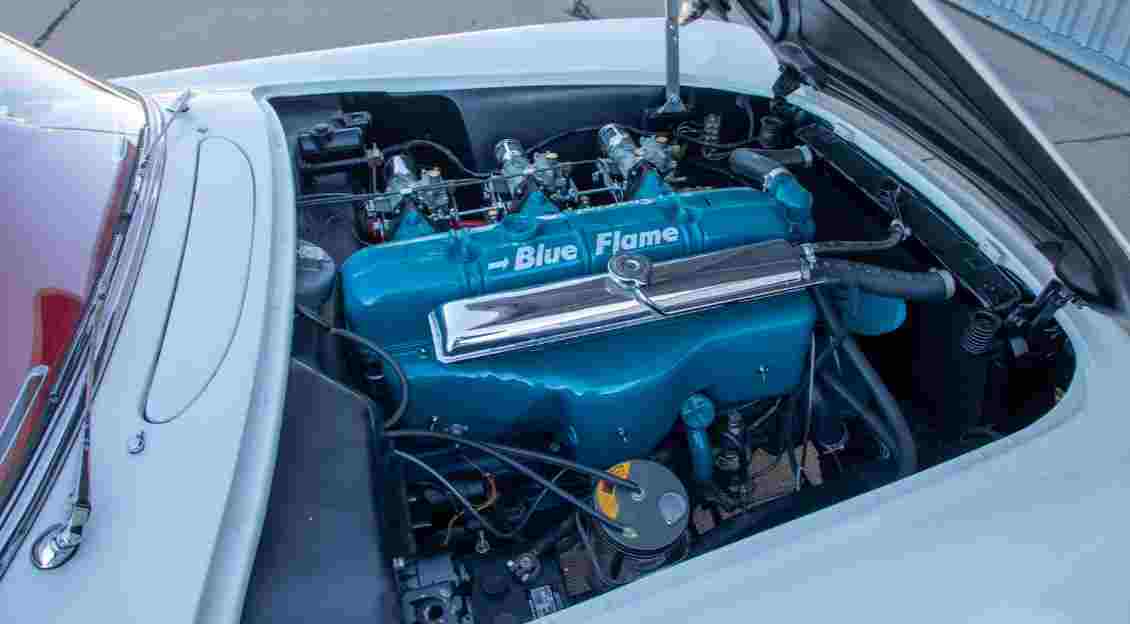 Okay, so we are talking almost 70 years ago, when 11 seconds to 60 mph was nowhere near as mind-numbingly dull as it is today, but when Chevy dropped in the new 195 hp (gross) 4.3-liter small-block for 1955 (which it briefly sold alongside the old six before going V8-only), performance improved so dramatically it underlined how slow the original inline six was. Still fitted with the Powerglide two-speed auto, the V8 hit 60 mph in 8.7 seconds, completed the standing quarter in 16.5 and topped out at 117 mph (188 km/h).

Which still doesn’t sound that great until you consider that in a Motor Trend comparison test between a 1959 Corvette and a Porsche 356 Speedster, the sleepy Porsche needed 15.2 seconds to hit the same marker (and was 15 seconds slower around the old 3.3-mile Riverside track). In contrast, the stock engine, which was by far the most popular version, made just 250 hp. We couldn’t find any performance numbers for that bottom-rung Vette, but Road & Track tested the next step up the ladder, the 300 hp small block, fitted with the two-speed Powerglide in 1964, and recorded zero to 60 mph in 8.0 secs and 15.2 seconds for the quarter mile. Three years later, when most journalists were getting frothy over the L72 427 (7.0-liter) big block V8 and its 425 hp rating, that little old 300 hp V8 had become the base motor, and you still only got two gears if you ticked the two-pedal option. Car Life’s C3 convertible took a leisurely 8.3 seconds to greet 60 mph, compared to 5.7 seconds for the manual-equipped 427 the magazine tested the same month. Up until the early 1970s the general trend was that new Corvettes would be faster than the ones they replaced. Though curb weights crept up over the years, so did power. But that all changed with the C3, which was launched in horsepower-crazed 1968 but spent most of its life as a malaise-era shadow of its former self.

Judged purely on power, the lowest of the C3 Corvette’s low points would seem to be the 1975 base model pictured above, which, strangled by a single exhaust, made just 165 hp (net). But helped by a 2.73:1 rear axle ratio clearly designed for intergalactic space travel that enabled the automatic Vette stretch all the way to 62 mph (100 km/h) in the first of its three gears, the C3 managed a surprisingly respectable 7.7 seconds to 60 mph.

That was pretty strong go for the time, and by 1981 7.7 to 60 must have seemed like the kind of performance that would have your local drag strip marshals demanding you attach a chute to the back of your Corvette before staging. Because that year Road & Track’s 190 hp, four-speed test car, fitted with the no-choice 2.72:1 freeway-friendly rear cog took an interminable 17.0 seconds to wheeze its way to the end of the quarter mile having needed 9.2 seconds to reach 60 mph on the way. “The car isn’t slow, mind you,” R&T said, trying to put a brave face on things, but also highlighting how bad the performance car market was. “[It’s] among the quicker of current cars.” Fortunately for Corvette fans, Chevy corrected the backslide the following year. For the C3’s last season the ’82 car gained throttle body injection, then the all-new, lighter C4 motored up for 1984, delivering 60 mph in 7 seconds from its 205 hp V8, which dropped to 6.6 seconds for 1985’s 230 hp car. And Corvette performance has been getting stronger ever since. Even the base model 2021 C8 Corvette can blast to 60 mph in 2.8 seconds, and the 670 hp Z06 is supposed to knock two tenths off that. How much quicker can the Corvette get? How much quicker does it need to get? Leave a comment and let us know what you think.

2024 Audi A4 Avant: Design, Powertrains And Everything Else We Know