When it comes to mid-engined performance cars, few offer the same bang-for-your-buck value as the C8 Chevrolet Corvette Stingray. It looks good, performs well, sounds excellent, and has an aura of appeal to it that none of its predecessors could ever match. It also serves as a good basis for a project car.

The owner of this particular C8 Corvette was clearly very keen to make a bold statement with the car and has it equipped with a widebody kit from DuraflexAero Grand. Like all widebody kits, this package dramatically overhauls the look of the ‘Vette and makes it look even more aggressive than the standard car.

Found at the front of the bodywork is a distinctive bumper with sharp angles, redesigned air intakes, and a pronounced splitter. It is a dramatic departure from the standard front fascia. Elsewhere, the kit includes flared front and rear wheel arches and also sports extended side skirts. You will no doubt also notice the large rear lip spoiler and the striking carbon fiber rear diffuser. To complement the new bodykit, the C8’s owner has also had it equipped with a set of ADV10F Track Spec Advanced Series wheels that measure 20×9.5 at the front and 21×12 at the rear. These wheels have a brushed gloss liquid spoke finish with exposed titanium hardware.

Completing the visual changes made to the car is the fitment of an air suspension system so it can be lowered to within just a few millimeters of the road. That makes it look great for a photoshoot but not so good for driving on the street.

Some other changes have been made to the Corvette. These include a Borla exhaust system, aftermarket throttle bodies, a Halltech air intake, and a roll cage. 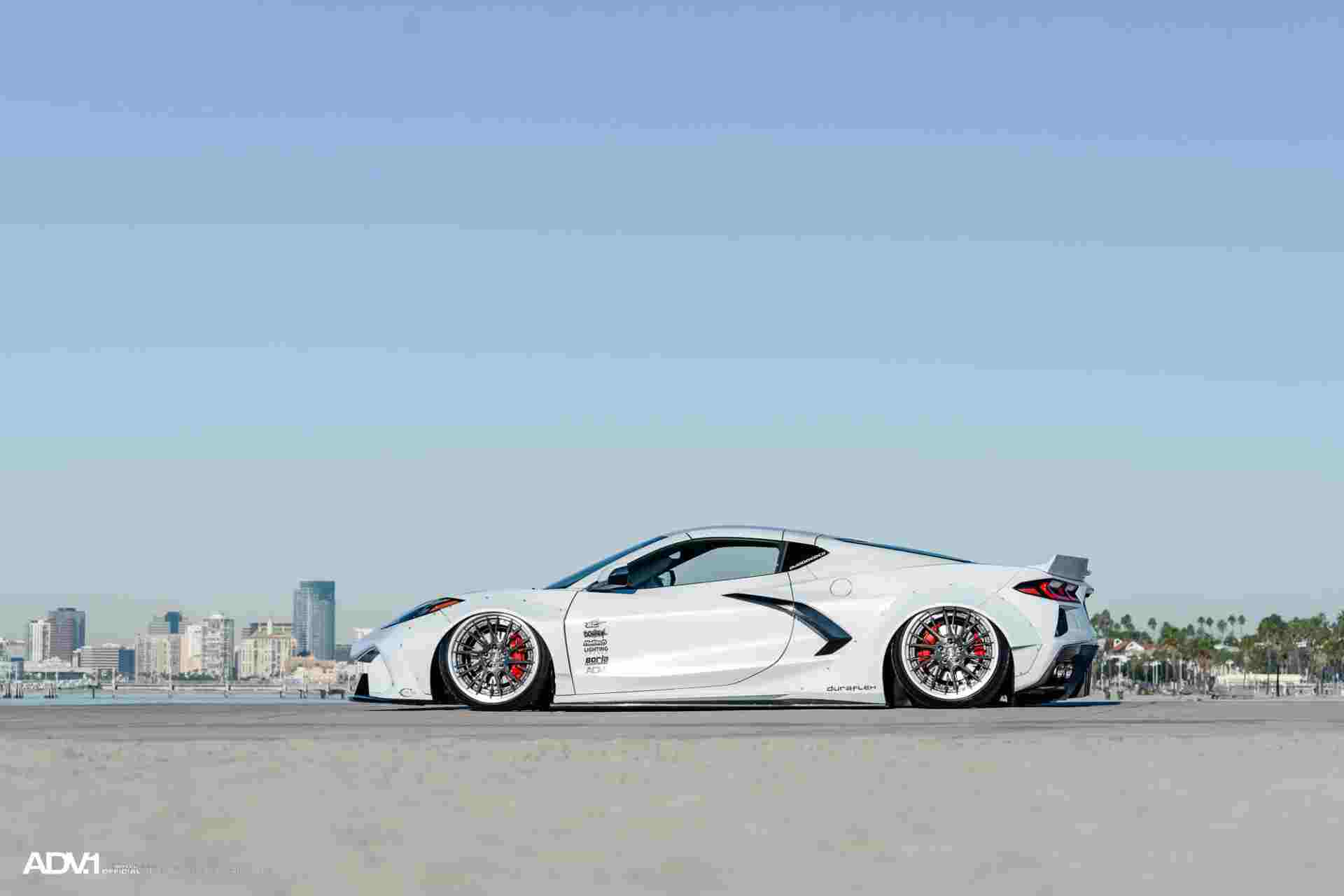 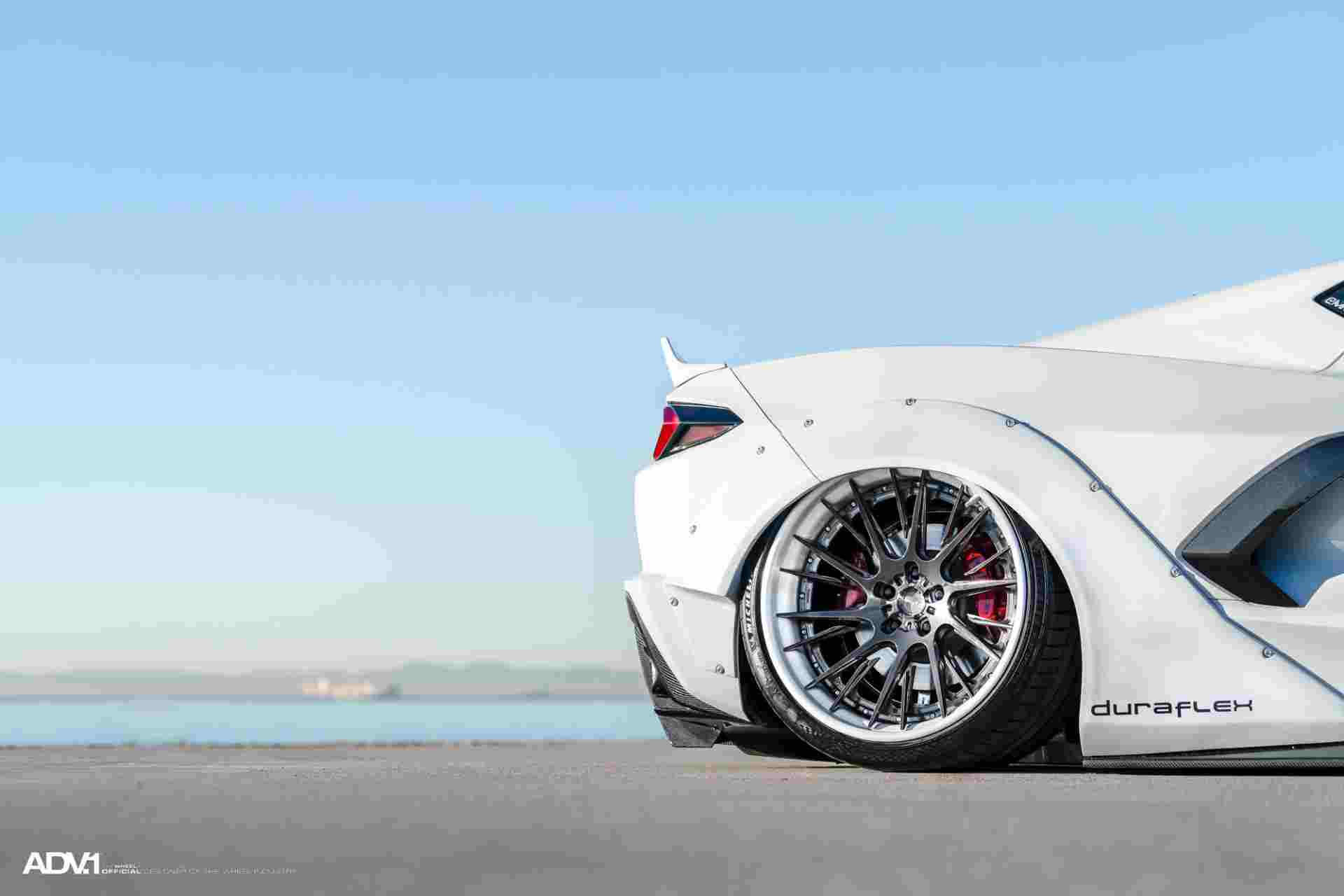 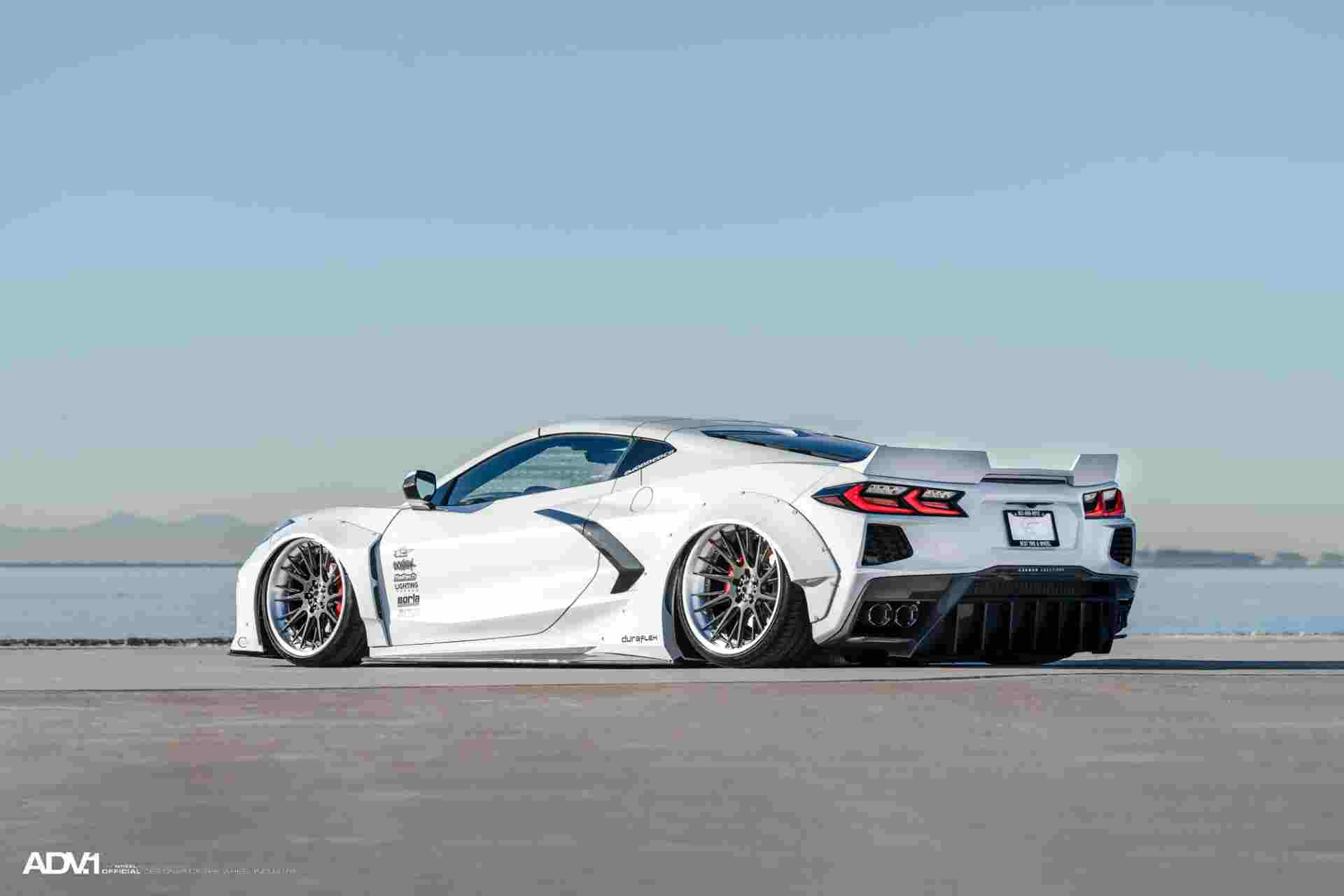