The trouble with the Nissan 240SX is it’s just too tempting to get up to mischief in one. Which is why, more than 20 years after the model went off sale in the U.S., it’s difficult to find one that hasn’t been thrashed within an inch of its life by young blades living out their Hakone Turnpike drift-o fantasies.

And even cars that have somehow survived without being driven sideways around every single curve are likely to be showing evidence of rot in the rear arches by now. But that’s not a worry with this timewarp 240SX, which has covered a minuscule 590 miles from new.

Of course, it is just about possible that the original owner lit the thing up the moment he left New River Nissan in Christiansburg, Virginia, after first grabbing the keys, and decided that traveling 590 miles while looking through the side window was the best way to run-in his 2.4-liter inline four. But we doubt it.

U.S.-based S14 fans got a bit of a bum deal when it came to power units compared to their Japanese, Australian and European cousins. Every example of the second-generation North American 240SX came with a 2.4-liter naturally aspirated inline four making 155 hp (157 PS) and 160 lb-ft (217 Nm) of torque. That said, we’re sure we could still have plenty of fun in this modestly powered Ultra Red coupe, particularly since it comes equipped with a five-speed manual transmission instead of the optional four-speed auto.

The period style of the gray velour sports seats and cheap-looking white instrument faces reveal the car’s age in a way the condition of that trim and the body certainly doesn’t, though the dealer does fess up to paint chips being present on the hood and rear spoiler. And if we’re being stupidly picky, some of the suspension and running gear components haven’t weathered as well as other cars we’ve seen for sale that have also endured almost no street use.

If you’d like to get your hands on this car, get your Bring-a-Trailer bids in before Thursday, March 31. 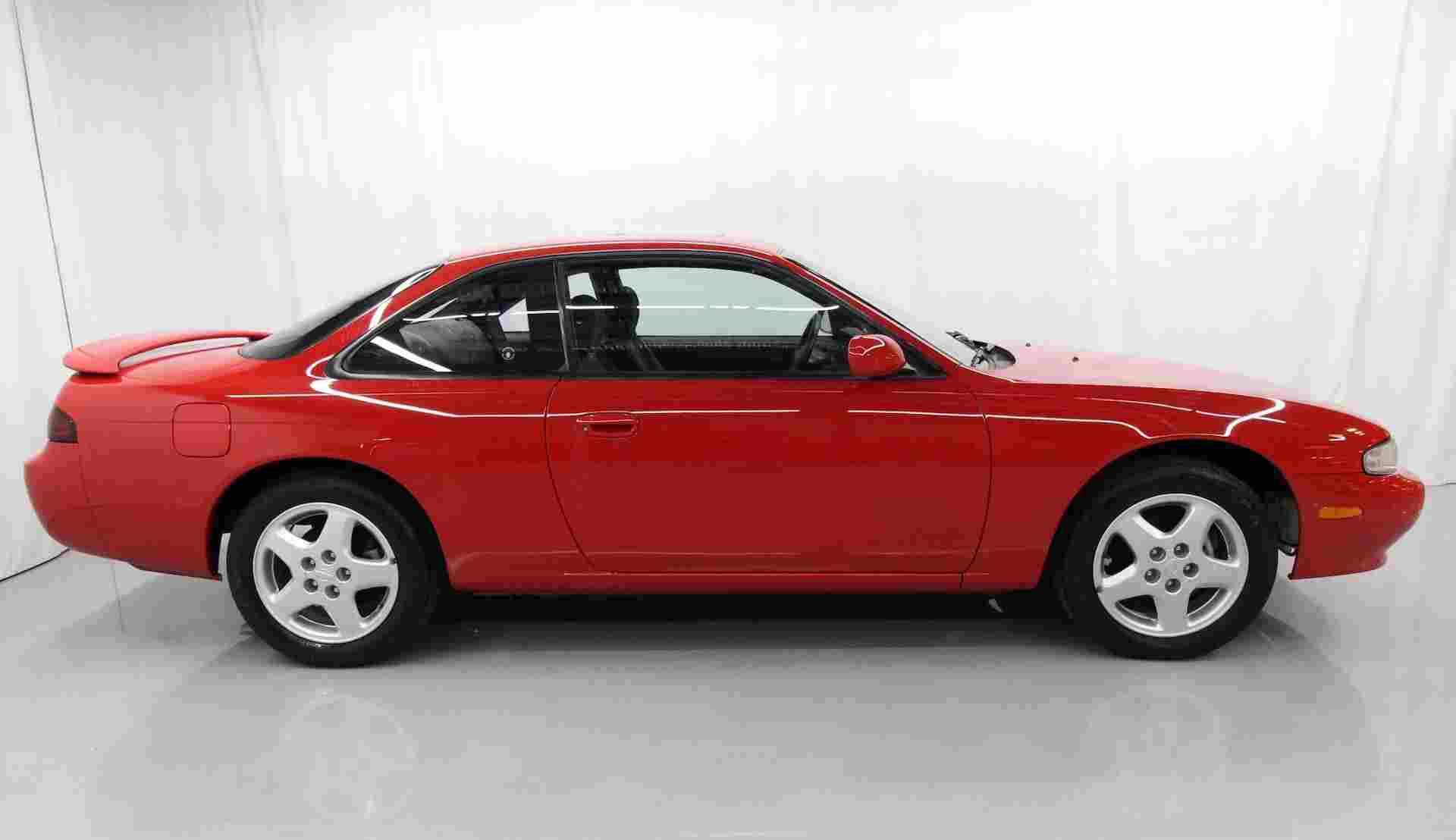 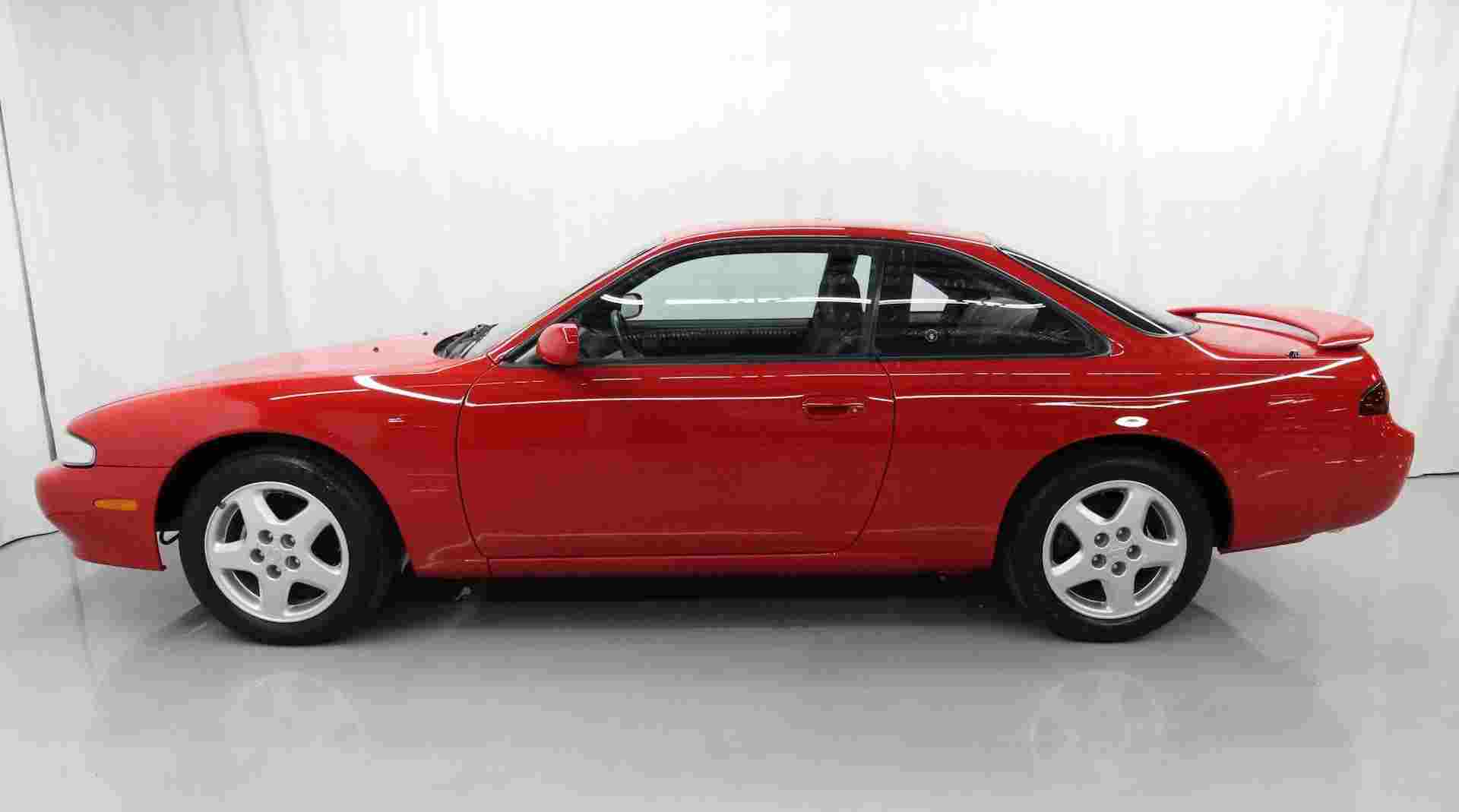