If you’re reading this in Canada surrounded by 3ft of snow, January might seem like an odd time to be shopping for a used convertible sports car. But that’s exactly why it’s the perfect time: as a buyer you’ll have less competition meaning it’s often easier to grab a bargain from a motivated seller.

“Sports car” is an ambiguous term often applied to everything from a Caterham Seven to a Mustang coupe. But for the purposes of this feature we’re focusing on two-seat car roadsters. And though our $10k budget means missing out on some sports car icons like the Lotus Elise and Honda S2000, you might be surprised how many other cars there are to choose from. Here are 10 options, all available for $10k or less. Which would you pick?

You could bundle this car’s Z3 predecessor in here, and some might prefer the way the older car looks, plus its more traditional 1990s BMW interior. But we think the Z4’s flame surfacing design looks amazingly fresh considering how bold it was at the time, plus it’s more powerful, has a better driving position, and is much more fun to drive. 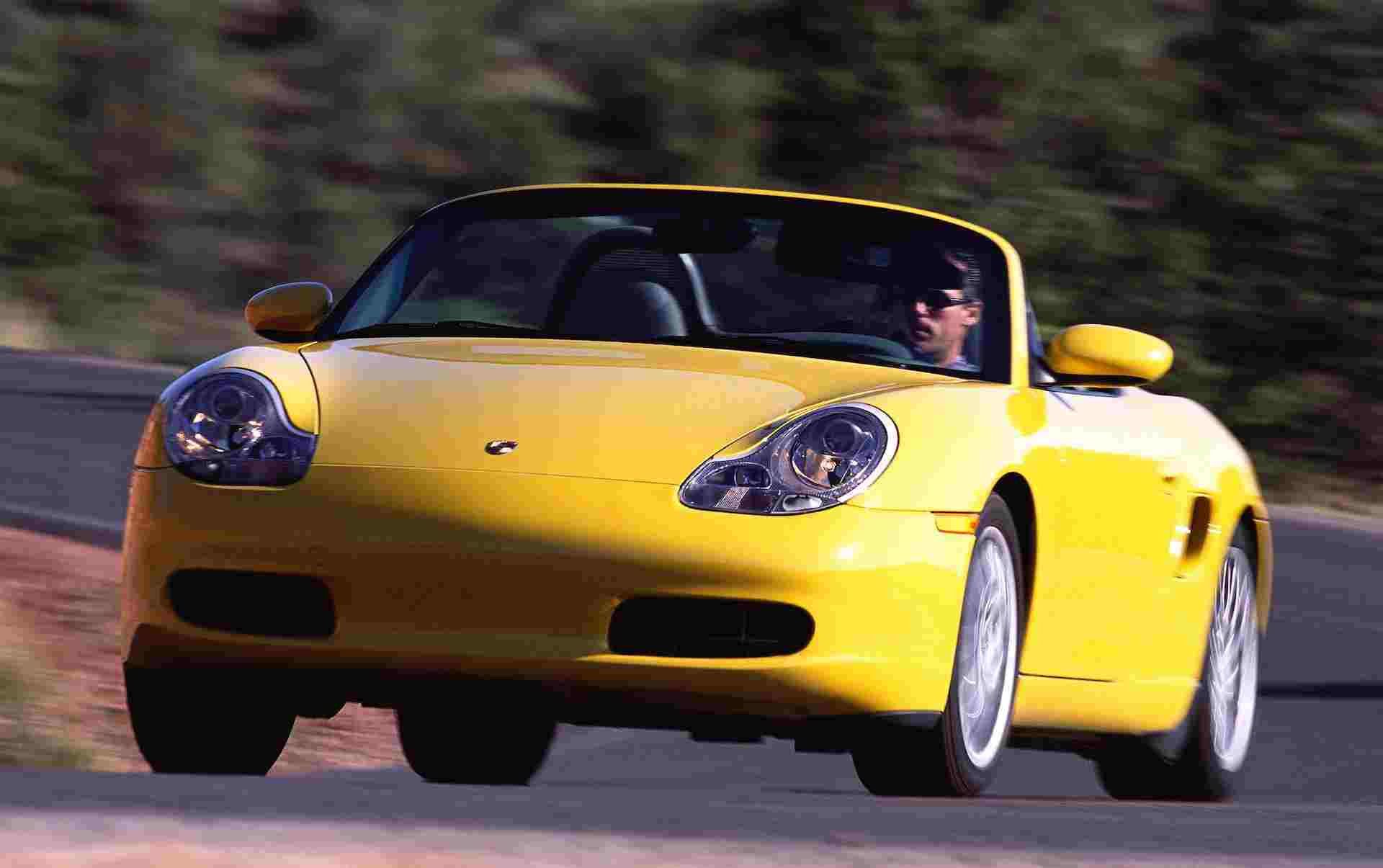 It’s a strange irony that the biggest bargain in the used Porsche world is also arguably the best to drive. Deluded fanboys will pay big money for almost anything agedly old with a Porsche badge, including asthmatic four-cylinder 944s, yet you can pick up a mid-engined, six-cylinder Boxster for less than $10k. Maybe it’s internet-fueled worries about the motor’s intermediate shaft bearing collapsing and landing them with a massive bill that puts buyers off. Their loss, we say. The early C4 Vette’s less than explosive performance is one of the reasons it’s sometimes dismissed by sports car hunters. But things got much better at the beginning of the 1990s, when GM swapped out the 250 hp (254 PS) L98 small block for the new 300 hp (304 PS) LT1. Our $10k budget just about nets us one of those LT1s in the full convertible body style that was introduced in 1986 and updated with a smooth nose and ZR1-style tail panel for ’91. Apart from the 91 Toyota Technocraft Mk2s built for the Japanese market in the late 1990s, the nearest the first and second generation MR2s came to offering wind in the hair thrills was via removable roof panels. But the Mk3 Spyder, or MR-S as it was known in Japan, was a full convertible that plenty of people will argue was actually a sharper drive than the contemporary Mazda Miata. There’s no trunk whatsoever (just a couple of cubbies behind the seats, which is disappointing when you remember how practical earlier MR2s were. And it’s a shame that Toyota never got around to fitting the 189 hp ( 192 PS) 1.8-liter 2ZZ banshee from the Celica GT-S and Lotus Elise 111R, instead deciding that the 138 hp (140 PS) 1ZZ was enough. But the Spyder is definitely an under-the-radar future classic. If we’re honest, we don’t like the Z Roadster as much as we like the coupe. It looks a little heavy around the rear, and that’s no illusion. The extra 242 lbs (110 kg) the factory roadster conversion adds hurts the performance and handling a little, too. But you’ve still got over 270 hp-worth of brawny V6 (306 hp in later cars) to play with, and you can hear it even more clearly. Opening up the budget to $12k opens the door to a wide selection of well presented sub-80k mile Zs, but if you’re prepared to put in some time sorting the wheat from the chaff you’ll turn something decent up for less than five figures. The TT’s best known as a coupe, but a roadster variant has been part of model range for over 20 years, meaning you’ll have no trouble finding one, or affording the running costs, because the mechanical setup is straight out of the VW parts bin. Our budget buys the classic Mk1 version with either the blown 1.8 four, or maybe the 3.2 narrow angle V6 if you’re lucky. But it’ll also just sneak you into the 2007-on second generation car with its tighter handling and 2.0-liter engines if you prefer that version’s slightly more modern, but blander, styling. Prefer something a little more vintage in look and feel? Nothing says “sports car” like the classic pairing of a 50-year old two-seat rag-top and matching 3 sq-ft oil stain on the drive. If you’re prepared to accept the kind of acceleration that makes a Geo Metro feel like an NHRA funny car, you could pick up a classic Triumph Spitfire (pictured above), an MGB or an Alfa Romeo Spider. Sixties Spiders like the Duetto Dustin Hoffman drove in The Graduate are way out of reach, but the slightly later 1970s and 1980s Kamm-tail cars are just about within grasp if you’re not too picky about condition, and give much of the same feel. Unfortunately, Alfa never brought the wedgy late-1990s/2000s Spider available in Europe to the U.S. Feeling brave? You’ll have to be to drop $10k on a cheap SL, whether its the 1989-2001 R129 or the even more complicated R230 that followed (seen above). But we can see the appeal, particularly with the later car. They still look a like a million bucks, but might feel like you’ve spent that much if you fall down a rabbit hold trying to fix the air suspension and endless electrical problems on a bad one. So you might want to consider the slightly less exotic, but still stylish SLK, the car that helped kick start the 2000s craze for retractable hardtops. Don’t expect much in the way of entertainment though; we’ve driven minivans that are more fun. 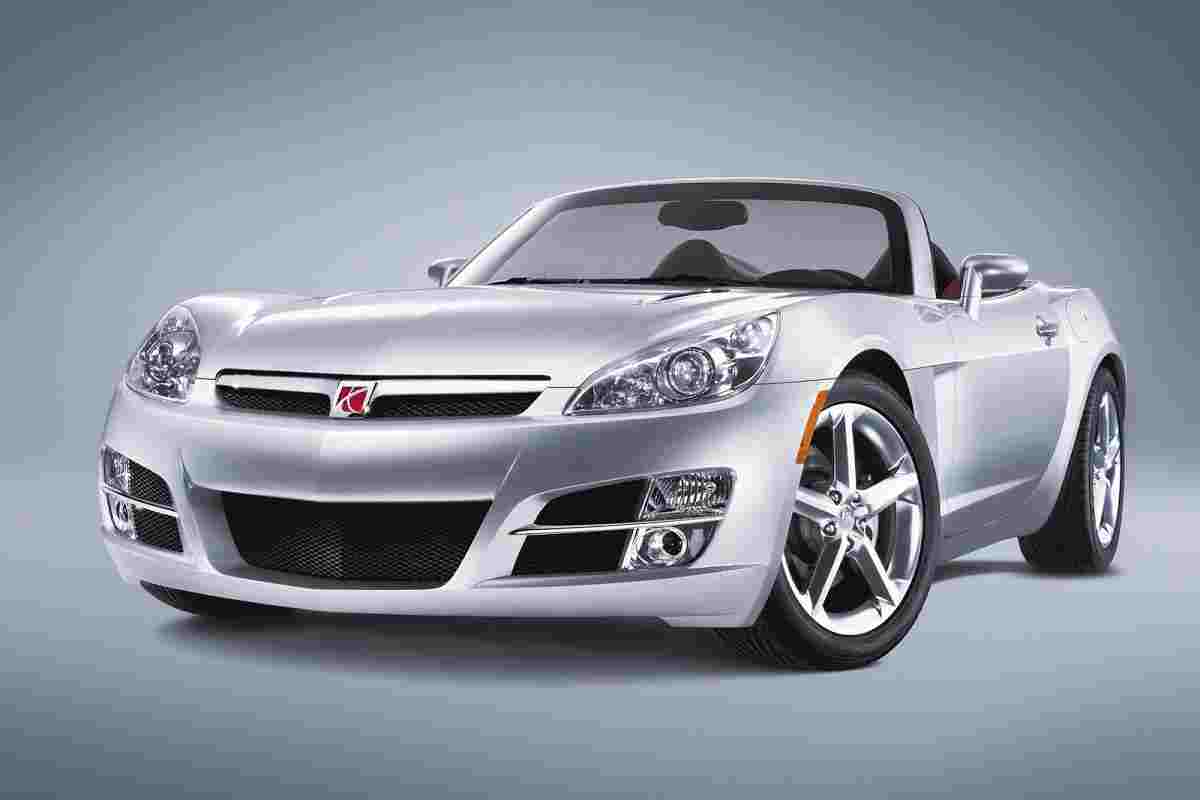 GM’s mid-2000s attempt to capture sales from the Mazda Miata resulted in the Pontiac Solstice and Saturn Sky. Neither car sold as well as hoped and they’re almost completely forgotten today, which is one reason why they’re such massive bargains. Base cars came with a naturally aspirated 177 hp (180 PS) 2.4-liter four and were pretty brisk, registering 6.9-seconds to 60 mph. But the optional turbocharged 260 hp (264 PS) motor that came later hurled the Sky/Solstice twins to 60 mph in just over 5 seconds, a number that gets even more amazing when you look around and see you can pick one up for less than $10k. 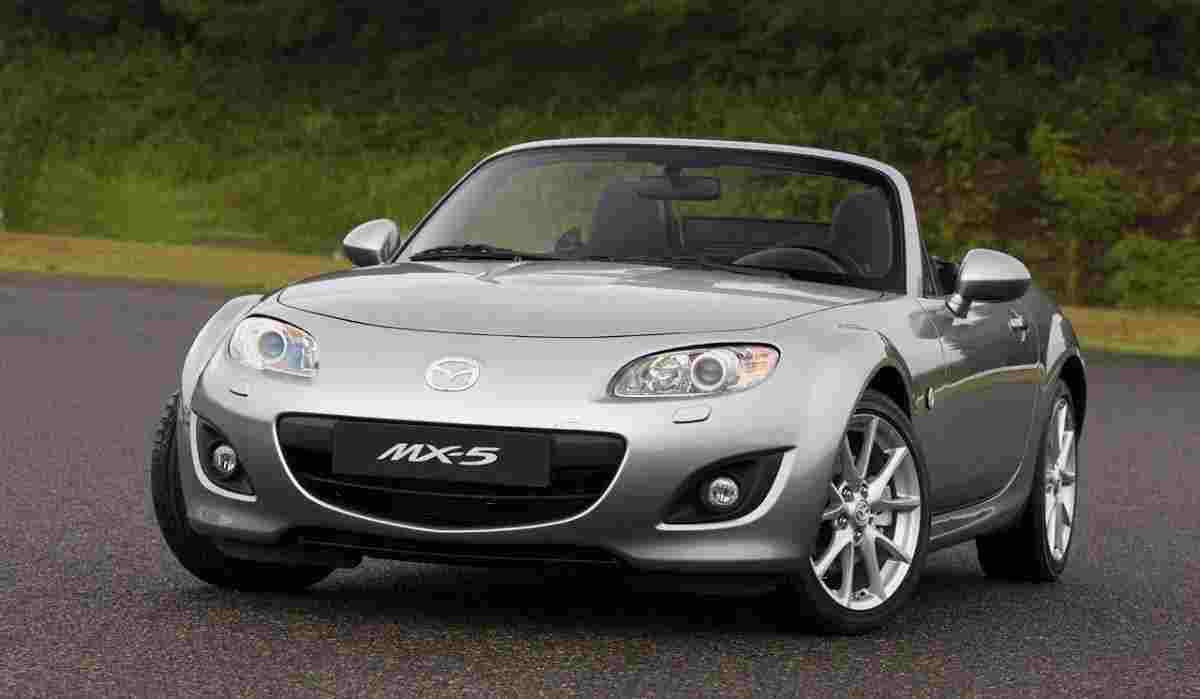 Come on, did you really think we would leave it out? You won’t get into the current-shape ND MX-5 for $10k, but there are plenty of first, second, and third-generation cars to choose from, including the gen-three’s clumsily titled, but well executed, MX-5 Miata Power Retractable Hardtop. 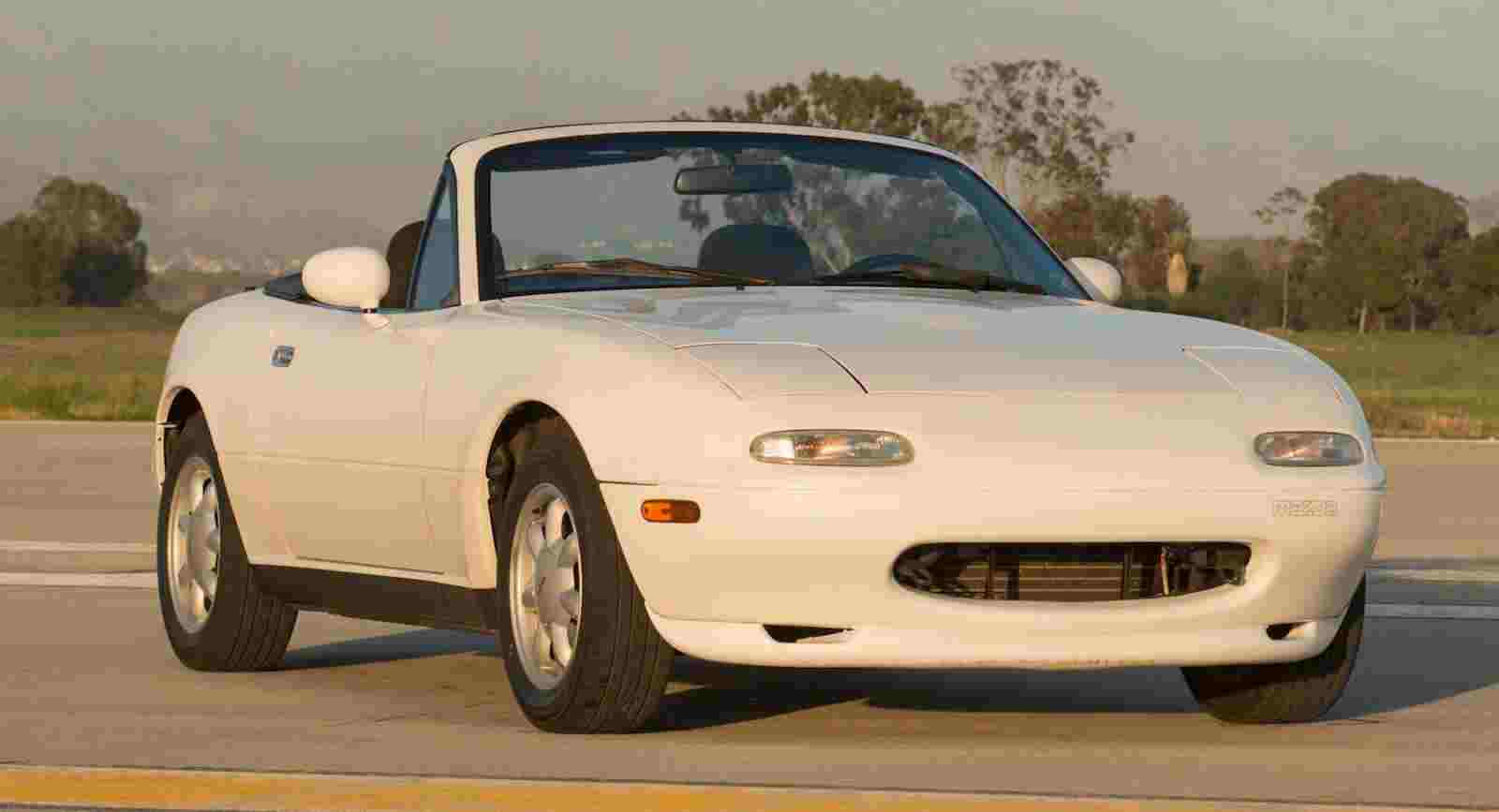 Chances are though, if you’re buying for weekend fun, you’re after the original NA Miata. Trouble is, so is everybody else. Hagerty recently posted about how the days of the bargain Miata are disappearing fast, claiming that the very best early cars are now changing hands for over $30,000. You can still get a nice driver-quality car for less than $10k, but maybe not for long.