Toyota will suspend all factory operations in its native Japan tomorrow (Tuesday) after a supplier to the OEM was rocked by an apparent cyberattack.

“Due to a system failure at a domestic supplier (KOJIMA INDUSTRIES CORPORATION), we have decided to suspend the operation of 28 lines at 14 plants in Japan on Tuesday, March 1st (both 1st and 2nd shifts). We apologize to our relevant suppliers and customers for any inconvenience this may cause,” Toyota said in a statement. “We will also continue to work with our suppliers in strengthening the supply chain and make every effort to deliver vehicles to our customers as soon as possible,” the company added. Kojima Industries provides Toyota with plastic parts and electronic components and does not appear to know who was behind the attack or why, Nikkei reports. It’s also unclear whether the attack on Kojima is in any way related to the sanctions being applied to Russia by Western powers following its invasion of Ukraine.

Toyota has 28 assembly lines at 14 plants in Japan and the suspension of factory activity will result in Toyota losing 13,000 cars if the suspension is limited to just one day. But it may last much longer. The Nikkei says Toyota is looking into whether it will be possible to restart production later this week.

The news will be particularly frustrating to the company following two years of intermittent disruptions due to the COVID-19 pandemic and semiconductor supply problems. And Toyota’s attempts to fight back to full production in 2022 have already suffered multiple setbacks. Autonews reports that the company’s production fell 15 percent in January versus the same time last year when it was forced to stop activities while the Chinese city of Tianjin carried out mass testing on its residents. 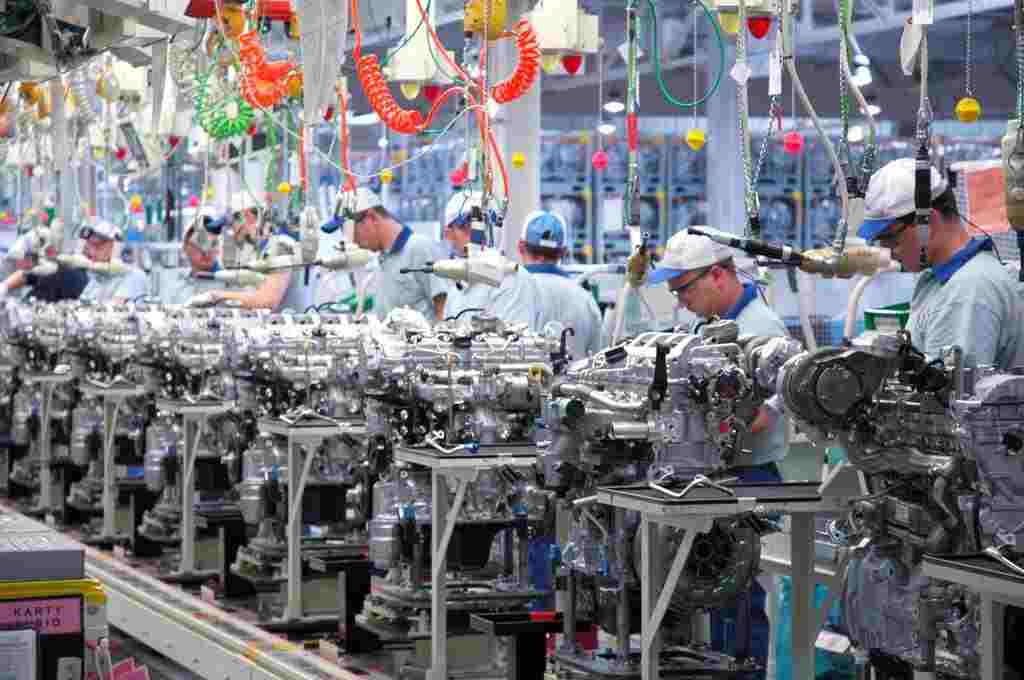 Toyota’s European plants like this one in Poland are unaffected

And earlier in February, Toyota’s North American operations were hurt by protests that disrupted trade routes between the U.S. and Canada. The Ambassador Bridge linking Windsor with Detroit was closed for almost a week after being blockaded by protestors over curbs to freedom.

Toyota has been forced to reduce its projected output forecast for the year as a result of those disruptions. A previous target of 9 million units for the fiscal year to March has now been cut to 8.5 million.