The Ford Maverick has already proven to be a huge success for the company and while it is the entry-level hybrid variant that has attracted the most attention, the more powerful EcoBoost is also popular.

Typically, the 2.0-liter EcoBoost four-cylinder available with the Maverick pumps out 250 hp and 277 lb-ft (376 Nm). Those are good figures for a truck of this size but weren’t quite enough for Maverick owner Michael Kildoo who recently took to the 2022+ Ford Maverick Upgrades, Hacks, and Information page on Facebook to show how he had managed to increase power while also improving fuel efficiency.

Kildoo has fitted his Maverick EcoBoost with a resonator delete, dual exhausts, a four-inch performance intake, and a Pedal Commander tune. While he does not know exactly how much power the truck is now pumping out, he recently used a GPS timing device to record a 0-60 mph (96 km/h) sprint of just 5.5 seconds and a quarter-mile time of 13.87 seconds. To put that time into perspective, Car and Driver needed 13.9 seconds to run the quarter-mile in a 2021 Ford F-150 Raptor while testing it last year.

The improvements in fuel efficiency are equally as impressive. Speaking with The Drive, Kildoo says he regularly averages 30 mpg. That’s significantly better than a normal all-wheel drive EcoBoost that averages 25 mpg over the combined cycle. Kildoo says that on one roadtrip he averaged an indicated 41.1 mpg, which he worked out to actually be 39.25 mpg. While this roadtrip was primarily on highways, it is better than the official 37 MPG combined figure of the Maverick Hybrid. 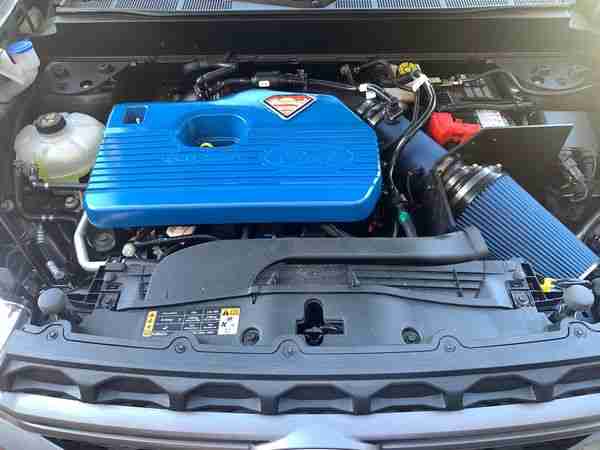