General Motors has revived the Hummer brand and there are some that would love to see the same miracle take place with regard to Pontiac. While that doesn’t look like it’s in the cards, this 155-mile example of the G8 GXP might be the best way to fulfill that fantasy.

Sure, you’ll be spending that cash on a 2009 model year Pontiac that was actually built back in 2008, you know, when George W. Bush was still in office, but this car might be worth it. 155 miles on the odometer mean that this four-door muscle car isn’t even fully broken in yet. According to the seller, it still has that new-car smell too.

This car’s low mileage isn’t the only highlight though. As mentioned above, it’s the GXP trim that is rare on its own. This one happens to have a manual transmission and is evidently one of just 18 cars to ever be sold with this color combination. Outside we can see the Panther Black Metallic still looks as it should considering this car’s mileage and the interior might be even more impressive. Covered in Onyx and Red it’s clear immediately that this isn’t just another ho-hum American sedan from the time period. 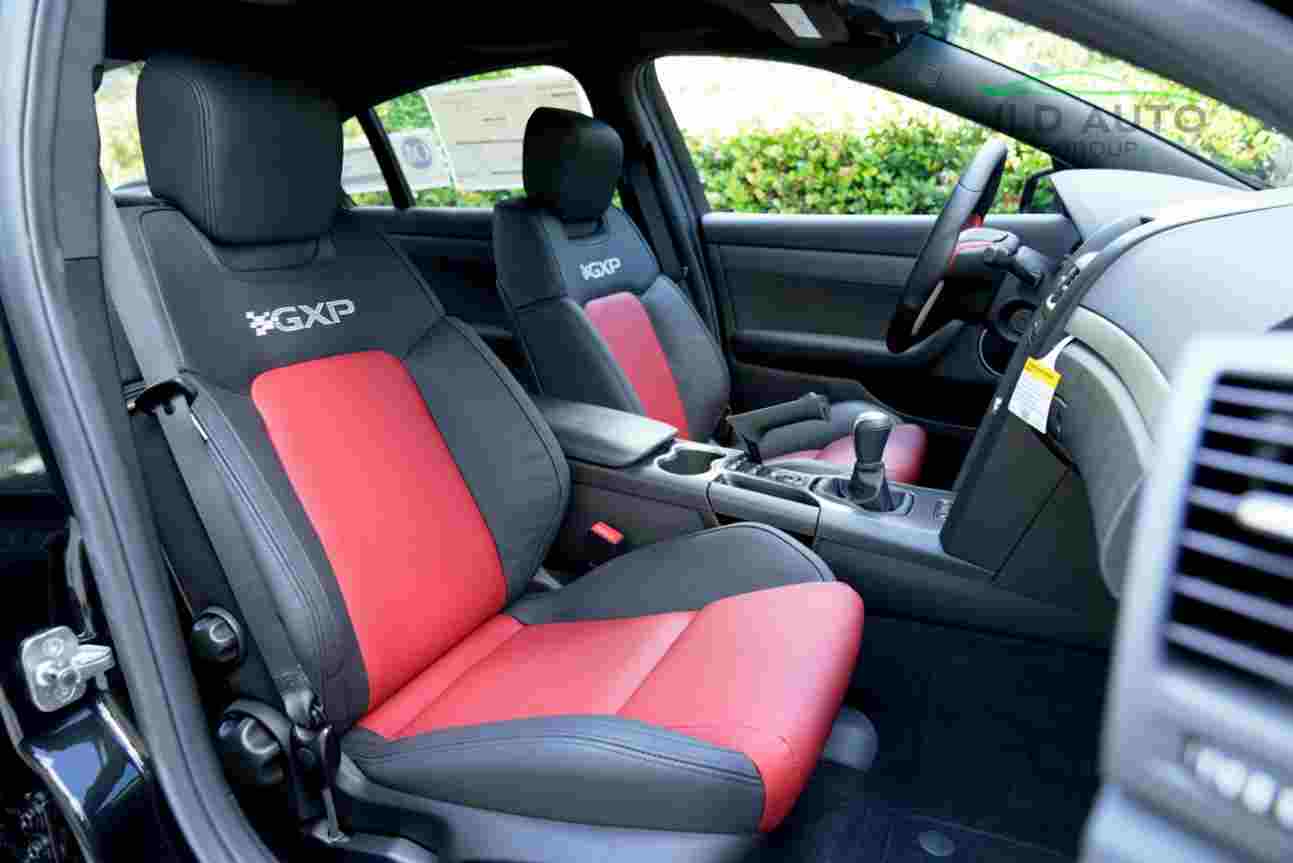 Under the hood is a 6.2-liter LS3 V8 making 415 hp. That’s the most any stock Pontiac has ever made and in the G8 GXP it was a revelation to many. The Tremec TR6060 six-speed manual in this car was the only three-pedal transmission offered in the G8 and it highlights how overbuilt much of this car is. In fact, it was so good that at the time of release, some called it the four-door Corvette thanks in no small part to its development on the Nurburgring.

Sadly, the G8 GXP showed up to the party too late to save Pontiac as a brand. When brand new, this car started at $39,995. Now, it has an asking price of $68,800. And while it comes with everything from the original sale including the window sticker, both keys, and more, and yes, it’s barely been driven, we think that it is quite expensive, especially if you consider what else you could be getting for the money (a brand new 2022 Corvette coupe for $6.6k less, anyone?).