BMW M, which is celebrating its 50th anniversary this year, unveiled their latest MotoGP safety car which is no other than the M2 CS Racing, a track-only variant of the driver-focused M2 CS.

Using a racecar as a safety car is a pretty logical thing to do. However, the M2 CS Racing is based on the previous generation 2-Series which means it will feel a bit outdated soon after the upcoming launch of the brand-new M2. Having said that, the M2 CS is still a gorgeous performance-focused two-door coupe, fitted with a special livery and extra light bars for its new role. 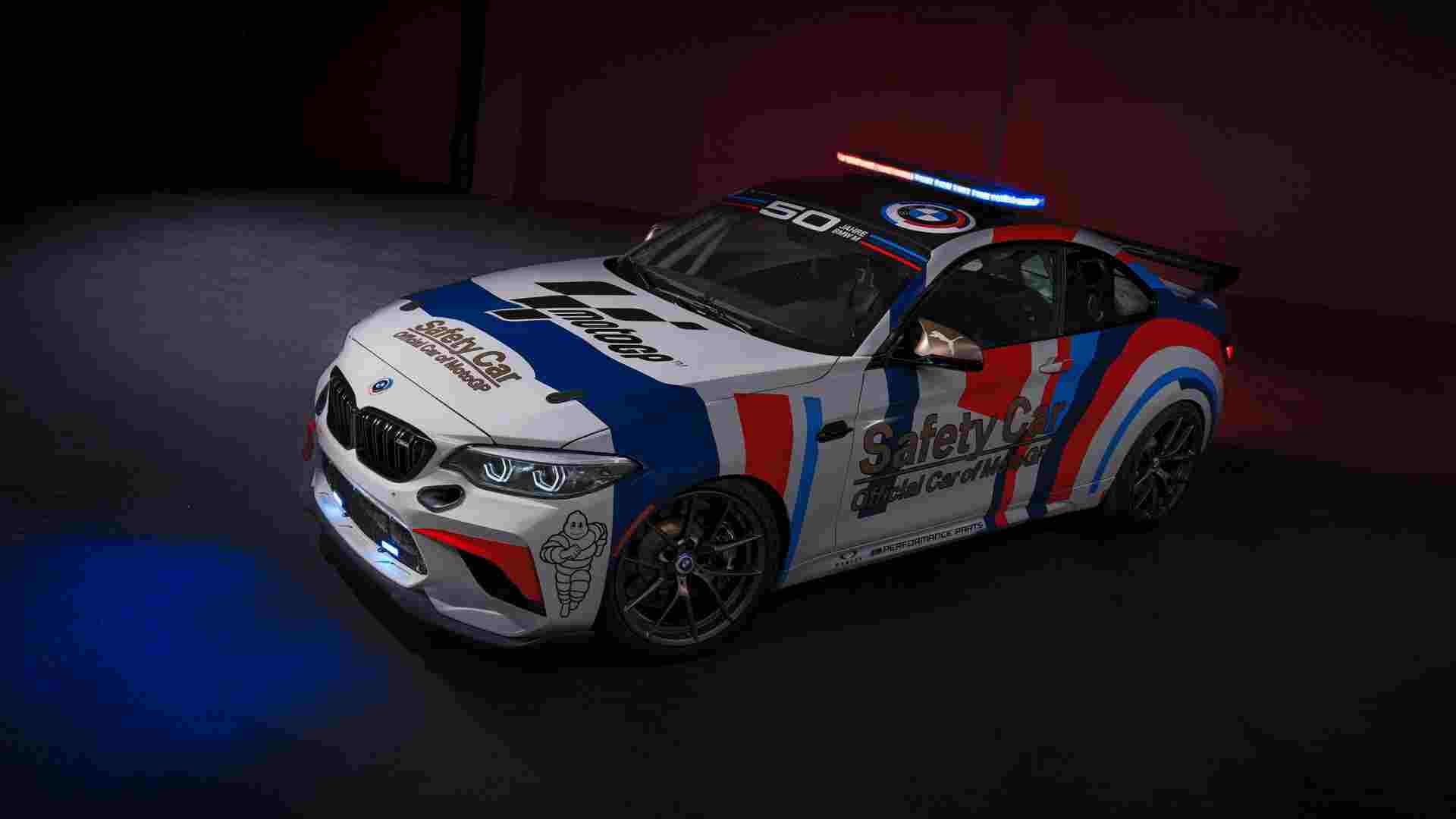 Under the bonnet, the twin-turbo 3.0-liter straight-six engine produces up to 444 hp (331 kW / 450 PS) depending on the setup. Upgrades over the road-going M2 CS include a Drexler mechanical limited-slip differential with separate cooling, tweaked ABS and DCS, ZF Sachs dampers, adjustable anti-roll bars, new engine mounts, and more.

This is not the first time an M2 is a safety car in MotoGP, since BMW used the regular, non-CS version during the 2016 season. Since 1999, the MotoGP fleet has included several BMW M models. Specifically for this year, the fleet comprises the M3 Competition, M4 Competition, M5 CS and M8 Competition Gran Coupé safety cars, the X5 M Competition Medical Car, and two BMW M 1000 RR Safety Bikes. Also, the fully electric BMW i4 M50 Safety Car will lead the field in the MotoE World Cup.

The M2 CS Racing MotoGP Safety Car will make its debut on March 6 at the Grand Prix of Qatar. The track-only model that was unveiled in 2019 is participating in the BMW M Customer racing program, with prices starting from €95,000 ($107,384) before taxes.