This article includes independent illustrations for a hypothetical Cadillac electric sedan made by designer Gyuwan Kim who is neither related to nor endorsed by the GM brand.

Cadillac is venturing on a bold all-electric future and while this will result in the deaths of some particularly special combustion engines, it will also lead to the creation of some models with designs unlike any Cadillac before them.

Take Cadillac’s first EV, the Lyriq, as an example. The automaker’s designers could have easily made it look just like any of its ICE models but instead went down a different route, adopting a futuristic design that will really make it stand out on the road. The Cadillac you see isn’t an official project from the brand but would sit neatly in the company’s electric future. 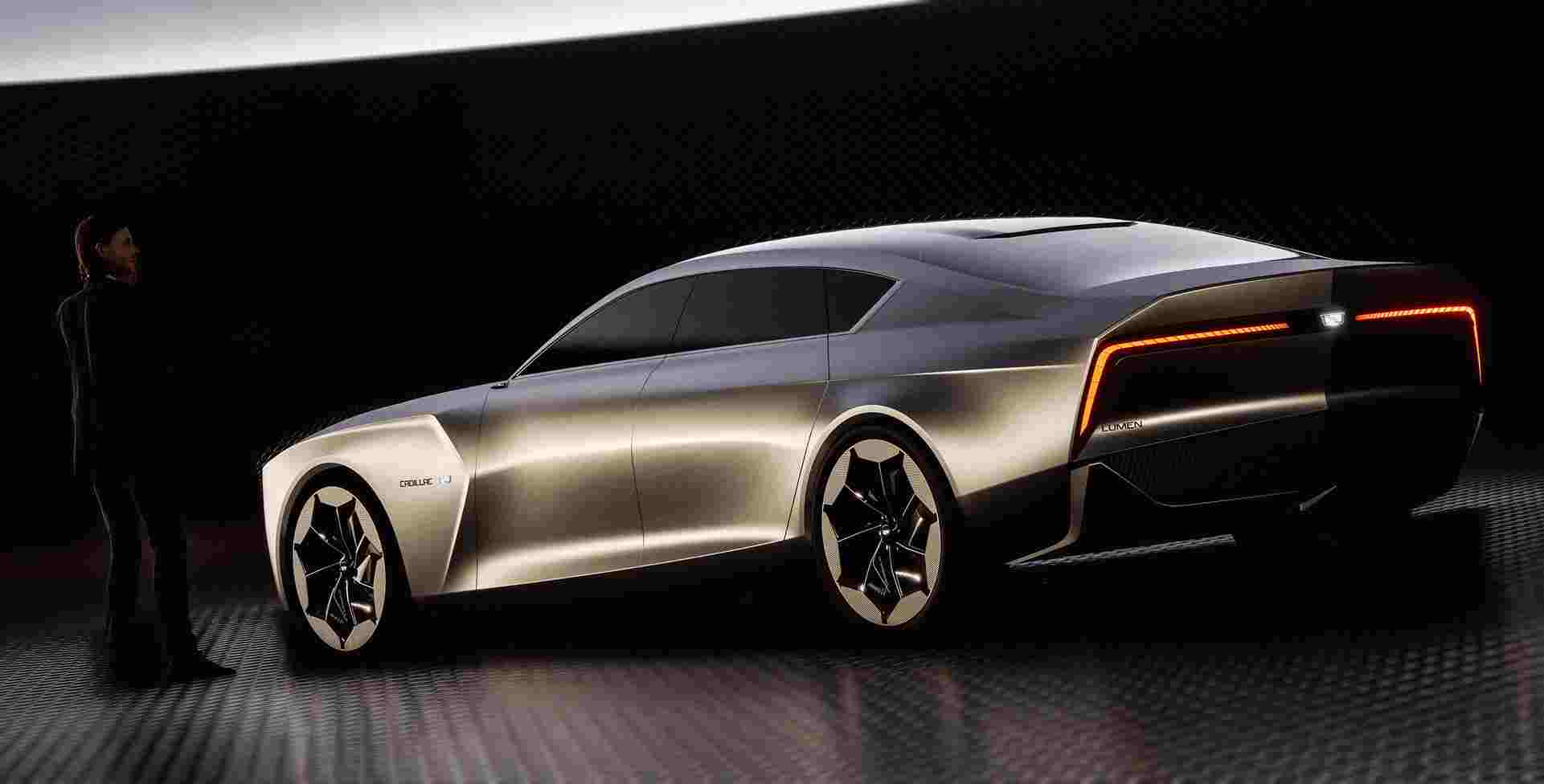 This vehicle is dubbed the Cadillac Lumin and has been created by Behance designer Gyuwan Kim. It takes the form of a luxurious four-door sedan that is similarly as bold and futuristic in its design as the Lyriq.

The front of the Lumin is particularly noteworthy as the entire faux front grille lights up with thin strips of LEDs. The Lumin then also has brighter LED headlights and daytime running lights to add to the intriguing look. Also catching the eye are the squared-off shape of the front fenders that perfectly complement the aggressive design of the wheels.

Like any good concept, the Cadillac Lumin lacks traditional door handles and has small cameras instead of traditional wing mirrors. The side profile is particularly sleek thanks to the low roofline and narrow side windows.

Perhaps our favorite angle of the Lumin is the rear. Much like the Lyriq, the rear of this Cadillac is dominated by the LED taillights that take the shape of an ‘L’ lying on its side. The Cadillac badge is also illuminated while there is also a vertical third brake light lower down on the fascia. Another striking aspect of the sedan’s rear is the lip spoiler.