You may have never heard of the Subaru 360 before but it is quite possibly the most adorable car produced by the automaker and now is your chance to own one.

As you may have guessed, the 360 was built in compliance with Japan’s Kei regulations and is absolutely tiny as a result. In fact, it weighs just 900 lbs (408 kg) thanks in part to the lightweight fiberglass roof panel and is powered by an air-cooled two-stroke 356 cc two-cylinder engine mounted at the rear, just like a Porsche 911 (only much smaller). It also rocks a three-speed manual transmission. This particular 360 is available through Bring a Trailer and is painted in a light shade of blue. It was imported into the U.S. last year and sits on a set of 10-inch wheels wrapped in Dunlop SP10 tires. It also comes with a matching spare wheel with a Dunlop K888 tire in the front trunk. Braking is handled by drums at both the front and rear.

Unsurprisingly, the interior is quite sparse but does stand out thanks to the bright red vinyl adorning the seats and door panels. The tiny kei car also features a Subaru-Sanyo AM/FM radio, black rubber floor mats, and a heating system. There is also an incredibly thin two-spoke steering wheel.

The listing notes that the car has only been driven 26,000 km (~16,000 miles) since leaving the factory all those decades ago. This is far from the fastest Subaru out there but if you were to rock up to a Cars & Coffee event in this, we’re sure it would turn many more heads than a WRX STI. 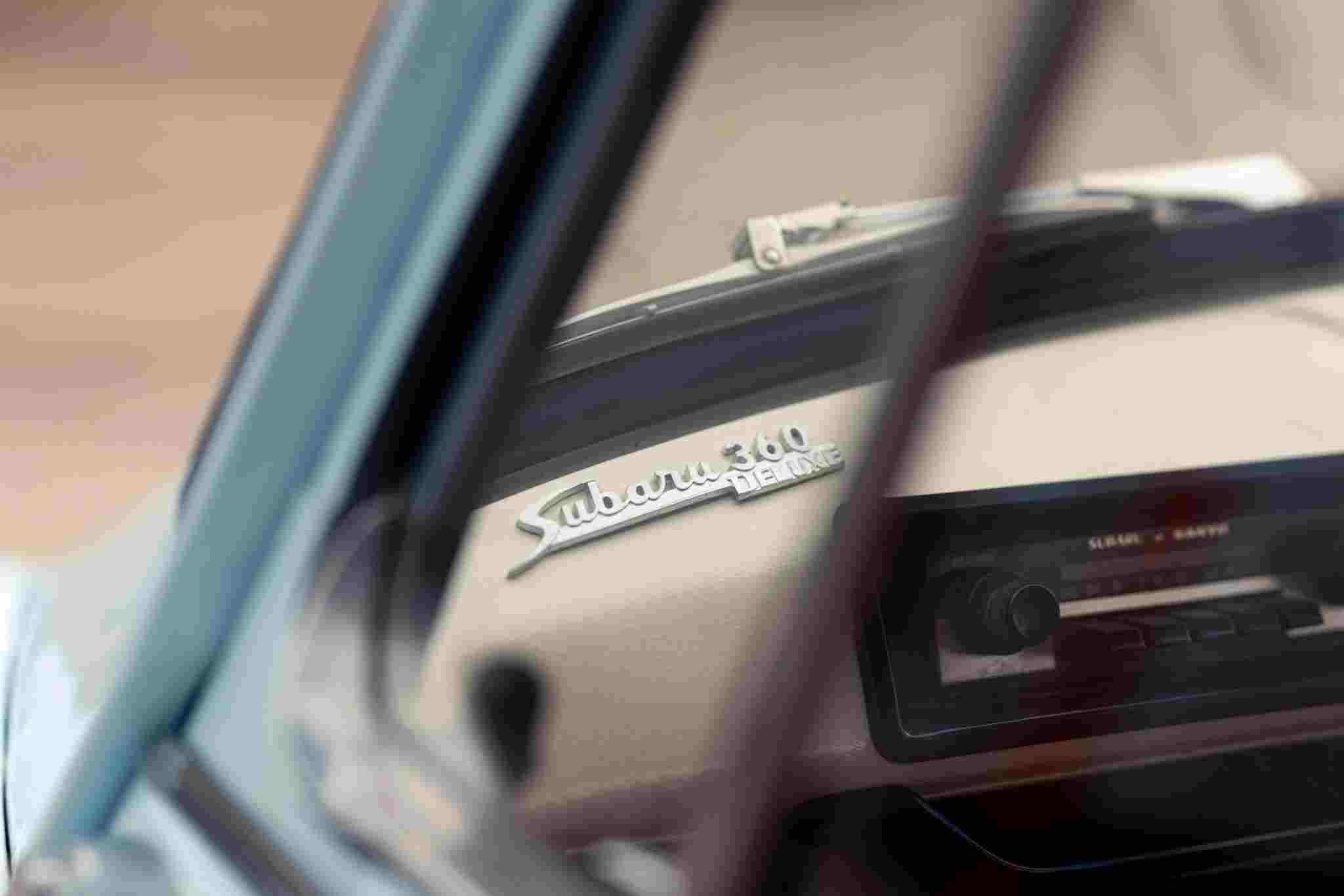