There’s a buzz around EVs right now, but it was RVs that had captured the nation’s attention back in the 1960s and 1970s. So much so that GM thought it would cash in on the craze and develop its own from the ground up, the GMC MotorHome.

Most recreational vehicles (RVs) were built by small independent firms using existing truck chassis and were compromised as a result. The floors were too high and they rode badly so they felt unrefined no matter how opulent the interiors were. But with the resources of an automotive giant at its disposal, GM’s team started from scratch with a plan to build a motorhome that had some of the style and comfort of a car.

To achieve a flat floor it went for front-wheel drive, something made easier by the fact that the Oldsmobile Toronado coupe already employed a huge 455 cu-in. (7.5-liter) V8 driving the front wheels, something not lost on existing RV makers like Revcon. The styling, meanwhile, was modern with acres of glazing to let light in, and a sloping nose that made at least a vague attempt at being aerodynamic. And to deliver a suitably smooth ride, the bespoke chassis featured fully independent rear suspension and air springs. When you consider that many of GM’s cars of the period, like the Chevy Nova and Camaro, were still rear-wheel drive and riding on leaf springs, the MotorHome was unusually sophisticated.

GMC announced the project in 1972, offering 23 ft (7,010 mm) and 26 ft (7925 mm) lengths, which customers could have fully fitted out by General Motors, or delivered as a bare TransMode van to build out as they pleased. But disappointing sales, and the discontinuation of the 455 Olds motor that required substituting in a less powerful 403 (6.6-liter) engine, led GM to discontinue the program only five years later.

Today though, the GMC MotorHome still looks surprisingly sophisticated with its low, relatively streamlined body, and the RV has something of a cult following, meaning there should be plenty of interest in this 1973 example which is for sale on Bring-a-Trailer. Benefiting from a $26,000 overhaul during 2020-21 that included replacing the 455-cube V8, the three-speed automatic transmission, generator and tires, plus reupholstering the funky 1970s interior, it’s in good, but not perfect condition. Although the air suspension system has been serviced, the seller says the dashboard controls for it have been disconnected.

But it looks ready for an adventure and is a heap cooler than your average bland white RV box. If you want to take a road trip back to 1973 and can handle single-digit fuel economy, the auction ends on February 24. And if you want to read more about the GMC MotorHome story, Silodrome has a great article covering the model’s backstory that includes some period retina-burning pictures of alternative interior trims. 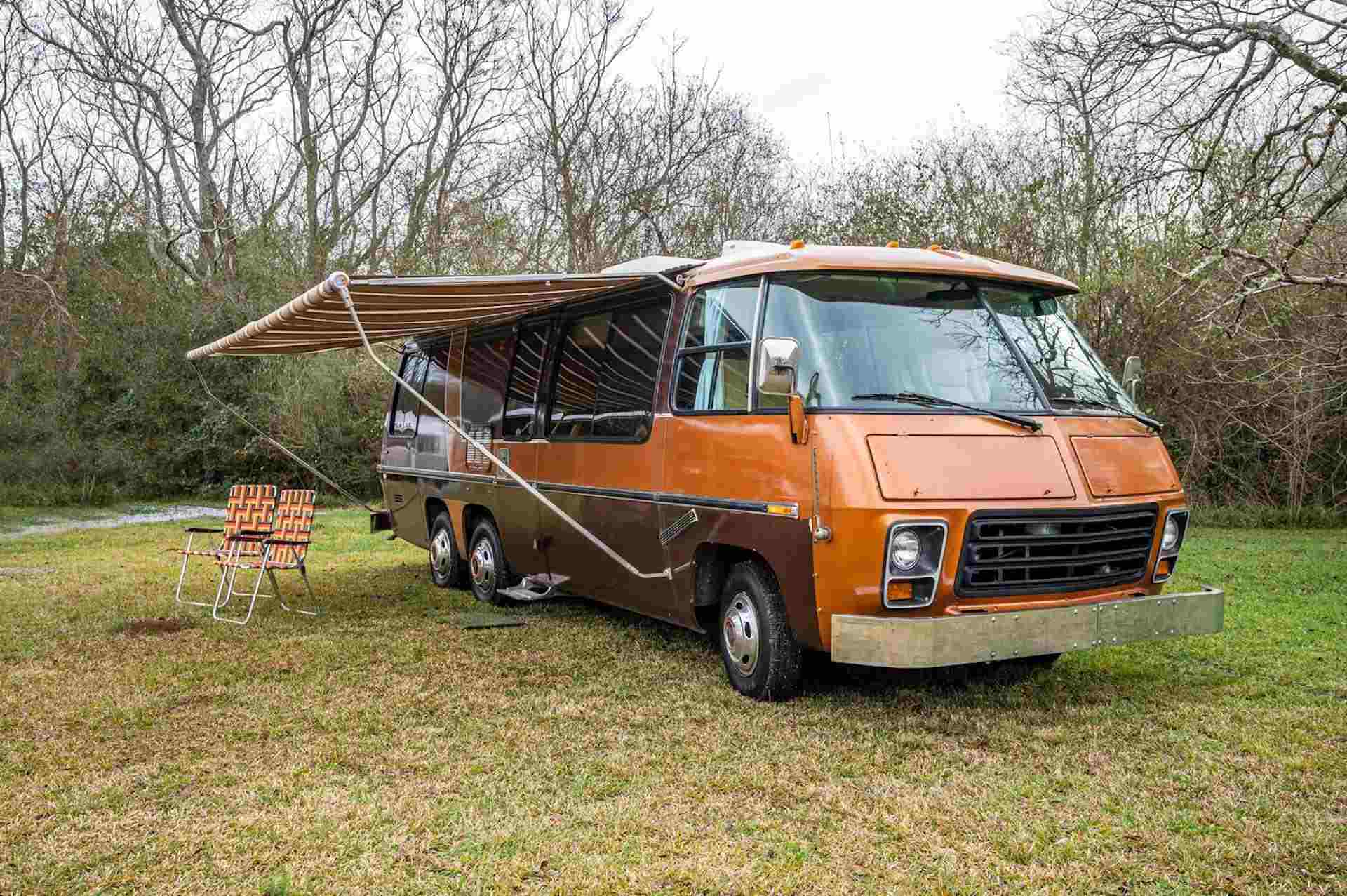 2022 VW GTI Disappoints Yet Another Reviewer With Its Features

Lotus Plans To Go Public With Its Technology Division