The car you’re looking at is the Toyota Origin, a frankly odd and very rare retro-styled four-door sedan from the year 2000. It features the tried and true 2JZ naturally aspirated six-cylinder engine, amazing technology, and suicide doors that make it clear to onlookers that this isn’t just another Camry. Now, it’s just a few years away from legality here in the USA and we’ve found a couple for sale on the other side of the globe.

Toyota built the Origin as an ode to the Toyopet Crown, otherwise known as the first Japanese car to be sold in the USA. That’s why this oddly proportioned car looks the way it does. The original Toyopet sort of looked like a classic American sedan on a smaller frame and so the Origin follows suit.

The retro styling of the Origin could definitely be better executed but it does pay tribute to the original nicely. The interior also nods to the Toyopet but it does so by providing some surprising luxury features for its day. It even has an active air purifier with four different settings. 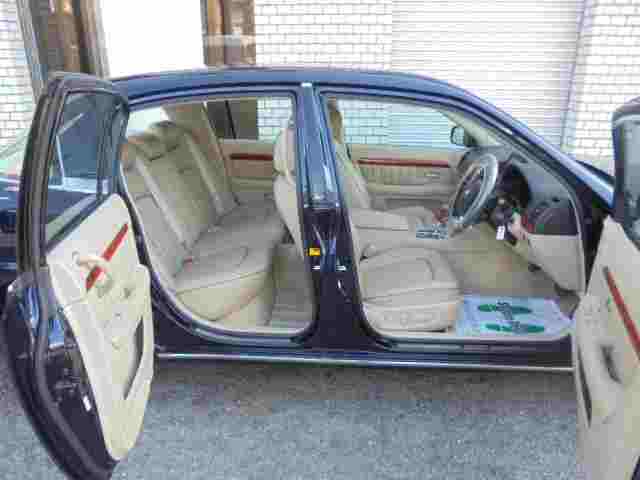 It’s also got dual-zone automatic climate control and a pop-up infotainment system that features DVD Voice Navigation. Between the three different models we’ve found on sale, they range in price from this one with 204,000 km (127,000 miles) for about $21,000 to much lower mileage ones like this for about $51,000. That’s a huge swing in value but keep in mind that this is one rare car.

Toyota only built 1,073 examples and every one of them had the 2JZ under the hood and luxury items in the cabin. Sure, it’s no R34 GT-R but at the same time, it’s the only reliable Japanese sedan with suicide doors that we can think of. Might as well get it now and import it when it becomes legal in a few years. Of course, if you’re in Canada, you can have it right now. Enjoy the video tour of a different Origin below.