Mercedes-AMG has unveiled its challenger for the 2022 Formula One World Championship. The W13 chassis will first roll its wheels in anger against the competition at the first round of pre-season testing, which commences at the Circuit De Barcelona, Catalunya, next week.

To be piloted by Lewis Hamilton and George Russell, the car has returned to the “Silver Arrows” livery. The change back to silver comes after two seasons of the team sporting black color schemes, signaling the promotion of greater diversity and inclusion in Formula 1. The 2022 livery also includes the Mercedes stars on the engine cover, as well as red and green elements for partners Ineos and Petronas, respectively.

Mercedes has won eight constructors’ championships on the bounce and will look to hit the ground running in 2022. The car will get its first chance to shine later today, with a 100 km (62 mile) / 17 lap shakedown taking place at the Silverstone circuit. 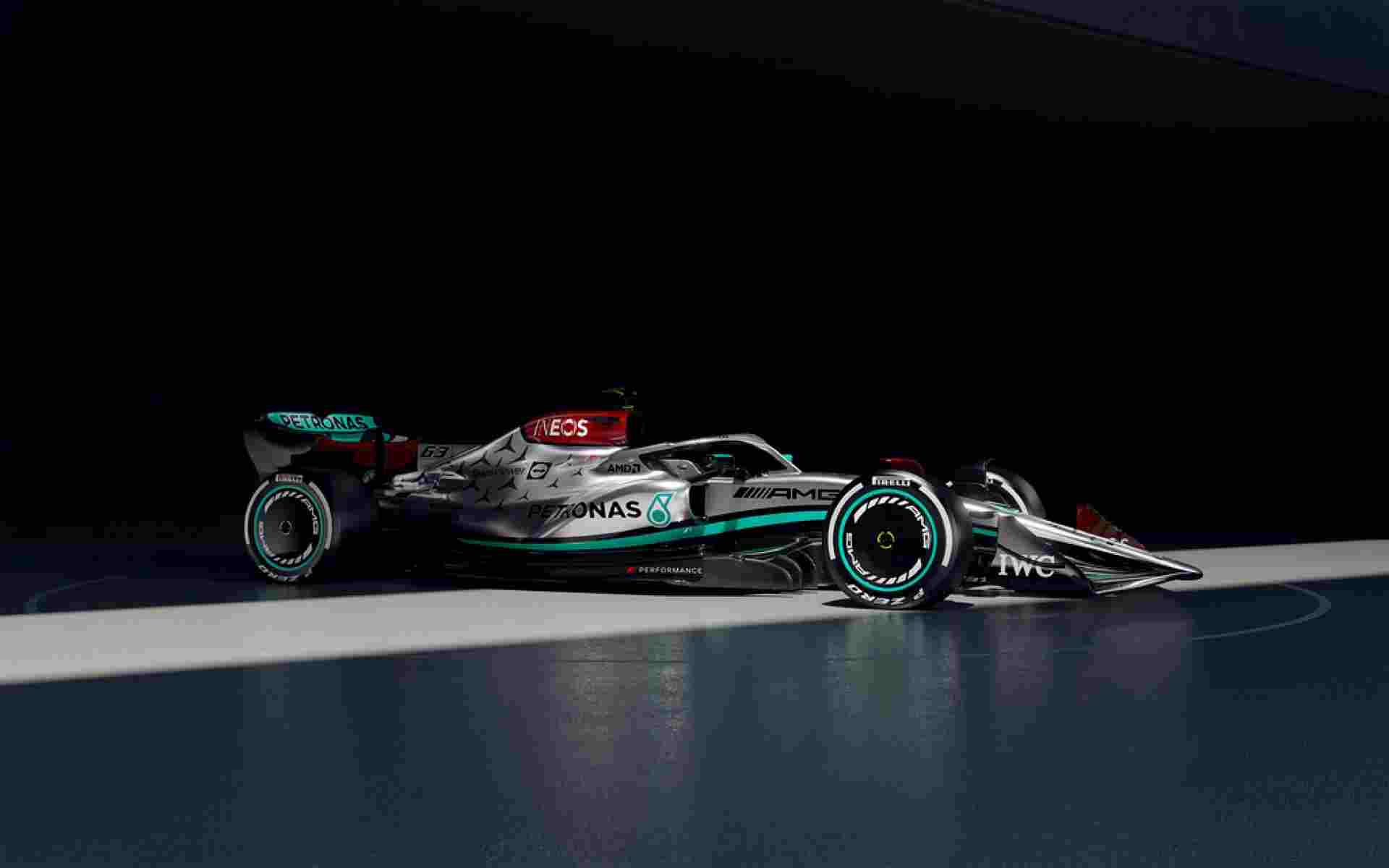 The 2022 Formula One regulations see simplified car designs, with designers able to take advantage of ground effects aerodynamics while reducing the turbulent wake left by each car. The new regulations were created to promote closer racing. “On the chassis side, the changes are huge,” said Mike Elliott, the team’s Technical Director. “We haven’t had a change as big as this one in my career… the cars are fundamentally a different shape.”

The car will also sport Mercedes’ latest power unit, produced by the team at Mercedes AMG High-Performance Powertrains (HPP). Although changes for 2022 remain minor, any upgrade brought this year will remain frozen until 2026. Another challenge faced by all teams is the introduction of E10 fuel from 2022 onwards.

Returning to chase an eighth World Driver’s Championship is Lewis Hamilton. Hamilton stepped away from social media late last year after a controversial finale in Abu Dhabi which saw him lose out to Red Bull Racing’s Max Verstappen for the Drivers’ world title. His absence had fueled speculation that the Briton may not return for the season. However, with the launch of the W13, it has been confirmed that Sir Lewis will be returning to the cockpit. “I have never seen him more determined,” said Toto Wolff, Team Principal & CEO of the Mercedes-AMG Petronas F1 Team. “Lewis is the best driver in the world, and he is joined by one of the brightest and most promising of their generation in George.”

Joining Hamilton will be George Russell. Russell had impressed with his stand-in performance at Bahrain at the end of the 2020 season, substituting for Hamilton who had suffered from COVID-19. Now the eager young Briton, who has GP3 and Formula 2 championships under his belt, will get his chance to shine with the reigning Constructors’ champions.