Following the debut of the all-new fifth-generation Range Rover a few months ago, Land Rover is putting the final touches on the Range Rover Sport sibling that is expected to debut this year. Since we are getting closer to the reveal, we have more speculative information about the model including the range-topping SVR variant that will likely benefit from BMW M power.

As reported by Autocar, the Range Rover Sport SVR is rumored to produce 617 hp (460 kW / 625 PS) and 750 Nm (553 lb-ft) thanks to the BMW-sourced twin-turbo 4.4-liter V8, matching the performance credentials of the BMW X5 M Competition. The latter is one of the main rivals to the British SUV, alongside the Mercedes-AMG GLE 63, the Audi RS Q8, the Maserati Levante Trofeo, the Aston Martin DBX, and the Porsche Cayenne Turbo S. The current SVR is fitted with a supercharged 5.0-liter V8 with 567 hp (423 kW / 575 PS). The Ford-sourced engine that was used by both Land Rover and Jaguar for their faster models doesn’t have the capacity to evolve for the strict Euro 7 emission regulations, forcing JLR to look elsewhere. In fact, BMW’s V8 that is already sitting under the bonnet of the new Range Rover where it produces 523 hp (390 kW / 530 PS) is said to be 17 percent more efficient than JLR’s old V8.

The twin-turbo 4.4-liter V8 is powering several BMW M models, with its most powerful version making 627 hp (468 kW / 636 PS) in the M5 CS. However the Bavarian automaker has also proved the powertrain’s future potential in the plug-in hybrid BMW XM concept where it makes 740 hp (552 kW / 750 PS) thanks to the addition of an electric motor. The same combo is rumored for the next BMW M5, while a similar strategy could be followed by JLR, resulting in the most powerful model in Land Rover’s history. 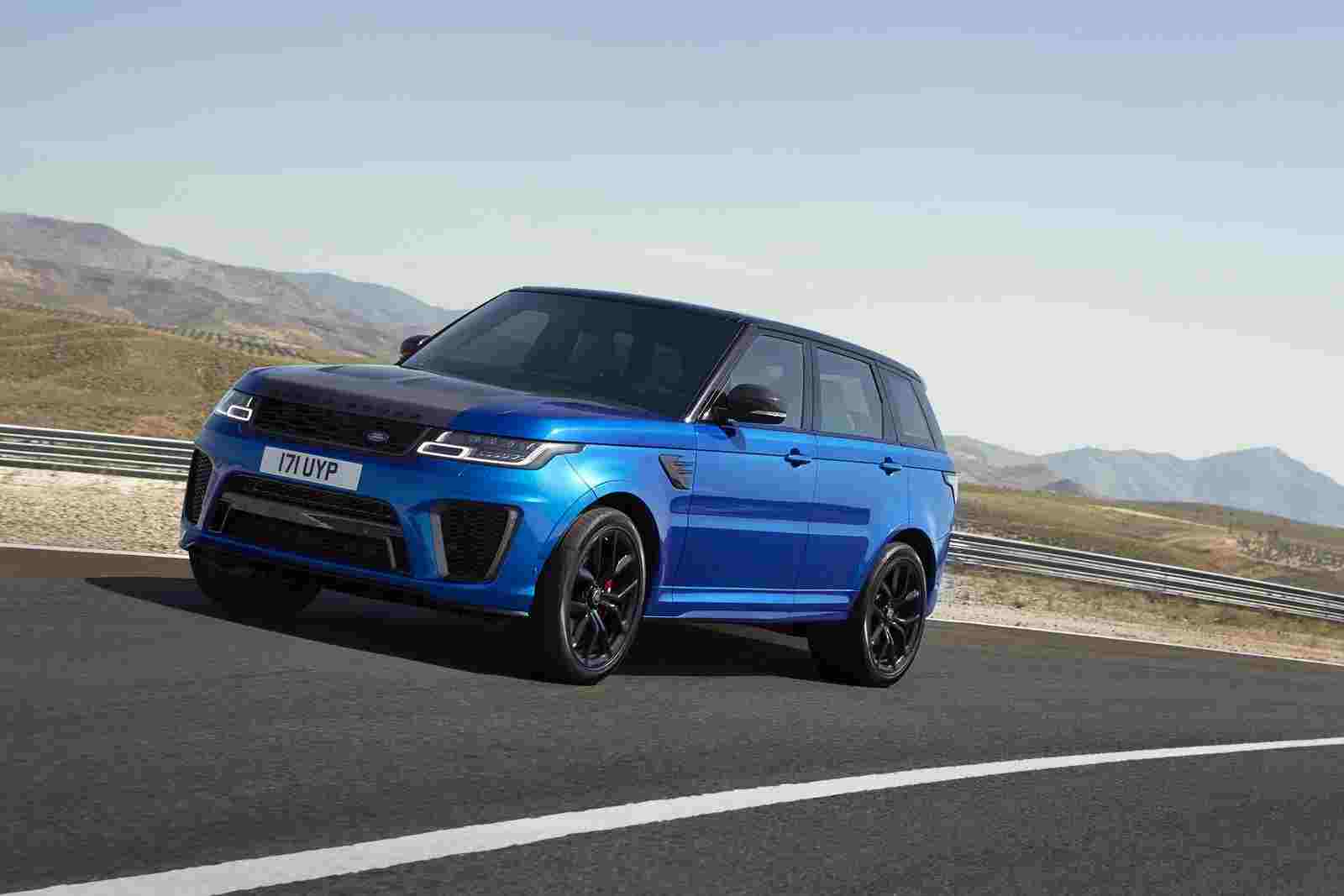 During the past five years, the Range Rover Sport outsold the Range Rover by more than 40 percent. Thus, as one of Land Rover’s best-selling models that hasn’t changed much since 2013, the all-new third generation is highly anticipated. The model will use the same MLA (Modular Longitudinal Architecture) platform as the regular Range Rover but it will be slightly smaller and sportier-looking with a more driver-focused setup. Autocar suggests that the new architecture will increase torsional stiffness by 50 percent and reduce structure-borne noise by 24 percent over the current model, while improving ride quality and dynamics.

Our spy photographers have caught the Range Rover Sport many times in the past year during testing, both in mild-hybrid, plug-in hybrid, and SVR guises, while a fully electric version will arrive after 2024. The latter is rumored to use a dual-motor electric powertrain similar to the BMW iX since JLR and BMW are said to be collaborating in the development of future EV drive systems.