As GM moves further towards an all-electric future, Chevrolet has confirmed to Road&Track that it would be pulling the plug on its LS7 small-block V8. The LS7 is the same 7.0-liter (427 cubic inch) engine that came to fame back in 2006 and has powered the Corvette Z06 and fifth-generation Camaro Z/28. The dry-sump version, known as the LS427/570, will also be discontinued. The LS7 was a favorite among tuners and engine swap enthusiasts. 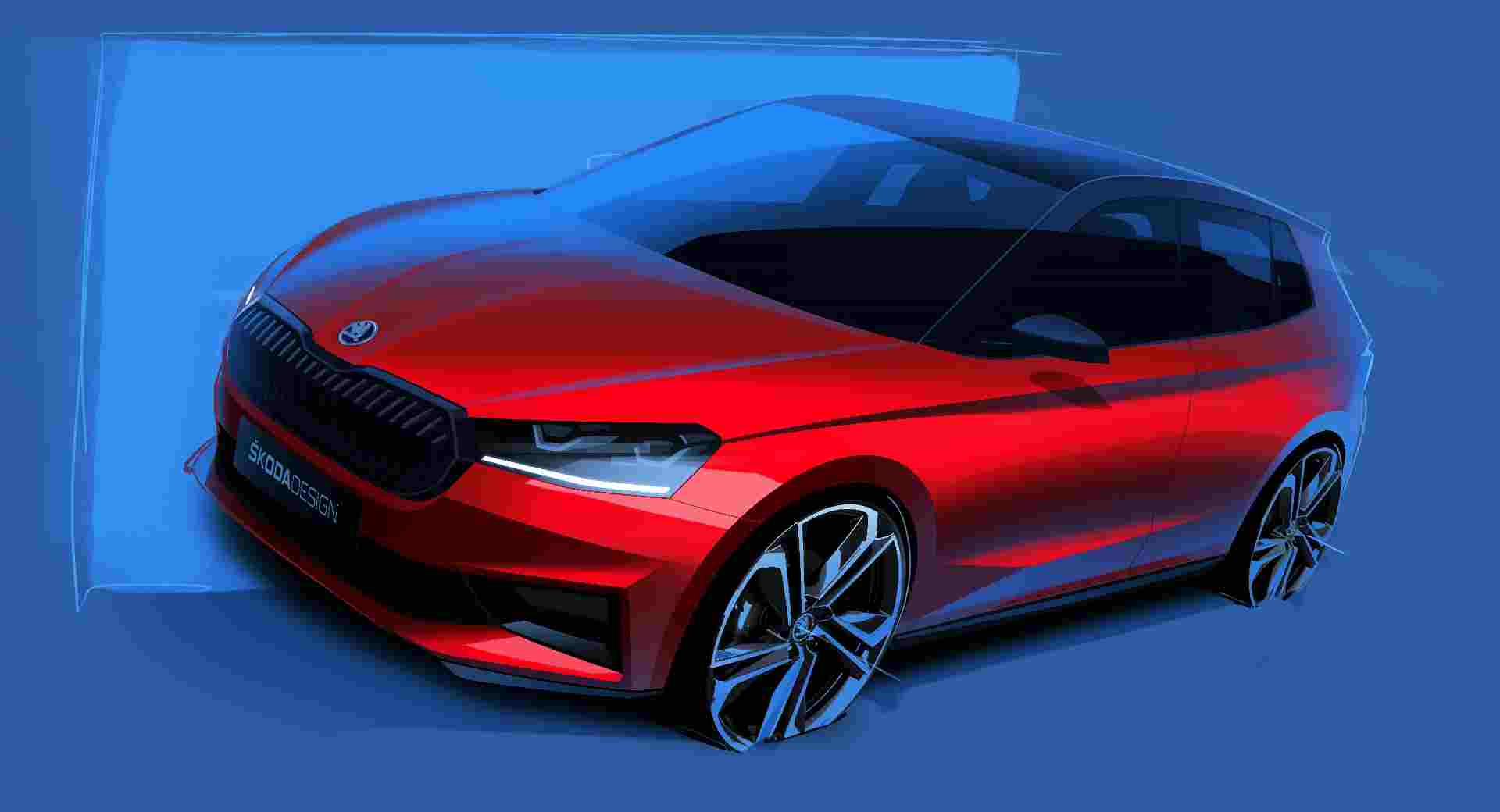 A hotter version of the Skoda Fabia is coming soon, with the brand unveiling sketches of a Monte Carlo edition. While the Monte Carlo variants of Skoda products have traditionally brought with them different engine options, the visual differentiations include a black-finished grille surround, aerodynamic bits on the front bumper, side sill extensions, and a rear diffuser. The roof, mirror caps, rear spoiler, and tailgate lettering are also painted in black, while there are Monte Carlo badges on the front fender as well. Maserati is celebrating its V8 models across the range by releasing a new series of MC (Maserati Corse) editions. The MC Edition models are available for the Ghibli, Levante, and Quattroporte. Under the bonnet of each is a twin-turbo 3.8-liter V8 engine producing 580 hp (433 kW / 588 PS) and 538 lb-ft (730 Nm). And the special edition brings with it two exclusive colors — Giallo Corse and Blu Vittoria — as well as special badging and unique interior trimmings.

Jaguar Is Developing Its Own Bespoke Platform For Forthcoming EVs

Jaguar will become an all-electric brand by 2025, and to help facilitate this, the company will be developing its own EV platform. It had initially been expected that the brand might use an outsourced basis for its new cars, but Jaguar Land Rover chief executive Thierry Bolloré confirmed the company is going it alone. It comes as the brand makes a push upmarket to compete with the likes of Rolls-Royce and Bentley. However, there will be no new models until 2025. When you think of a pickup truck, you likely picture something rugged and ready to face the elements. However, if you’re the owner of one of the 170,000 Ram pickups that are being recalled for an issue with their windshield wipers, then you’re in for a rude awakening. A recall notice issued by the National Highway Traffic Safety Administration (NHTSA) states that an improperly formed wiper arm head joint may not correctly form the splines of the head joint on the wiper arm. This could strip the joint and cause the wiper arm to stop working when drivers switch them on. 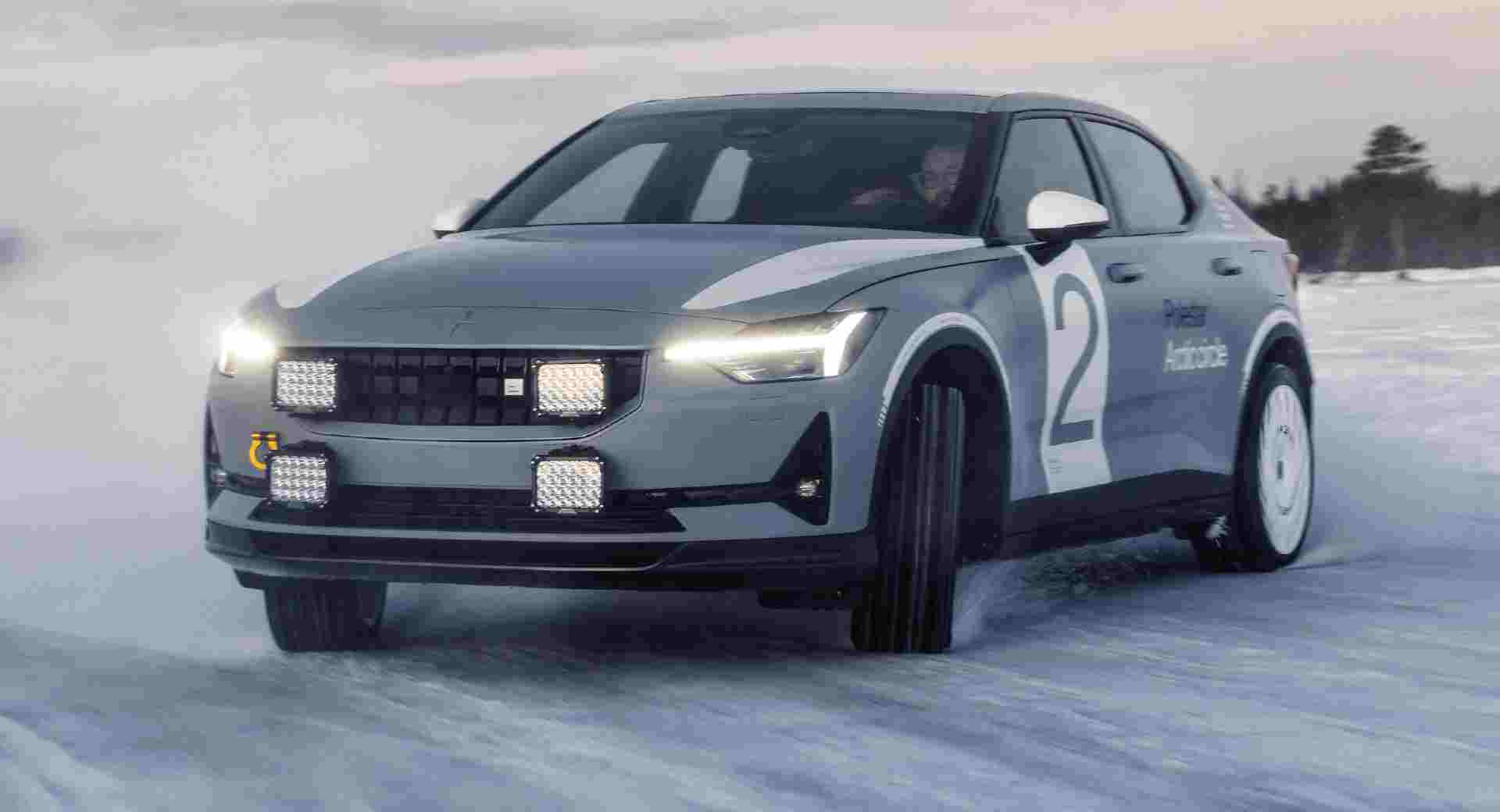 The Polestar 2 “Arctic Circle” is a one-off special to channel the ice-abilities of a rally car. The EV is fitted with special OZ racing rally wheels and studded rubber, a tweaked motor for increased output, upgraded Öhlins dampers, and front and rear strut braces. It also features four Stedi Quad Pro LEDs at the front, a carbon-fiber skid plate for underbody protection, and tow hooks finished in gold. There’s a custom carbon fiber snow shovel in the rear, and the seats are from Recaro, finished in charcoal fabric with gold lettering and gold seatbelts.

For The First Time, Toyota Has Successfully Made An Autonomous Vehicle Do A Sick Drift

Not content with taking over the roads, it seems autonomous cars are now coming for our tracks, with the Toyota Research Institute (TRI) unveiling a Supra that can drift around obstacles. It’s more than just fun and games for Toyota though, with such a system key to developing autonomous vehicles’ safe evasive maneuvers in the real world.

Indie film director Vasyl Moskalenko is being sued over the title of his upcoming comedy film, entitled “Apple-man.” Apple, tech giant and makers of the iPhone, sent Moskalenko a 467-page document and initiated trial proceedings. According to the filmmaker, the movie has nothing to do with the Apple corporation and includes no reference to its products.

On February 9, Red Bull will unveil the new car that Max Verstappen will be defending his world championship title in. The car will also be in the hands of Mexican Sergio Perez, who marks his second season on the team. It comes nine days before rivals Mercedes unveil their challenger.

Arctic Trucks Takes The Mitsubishi Pajero Sport To Another Level