The Batman starring Robert Pattinson is one of the most anticipated movies of 2022 but all of us car nerds are focused on one thing: that muscle car-esque Batmobile. Now, some two weeks before it arrives in theaters we have a very clear look at the car thanks to a scale model toy that’s broken cover.

To be clear, we’ve seen lots of previews that featured the new Batmobile and we’ve known for a long while that The Batman is going to feature an uber-gritty take on the character and his toys. Thanks to those early previews and photos we know that it’s going to look much like a muscle car on the outside but that it’s also got a giant engine hanging out of the back. 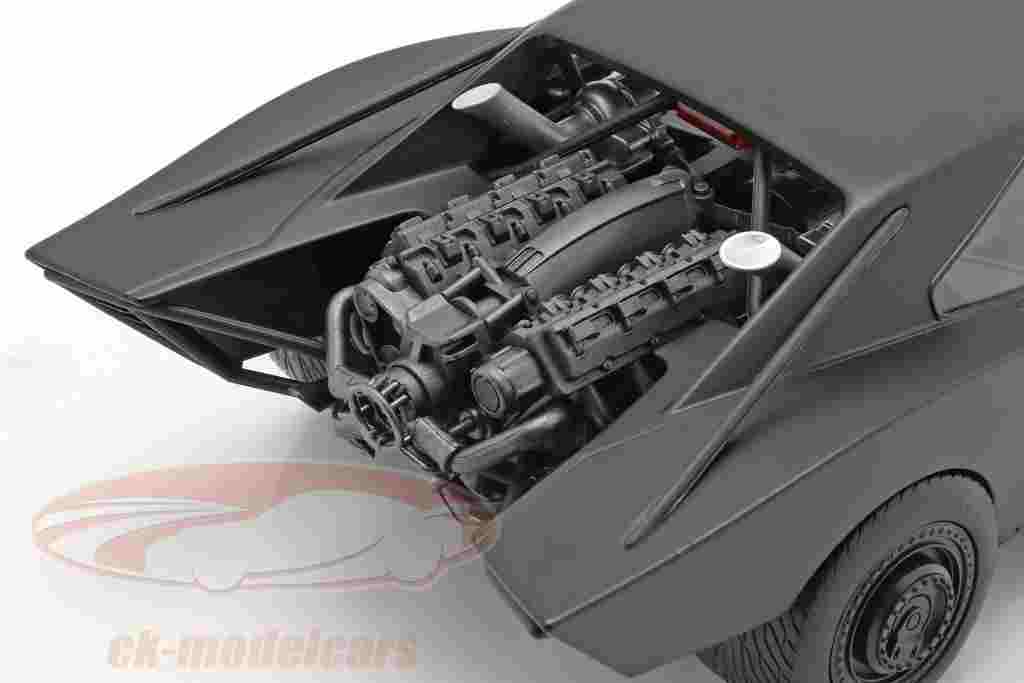 This 1:18 scale model from Jada Toys that popped up on German retailer CK-modelcars and which is available for order at €62.96 or about $72, shows us more about that setup.

First, it confirms what we thought but hadn’t been able to clearly see; namely, the inclusion of some massive turbochargers feeding the motor that powers the Batmobile. There’s a lot of interesting piping going on towards the back of the engine too. Trailers and Lego toys show a sort of jet-engine situation happening at the back so we’ll have to wait to see how that’s achieved in the film.

We also get a look at how the hood at the front sits on a clamshell hinge and can pivot forward. Perhaps that hints at some sort of tech the Batman will utilize in that section of the car. This little toy is surprisingly detailed and includes the roll cage as well as a full interior too. Inside we see the gear lever and that the dash is heavily angled towards the driver.

Outside, all of the lights work in both the front and the back. There’s a whole lot of 1969 Dodge Charger going on if you ask us. Even the hood lights up with bright yellow lights tucked just under that lift-up panel. Thankfully we only have a couple of weeks before we get to see the real car burning rubber on the big screen. What do you think of this iteration of the Batmobile? Is it refreshingly realistic or disappointingly drab?