Lamborghini has been thinking outside of the box with regard to its future for some time now. The Lamborghini Urus was a bold and unique new direction for the brand and since then it’s done all sorts of stuff like sell Villas in Dubai and create NFTs.

Perhaps none of that is as wild and crazy as the Huracan Sterrato that is going from concept to being developed for production with our spies catching another glimpse of the jacked up prototype, this time, testing alongside the brand’s Urus SUV in Northern Europe .

This car has all the same stunning and sleek style as the regular Huracan but it’s also outfitted with something we’ve not seen on a Lamborghini since the LM002, namely, off-road equipment. Not only does it sport a rather obvious 43mm (1.7-in.) lift over the regular car but it also has unique roof rails and a skid plate on the front. You know, the thing that every serious off-road vehicle has. We also get a chance to see the wicked roof scoop intake feeding cool air into the V10. There’s a big light bar sitting on the hood in the same spot that one might but a set of bull horns if they were driving a mid-70s Cadillac. Clearly, this is a function piece for testing but it mimics the Huracan Sterrato concept car that Lamborghini debuted in 2019.

That study had wild composite wheel arch extensions, which are missing from this tester, but we could see them in the final production model, a huge light bar, and a pair of smaller LED light bars on the hood. Even back then though, it was a real drivable concept that Lambo lent out for testing and since then we’ve known that they were keen on building a production version. Now it seems that we’re only months away from seeing that come to fruition.

Powered by a V10 with AWD 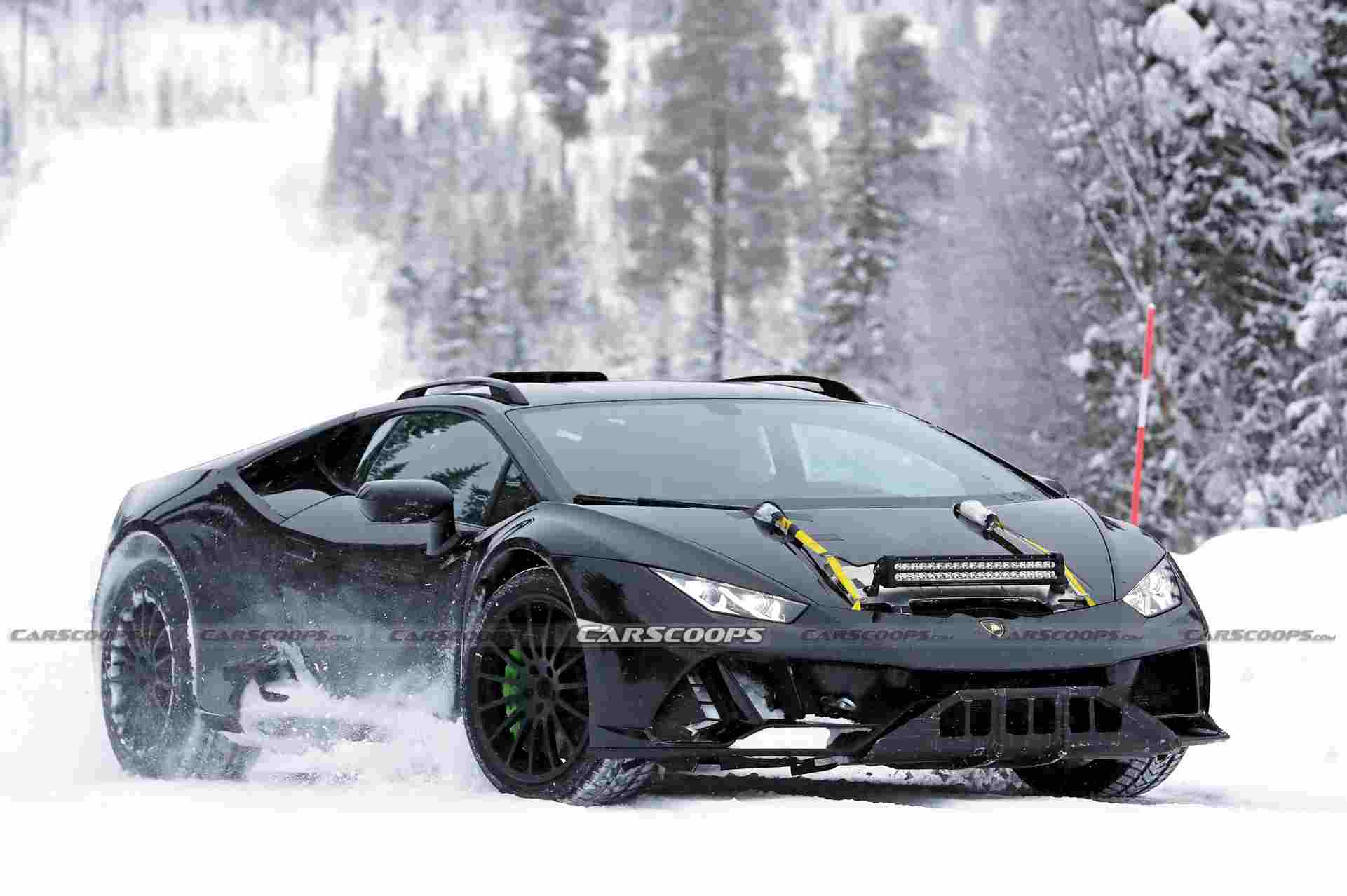 Lamborghini has gently hinted at this car many times but never revealed major details like power output or exactly what off-road technology will be included in the final product. We expect the same V10 powerplant that produces 630-hp (470kW) in the AWD Huracan EVO, connected to all four wheels via a dual-clutch gearbox but we’ll have to wait for an official announcement for exact figures.

Another unknown is whether the Huracan Sterrato will be a regular series production model or one of the brand’s limited few-offs such as the Sian, Countach, Aventador Miura and Reventon, to name a few. Lamborghini recently announced that it would introduce four new models this year and we expect that the Sterrato will be one of them.

What do you think of this wild bull? Is it sacrilegious or the coolest off-road supercar we’ve seen since the iconic Rothmans-liveried Porsche 959 that won the 1986 Paris-Dakar Rally?