How much would you be willing to spend on a low-mileage Ford Mustang Foxbody? Some fairly nice examples on the used car market are trading between $20,000 and $30,000, edging perilously close to the price of a brand new Mustang. With an asking price of $49,900, however, this particular 1992 Mustang Foxbody is only $4,100 less than a 2022 Mustang Mach 1.

While that sky-high price tag may seem excessive, this 1992 Mustang does have some things going for it, most notably the fact that it has only been driven ~9,300 (~15,000 km) since it left the factory 30 years ago. The Mustang is currently up for sale on eBay and the listing reveals that it has been garaged since new and is being sold with all of its books and its original window sticker. The listing is short on details about the car’s maintenance records but based on how clean it is, we suspect the seller and any other previous owners have taken very good care of it.

All Mustang models from this generation look distinctive but this one is especially eye-catching thanks to its two-tone paint scheme that sees the front and rear bumpers, as well as the lower half of the doors, painted in a simple shade of silver while the rest of the bodywork is painted in bright blue. The car also continues to rock its original silver five-spoke wheels.

A look inside the cabin reveals cloth-trimmed seat centers with leather sides and backs. The door panels and lower half of the dashboard are also finished in a light tan shade and contrasted by various black components, such as the steering wheel and instrument cluster. Photos of the engine bay confirm that this is a GT variant with a 4.9-liter naturally aspirated V8 as opposed to the 2.3-liter four-cylinder that was also available at the time. 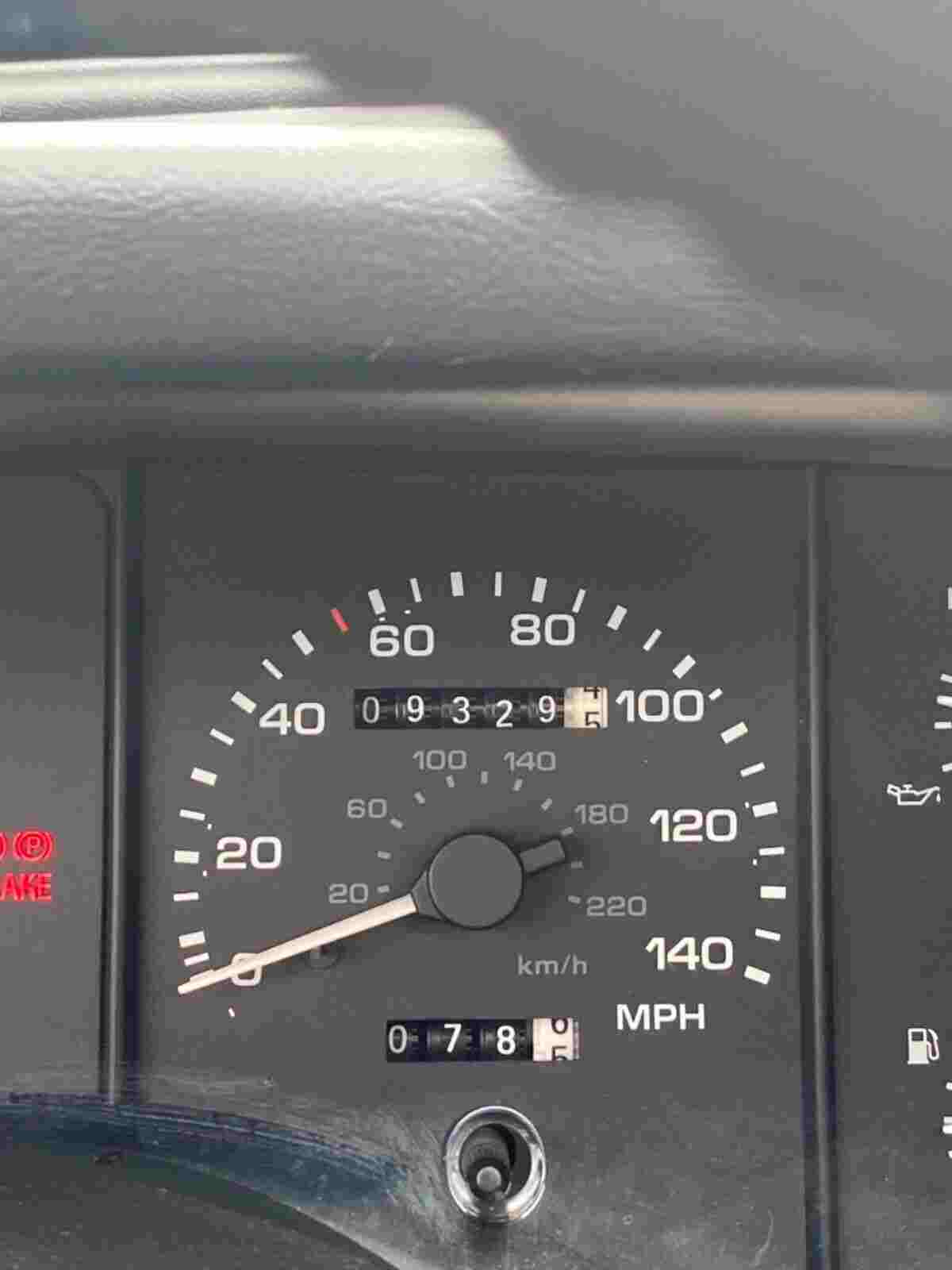 Is This 2023 BMW X7 Facelift Picture Real Or Fake?