In 1927, John Parry Thomas became the first man to lose his life in pursuit of the world land speed record. That legacy, however, fails to capture the brilliance and the humanity of the man, as a new video from the Scarf and Goggles YouTube channel argues.

In 1926, for instance, Parry Thomas became the first person to go more than 170 mph (273.5 km/h) in Babs, the car that would eventually take his life as he pursued higher speeds. That was already a feat, though, not least because he beat the previous land speed record (set earlier that same year) by more than 20 mph (32 km/h).

The car in which he earned that record was named after the five-year-old daughter of one of the artisans who built the bodywork for the car. Powered by a 26.9-liter V12 Liberty Aero-engine, it was capable of producing more than 400 hp (405 PS/298 kW). Its power went through a four-speed gearbox to the rear wheel through a chain drive. 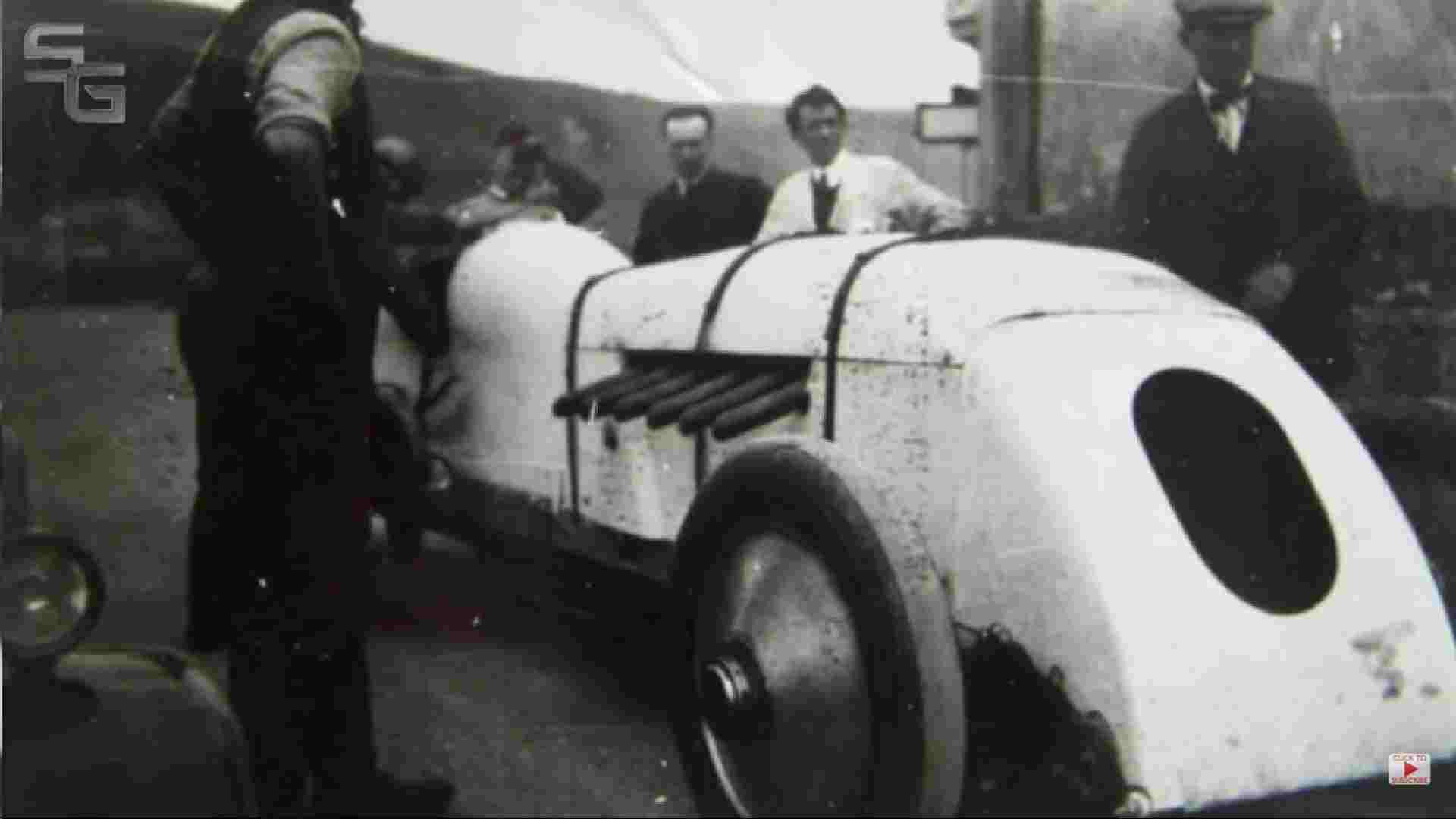 Perhaps the most surprising aspect of Parry Thomas’s record, though, was that he earned it competing against significantly better-funded teams. The vehicle that eventually beat his record in 1927 was owned by Malcolm Campbell who reportedly spent 10 times more on his vehicle than Parry Thomas had on Babs.

What allowed him to compete against such well-funded competitors, was his engineering brilliance and his ability to MacGyver a car together.

First built by Count Zborowski, a wealthy fan of racing who died in 1924, Parry Thomas bought the car that would become Babs for £125 (the equivalent of £8,086 today, or $10,877 USD at current exchange rates)) from the estate. When he got the car, however, it was very crude. Although powerful, he modified it extensively, adding a sloping radiator with a remote header tank that allowed him to lower the height of the car. New carbs were added, as were new pistons, and a new multi-plate clutch he had designed and built himself all of which made it a serious land speed record chaser.

Fortunately, thanks to the enormous work of a Welsh lecturer in the ’60s, the car has been returned to working order and is occasionally run at events like the Goodwood Festival of Speed. Although Parry Thomas’ life came to a grisly end (content warning: the video contains disturbing descriptions of death), it’s nice that his part in automotive history can be expanded beyond simply being the first person to die chasing the land speed record.