The teaser campaign for the high-performance Aston Martin DBX is entering the homestretch as the company has released a revealing new video, ahead of its unveiling tomorrow morning at 8:00 a.m. ET.

As you can see in the latest clip, the high-performance crossover will have a unique front fascia with a lightly revised grille and a sportier bumper. While the latter is hard to see, the model trades the usual oval-shaped daytime running lights for new horizontal units.

Previous teasers have also shown the vehicle will be equipped with massive wheels, carbon fiber trim, and embroidered headrests. We can also expect a sportier rear bumper, a four-tailpipe exhaust system, and a handful of other unique touches.

The world’s most powerful luxury SUV.

Aston Martin is keeping details under wraps, but has previously teased the model will set “new performance standards” and become the “world’s most powerful luxury SUV.” There’s no word on specifics at this point, but the rumor mill has suggested the crossover could be equipped with everything from a twin-turbo 4.0-liter V8 to a twin-turbo 5.2-liter V12. 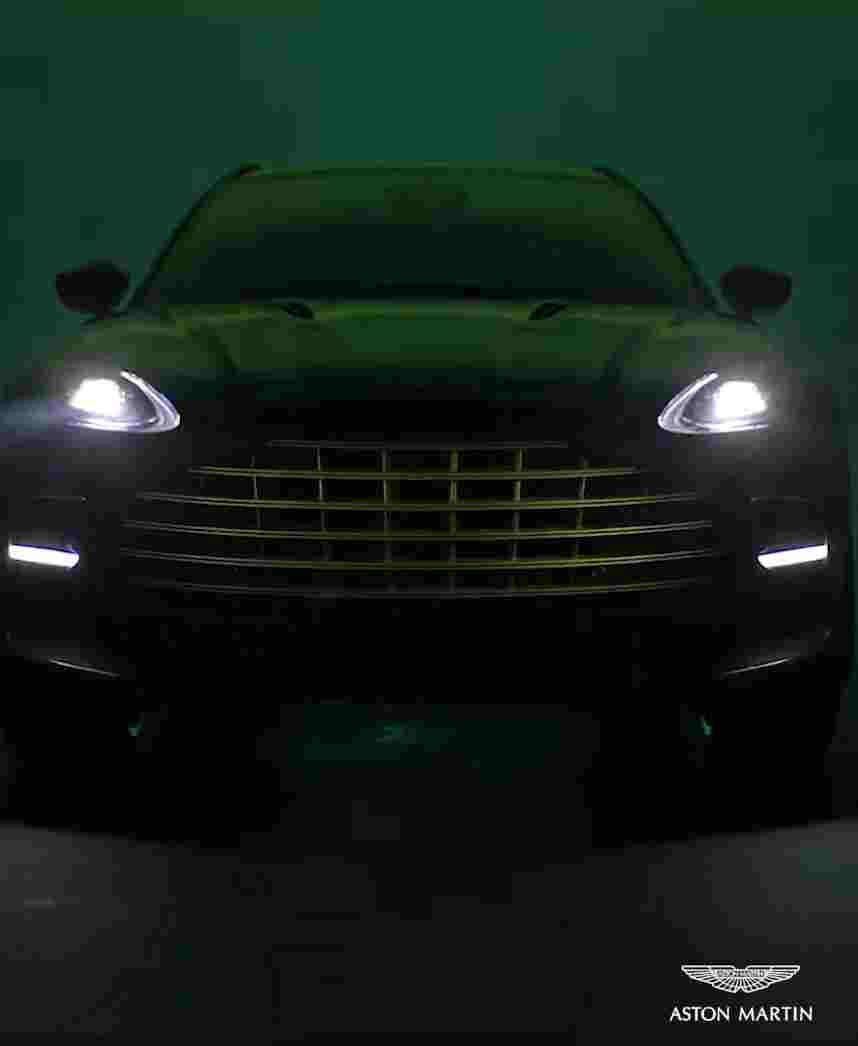 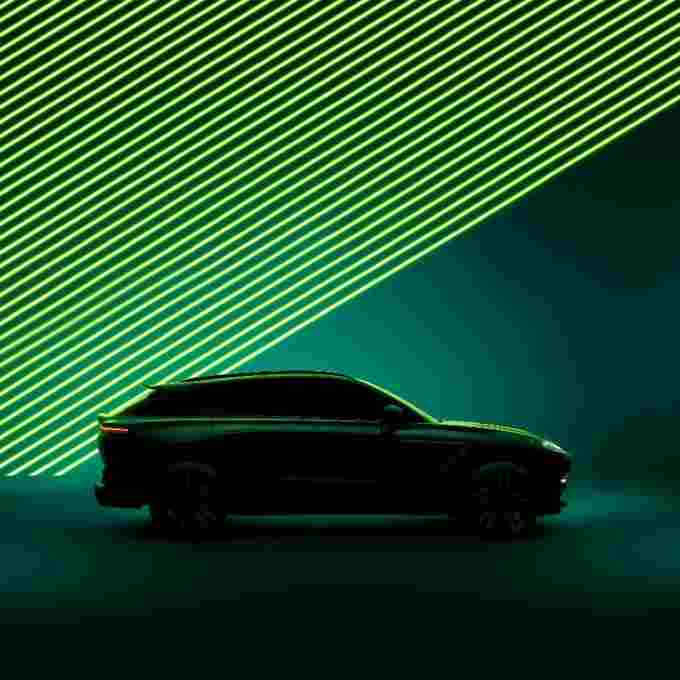