Ford Australia published a new teaser video of the upcoming Everest showing the Ranger-based SUV without any camouflage for the first time and confirming its debut for March 1.

Following the previous teaser from a couple of months ago which showed the SUV during the final stages of development, we now get to see a black-painted Everest with chrome elements on the front bumper. The latter is redesigned compared to the Ranger featuring a different grille and intakes without the X-pattern seen on the pickup.

The badge on the front fenders suggests that the pictured example is fitted with the 3.0-liter V6 turbodiesel engine, likely paired with a 10-speed automatic transmission sending power to all four wheels. Sharing most of its underpinnings with the Ranger means that the Everest could also gain the four-cylinder 2.0-liter turbodiesel and 2.3-liter EcoBoost petrol engines alongside a plug-in hybrid variant.

Inside we expect the SUV to share the dashboard with its pickup sibling, including the touchscreen with a diameter of up to 12 inches, incorporating Ford’s SYNC4 infotainment. The enclosed bodystyle and the absence of the rear bed will result in greater legroom for the rear passengers and a pretty generous boot. We also expect an improvement in the materials compared to its predecessor since the new generation is moving upmarket. 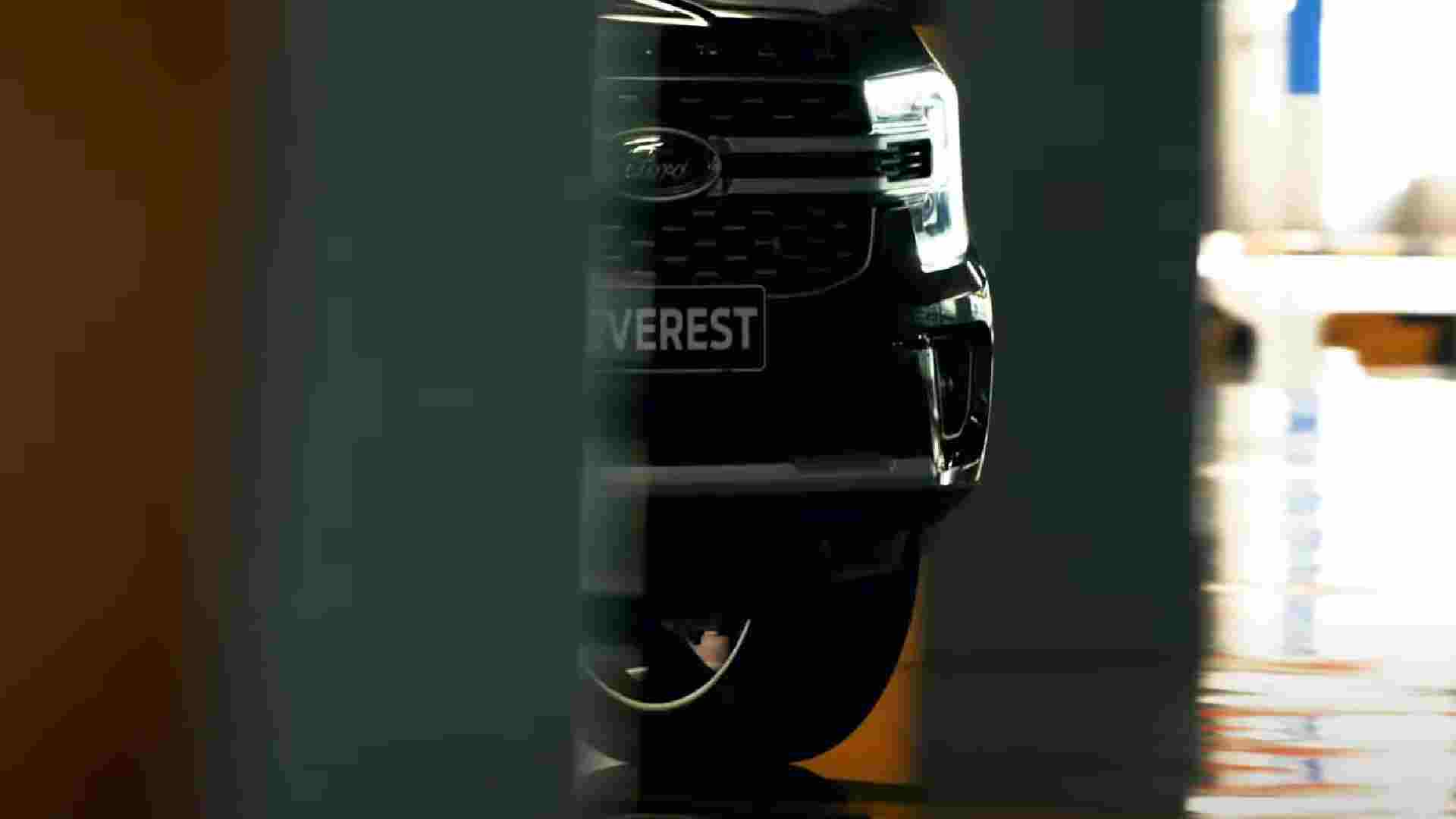 Max Wolff, design director of the Ford Everest, said: “Our intention from the beginning was to communicate the capability of Next-Gen Everest with a robust exterior design. On the interior, we created a sanctuary with premium appointments in which customers could feel relaxed, no matter what was going on outside.”

The new Ford Everest will premiere through the company’s Facebook and YouTube channels on March 1 at 2:00am EST (6:00pm AEDT). The model will be offered in select markets including the Philippines, Thailand, Australia, and India where it is expected to get the Endeavour name. Depending on the market, rivals include the likes of the Toyota Fortuner, Mitsubishi Pajero Sport, Nissan X-Terra, and Isuzu MU-X, although the upmarket approach could mean it could also compete with more premium rivals.