We’ve all heard how close flying taxis could be for years now and even late last year we covered the BMW-powered AirCar that’s closing in on production. Now though, another company has entered into an agreement that could very well see real flying taxis take to the skies of Singapore in 2024.

This news comes from the German company Volocopter. It’s been making progress on all sorts of electrified vertical take-off and landing (eVTOL) technology in the past few years and is so confident in this upcoming taxi service that it has already started selling tickets.

Still, today’s news should come with measured excitement as it’s only a memorandum of understanding, meaning that there are still a great number of details to be worked out before flights begin. 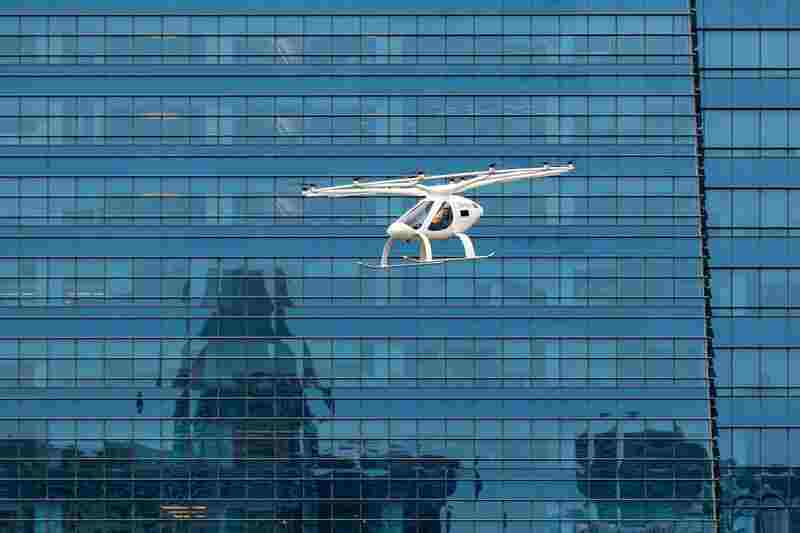 For one thing, Volocopter is still trying to figure out where production of its air taxi, the VoloCity, will take place. Once the details are finalized, Volocopter hopes to be a major part of Seletar Aerospace Park which is being built up as Singapore’s aerospace center.

The park is planning to have multiple support facilities including a vertiport terminal, airside facilities, as well as others to support research and development. If completed with a functional air taxi service, it would be a big step forward for the air taxi segment.

Christian Bauer, CCO of Volocopter commented on the deal: ” “This MOU signifies a concrete step towards our commercial rollout in Singapore. We’re grateful to our forward-looking partners. Having manufacturing and MRO ( manufacturing and maintenance, repair, and overhaul ) facilities in Singapore, coupled with the collaboration between industry partners, government agencies, and regulators, will enhance Singapore’s position as a top aviation hub and a leader for AAM industry in the region.”

Singapore has made a name for itself when it comes to technology and this step seems right up the state’s alley. For its part, Volocopter isn’t just content to move forward with this plan though. They’ve also been working to bring a drone delivery service to Chengdu, China as well as more flying taxi services in Japan and South Korea in the near future.

Will it be Volocopter that puts flying taxis back into the skies or another brand? Only time will tell.

Polestar Lands In Australia, Starts Sales Of 2 Before First Deliveries In March