The Lamborghini Countach is sometimes seen as the ultimate expression of the supercar. It was so brash and so daring when it arrived on the scene that it shocked everyone. It’s so impactful that Lamborghini went against its own proclamation that they wouldn’t do tribute cars to bring it back but for our money, this rare 1984 Countach 5000 S might be the one to have.

Only 321 units of the Countach 5000 S were built between 1982 and 1985; after that, this model bowed out as the Countach Quattrovalvole was introduced. Despite the 5000 S being built on largely the same platform as the original Countach, it featured plenty of advancements for its day. Perhaps none of them were more important than the engine. Lamborghini built a 4.75-liter version of the V12 that featured a wider bore and a bigger stroke and a new horsepower peak of 375 at 7,000 rpm. It also reached a new 302-lb-ft torque peak at 4,500-rpm. Those were both big improvements and make it very desirable. Still, the combination of features found here doesn’t hurt it either.

A stunning black paint color called Nero Tenebre looks great and provides a nice contrast to the Rosso Red leather interior. While the design of the Countach clearly comes from the 70s and 80s, that color combination is truly timeless. In addition, this one shows just 8,979 miles on the odometer. Back in 2012, this car was on sale from a different facility with just 8,913 miles on the clock so it hasn’t been driven very much during those years. Just before that sale, it had a $7,500-service including rebuilding the six carburetors, the rear axle, the water pump, and replacing the fluids, according to the Lamborghini enthusiast site lp112.com.

Sure, trying to sell this car for $745,000 on eBay might sound like a bit of stretch but for our money, we’d rather have this over the new Countach LPI 800-4. 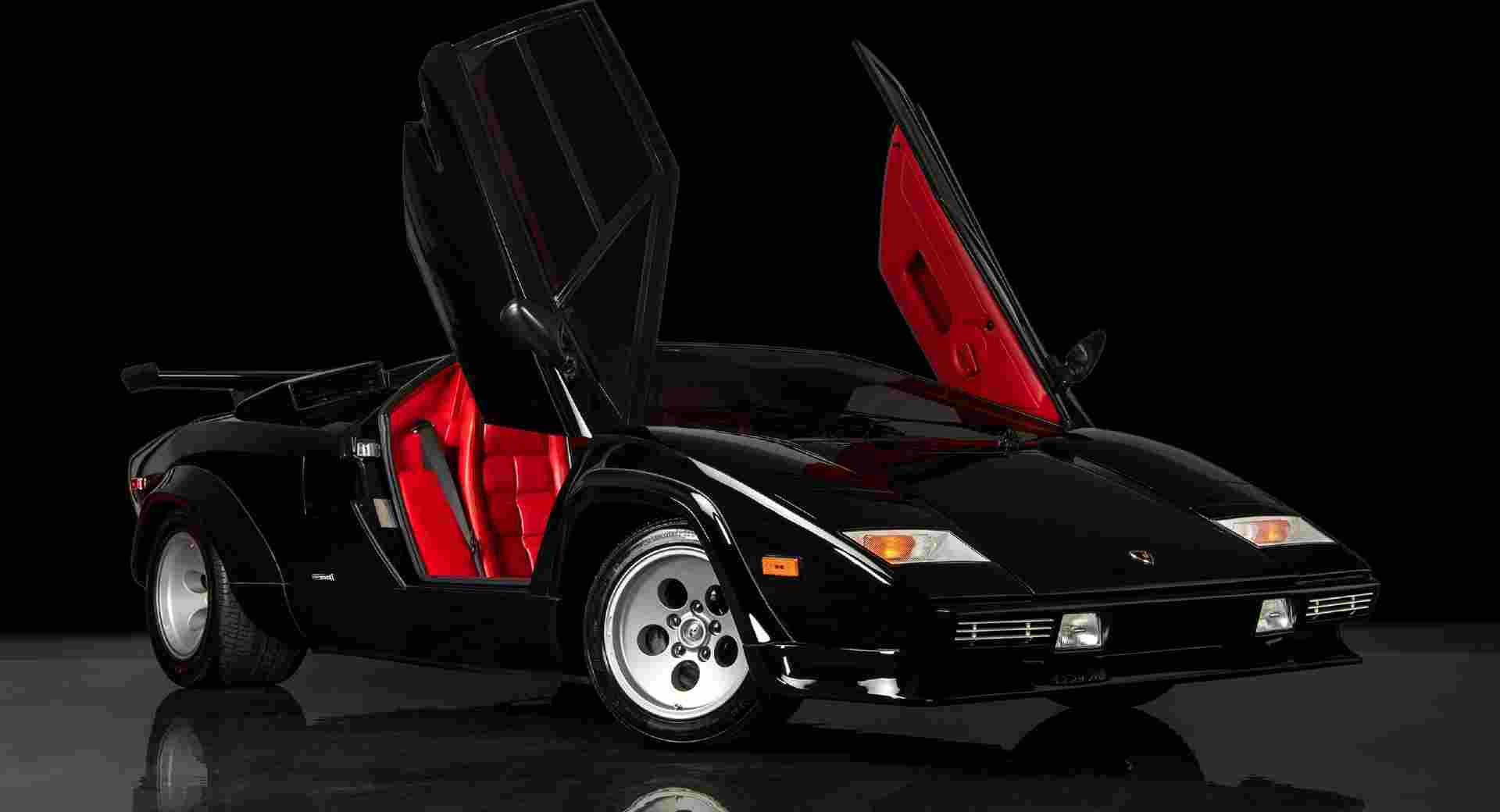