The world of sci-fi movies and video games can be inspiring for petrolheads proving that non-branded fictional vehicles are not always bad copies and mashups of existing designs. A great example is this rebodied 1989 Chevrolet Corvette created by Reddit user @Scifieartist909, using parts from nine other vehicles.

The custom build was inspired by the Quadra Javelina and Quadra Turbo R vehicles from the world of Cyberpunk 2077, merging styling cues from supercars and muscle cars combined with a futuristic and post-apocalyptic essence. Starting with the front end, the aggressive-looking headlights come from a Hyundai Kona (upper DRLs) combined with Polaris Slingshot foglights, while the bumper is from the BMW i8 but mounted upside-down. The original bumper of the Corvette C4 (1983-1996) was cut in half, and rotated 180 degrees, transforming into a fancy splitter. The hood and front fenders come from a Camaro stock car, while the side vents are borrowed from the Fiat X1/9. Another cool detail is the futuristic hood-mounted mirrors which are actually made from two Arma RC cars.

Moving on to the back of the car, the highlight is the full-width taillights with hexagon patterns that were created from “Nanoleaf” light panels. While in other bits of the car it is obvious that we are talking about a custom job, the taillights look like they come from a concept car. The aero components including the rear bumper with a large diffuser and the rear spoiler are made from carbon fiber and alumalite. The rear quarter panels are designed after the Corvette C3, the rear windshield comes from a Pontiac Firebird TransAm. Rounding up the donor vehicles, there is a Dodge Challenger fuel cap.

The creator used unconventional items for his build including aluminum backsplash tiles for the roof, driveway grass pavers, PVC fence posts, toolboxes, and trash can lids. As a result, the vehicle is virtually unrecognizable although it retains the original underpinnings including the stock V8 engine.

The stripped-off interior looks quite rough but that is what you get in a post-apocalyptic future. Despite coming from the ’80s, the stock blue-faced Corvette C4 instrument panel looks quite fitting, while the custom dashboard cover, additional screens, and the bucket seats from the Polaris Slingshot are sending Mad Max vibes.

Naturally, the build became viral on Reddit with a lot of users in the comments praising the designer’s ideas and craftsmanship skills. The owner plans on driving the unnamed vehicle to local car shows in the future, so it can be admired by more people. 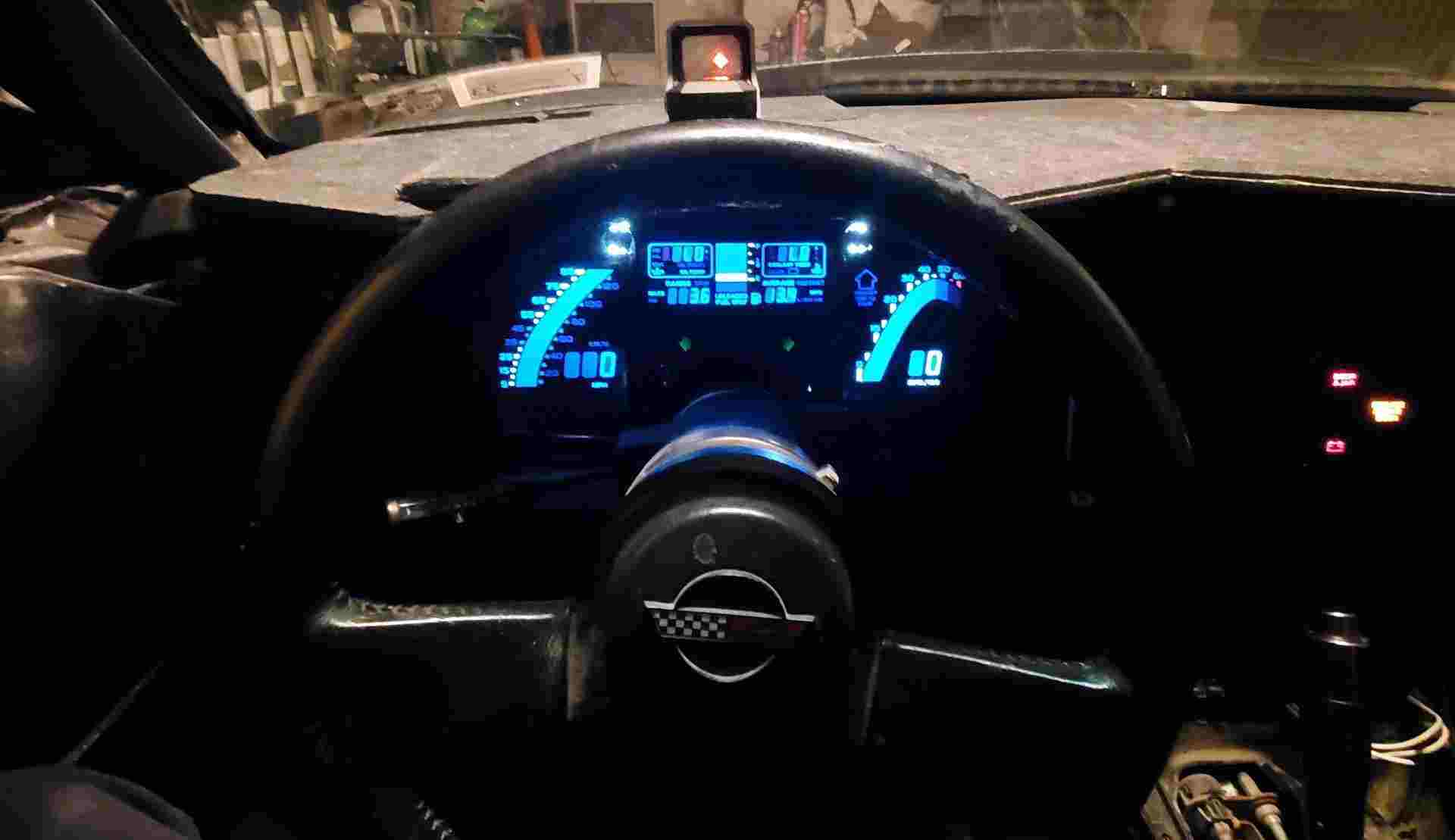