Electric cars don’t like cold weather. The optimum operating temperature for EVs is around 71 degrees Fahrenheit (21.5 deg C), and most of us know that you’ll go further on a full charge in summer than you will in winter. But many potential EV buyers would be shocked to learn that a car’s range could be slashed by almost 60 miles when the seasons change.

Britain’s What Car? tested 10 new or popular EVs last summer to find out how much their real-world driving range differed from the official European WLTP figures. Starting with a full charge, each car was repeatedly driven around a 15-mile loop at a former GM proving ground in Bedfordshire that included 2.6 miles of simulated stop-start driving, four miles at 50 mph, and eight miles at 70 mph.

Fiat’s 500e proved most disappointing on that occasion, managing just 140 miles against a WLTP figure of 198 miles in the summer weather, while Porsche’s Taycan 4S managed an impressive 281 miles, getting very close to its 290 official rating.

For the winter experiment, the What Car? team put the 500, Taycan, Ford Mustang Mach-E and Skoda Enyaq from the warm weather outing through the same testing procedure in 37-47 degree (3-7 degrees C) conditions, along with six new cars, including the Tesla Model Y, updated Model 3 and BMW iX3.

The drop in temperature dropped the real-world range of the four returning cars by up to 29 percent, leaving the official WLTP rating a pipe dream in every case. Ford claims 379 miles for the Mustang Mach-E, but it only managed 302 miles in the summer test, and just 247 miles on this occasion. 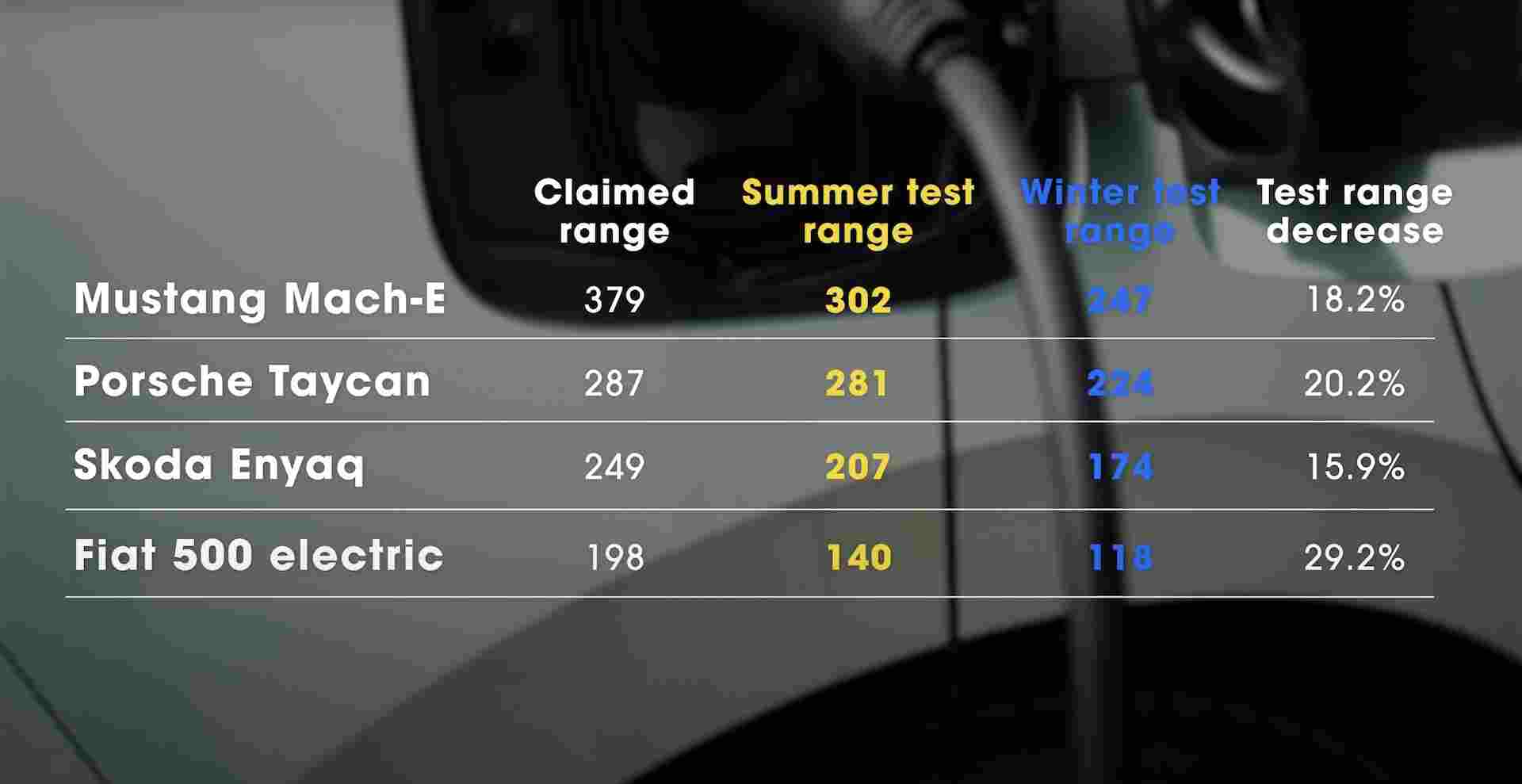 The Porsche Taycan (WLTP rating 287 miles) saw its true range fall from 281 to 224 miles, while the Skoda Enyaq iV (249 WLTP) tumbled from 207 miles to 174 miles. But the biggest loser, in terms of a percentage drop, if not outright miles, was the Fiat 500 electric, which couldn’t beat 118 miles, down from 140 miles last year, and literally miles off its official WLTP figure of 198 miles.

And it’s worth bearing in mind that despite Britain’s reputation for crappy weather, it rarely gets really cold. If you live in America’s Snowbelt you could be looking at an even bigger performance drop. Would worry about an EV’s cold weather range put you off making the switch to electric? Leave a comment and let us know.

What's The Most American Car Ever?