The new Toyota Land Cruiser 300 is in high demand, so much so that buyers in Japan will have to wait up to four years to take delivery. However, we have stumbled across a company in China that is making bodykits for the previous-generation Land Cruiser that are designed to mimic the look of the new model.

Images and video of the bodykit shared to social media show that it does a good job of replicating the Land Cruiser 300, even though it cannot perfectly mirror the tweaked proportions of the new SUV.

Up front, GBT Restyling Bodykit has produced a revised grille and bumper package. The grille is almost identical to the new model and while the headlights are slightly larger, they do have a similar LED daytime running light to the 300 model. The bumper and fog light shrouds are also a close match.

Spin around to the rear and you will find that new taillights have been developed by GBT Restyling Bodykit and look just like those of the 300 Series. A whole new tailgate has also been designed, as has a new bumper. Although on close inspection anyone who’s familiar with the two SUVs should be able to tell them apart, when viewed from afar, particularly from the rear, it would be easy to be fooled into thinking this was indeed a legitimate Land Cruiser 300.

We haven’t been able to find out just how much Land Cruiser owners will need to shell out for the bodykit but the company says it offers “non-destructive installation” which, we guess, is a good thing. 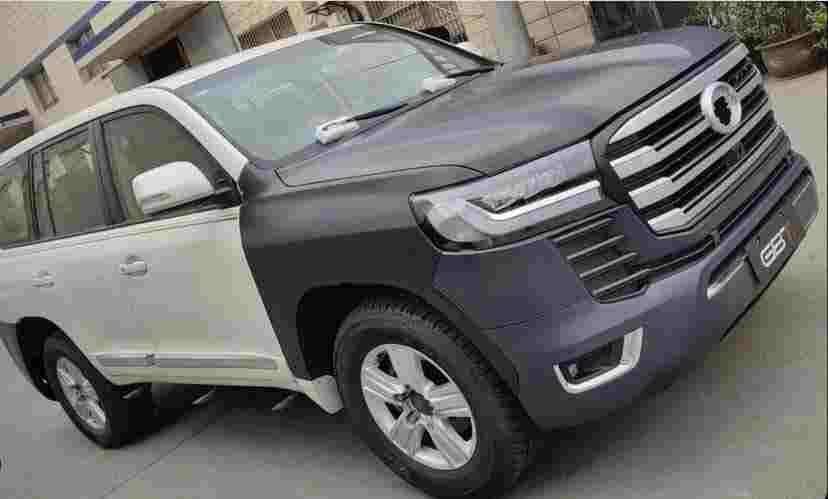