General Motors is gearing up to introduce 30 electric vehicles by 2025 and we’ve already seen a handful of them including the Cadillac Lyriq, Chevrolet Silverado and Equinox, and GMC Hummer EVs.

Buick is notably absent from that list, but the brand quietly teased an upcoming concept on Super Bowl Sunday. Little is known about the model at this point, but the brand confirmed the concept will be introduced this summer and show “dreams of a groovy electric future.”

The groovy remark is a reference to GM’s Austin Powers Super Bowl ad, but the teaser image shows the concept will feature slender lighting units similar to those found on the 2020 Electra concept. There isn’t much else to see, but we can get a glimpse of an angular front fascia and a sculpted hood.

We’re fans of all @GM EVs, but this summer we will show you our dreams of a groovy electric future. ⚡️ We’re sure a mastermind who makes his own quasi-futuristic clothes will be impressed. 🤯 https://t.co/7r3Czy8CXV pic.twitter.com/e1XzwFEVsJ

That isn’t much to go on, but it’s safe to assume the concept is a crossover as GM’s electric roadmap for Buick has only mentioned crossovers. The concept should also ride on GM’s Ultium platform, which is highly flexible and will underpin an assortment of different vehicles.

While Buick has been relatively quiet about their EV plans, GM has previously confirmed the brand will have two entries. Judging by previous roadmaps, they’ll presumably be five- and seven-seat crossovers.  That being said, we’ll learn more this summer. 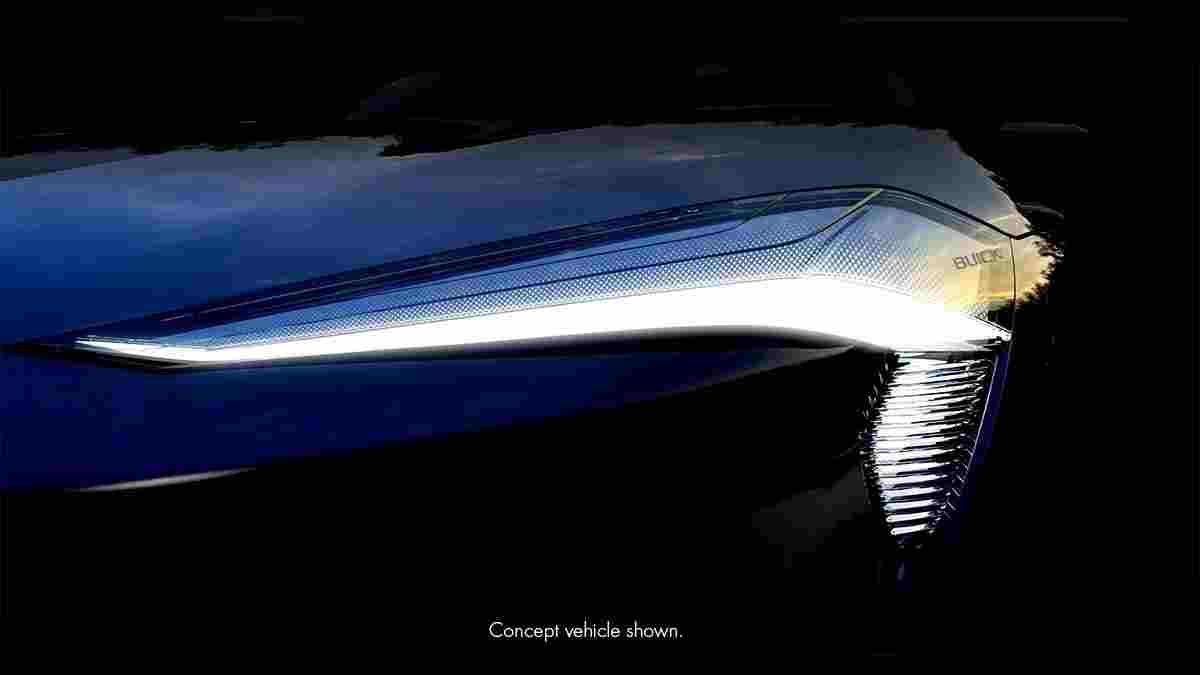 Buick Teases A "Groovy" New EV Concept, Will Be Unveiled This Summer