More than eight million people have now watched the POV GoPro footage of Czech millionaire Radim Passer firing down a German autobahn at 259 mph (417 km/h) in a Bugatti Chiron early one morning in summer 2021.

And the bad news for Passer is that those people include German police, the German ministry for transport, and German prosecutors. The run lasted barely more than two minutes, but according to newspaper reports Passer could be looking at two years in jail thanks to his stunt.

The story throws up a real moral dilemma for us as car enthusiasts, as well as Bugatti. We all get a kick out of driving fast, and on occasion we’ve all driven faster than we should have. And Bugatti has built an entire brand around cars that are capable of hugely antisocial speeds, including becoming the first company to offer a production car capable of achieving over 300 mph (482 km/h).

But now even the most committed petrolheads are having to admit they feel uncomfortable that the run was conducted on a public road with other road users around, and Bugatti, which periodically organizes its own high speed events for customers on closed courses like VW’s Ehra-Lessien track, has distanced itself from the stunt, albeit without explicitly suggesting the driver was in the wrong.

Bugatti’s response to the incident

“Bugatti Automobiles S.A.S is aware of the video of a Bugatti Chiron being driven at high speed on a German highway. However, due to the possible investigation being conducted by the public prosecutor, Bugatti Automobiles does not wish to comment on or anticipate any further assessments regarding the incident referred to,” the company said in a statement.

“For us as a company, responsible conduct towards customers, shareholders, employees, and society, and above all conformity with the law and Bugatti’s internal compliance guidelines, is a top priority. In our opinion, one must always behave responsibly when participating in road traffic. As a company, we reject/distance ourselves from any behavior on the road that leads to a concrete endangerment of road users.”

Bugatti’s statement then wanders off into an explanation of how the 261 mph (420 km/h) Chiron’s Top Speed mode, which is engaged only with the aid of a Speed Key, automatically deactivates if it detects that the road is too twisty, limiting performance to 236 mph (380 km/h), and how the huge 420 mm front and 400 mm rear brake discs are backed up by the rear spoiler’s airbrake function. “No road-legal vehicle drives more safely at high speed than the Chiron,” Bugatti concludes.

Was it safe or legal?

But are those engineering devices enough to make what Passer did safe or legal? First, let’s deal with the legal side. Although the section of Autobahn near to Wittenbrug where Passer performed his run doesn’t technically have an upper speed limit, the Czech doesn’t seem to have considered that he might still be liable for prosecution. Just as those of us living in other countries can still get busted while traveling at 40 mph in a 45 mph zone if we’re driving sufficiently badly that we present a danger to other road users, so drivers on unrestricted sections of the Autobahn are also at risk of being pulled up before a judge, even if they haven’t broken a speed limit.

Condemning the run earlier this year, and making it clear that it “rejects any behavior in road traffic that leads or can lead to endangering road users,” the German transport ministry made it clear that the absence of an upper speed limit isn’t a free pass to go crazy. The law requires all road users to “only drive so fast that the vehicle is constantly under control,” the ministry added. Newspaper reports claim that German police are “looking at the possibility of a banned car race”, presumably because the entire point of the run was to go as fast as physically possible.

Passer claims he took precautions to make the stunt safe, like choosing a section of road with a long straight and good visibility. But one look at the footage blows that defense out of the water. Viewed on a smartphone it’s shocking, but if you haven’t already, I recommend watching it on a laptop or desktop computer, or better still, your TV, if it’s internet-connected.

Even in the moments when there are no other cars around, the sense of speed generated by the blur of white lines and smears of greenery at the side windows is incredible. But it’s when another car appears as a spot in the far distance, then suddenly whips past almost before you’ve had a chance to even register the color, let alone the make and model, that you realize just how crazy, and yes, irresponsible, the whole stunt is.

Underneath the YouTube video, in a pinned comment, Passer outlines some of the steps he took to minimize risk before the run. He says the run was recorded at 04:50 am on Sunday to avoid as much traffic as possible, that he had spotters positioned on bridges, and that he drove the route earlier to make sure there was nothing unexpected on the road. He also claims this section of Autobahn hass a fence running along the entire length meaning there’s no chance of wildlife entering the road.

He also says that at least one of the cars visible (the yellow Porsche 911 Turbo S, which was itself doing 124 mph/200 km/h, but looks like it’s parked) belongs to one of his team. But what about the others? That’s someone’s boyfriend/girlfriend, husband/wife, father/mother, brother/sister, or son/daughter in those cars, going about their regular business. Yes, as anyone who’s driven on the Autobahn knows, you’ve got to keep your wits about you if you’re driving at the 80 mph (130 km/h) most traffic sticks to and you want to pull out into fast lane to pass slower traffic. But no one is expecting a car doing three times their speed to be steaming along behind them. 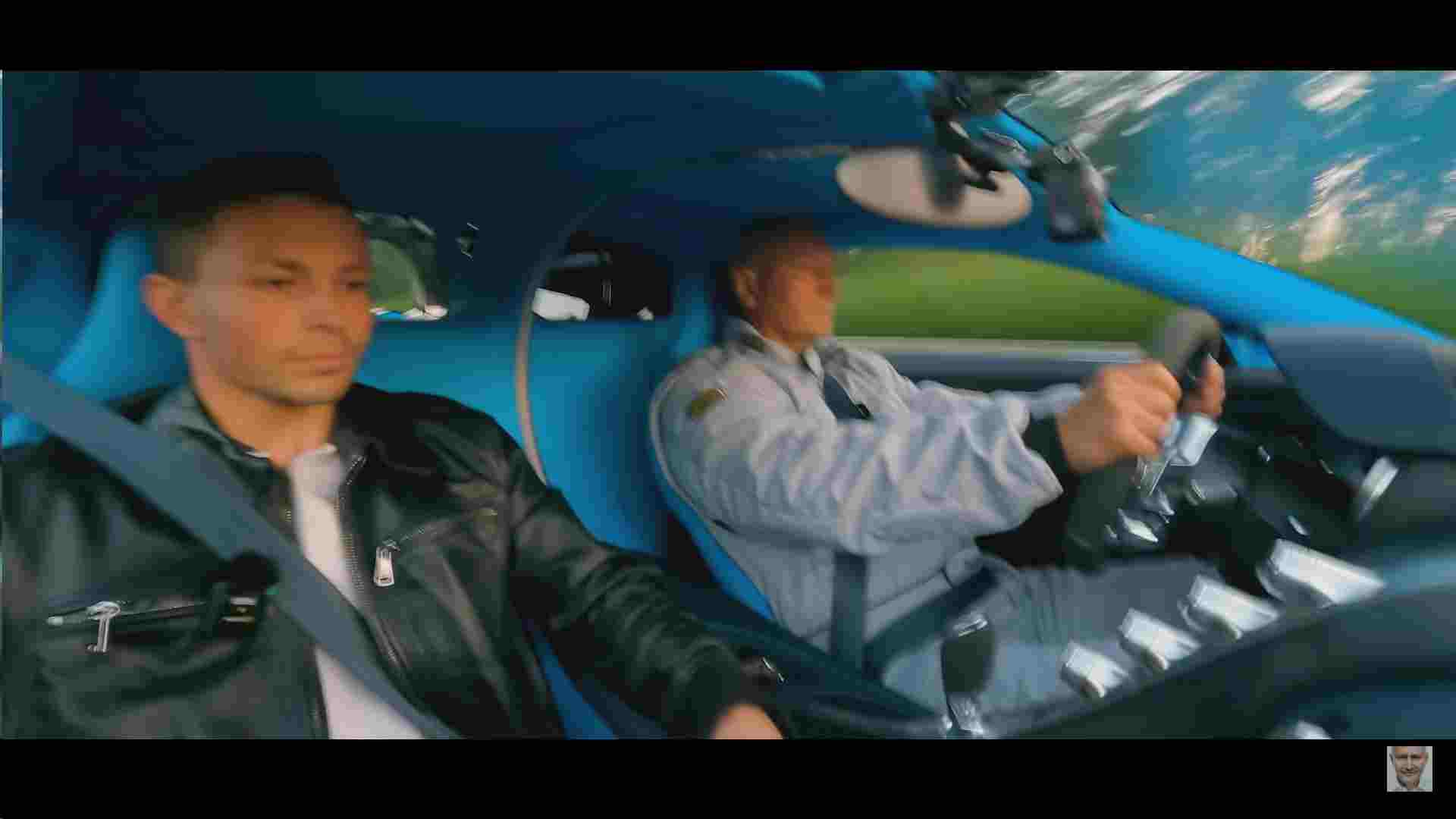 Passer also claims that the Chiron can brake from 249 mph (400 km/h) to zero in 9 seconds or 1608 ft (490 m). But even the distance covered in the split second between spotting a hazard and stomping on those brakes is staggering. At 259 mph (417 km/h), Passer’s Chiron covers a football field in less than a second, and an entire drag strip in less than three and a half. If one of those slower cars made an erratic move left at the last moment there’s no way he could pull up in time, even with the Bugatti’s 18 brake cylinders biting like a hippo with lockjaw.

My gut feeling is that despite Passer’s ‘safety’ concessions there’s enough evidence in the video to suggest that police could build a case against him for putting other road users at risk. But I say this knowing that I’ve personally done 200 mph (321 km/h) on derestricted sections of autobahn, and far more than that in countries with speed limits lower than 85 mph (137 km/h), and every time those roads were live. Lightly trafficked, maybe, but still live. I’ve also driven and enjoyed various Bugattis over the years, and think the world would be a duller place without them. So how can I condemn Passer’s antics?

And more than that, isn’t there something inside all of us that secretly loves the middle-finger this high speed run gives to a world that increasingly monitors and controls our behavior, and which, by the end of the century, won’t even let us drive a car, let alone break a speed limit?

The speed-crazed Czech might lose his freedom for a couple of years, but potentially far sadder is that this episode might result in regular German (and visiting European) drivers losing their freedom to set their own Autobahn speeds. Pressure has been growing in recent years to introduced upper speed limits to the only country in Europe without them, and this saga might be enough to finally force the issue. 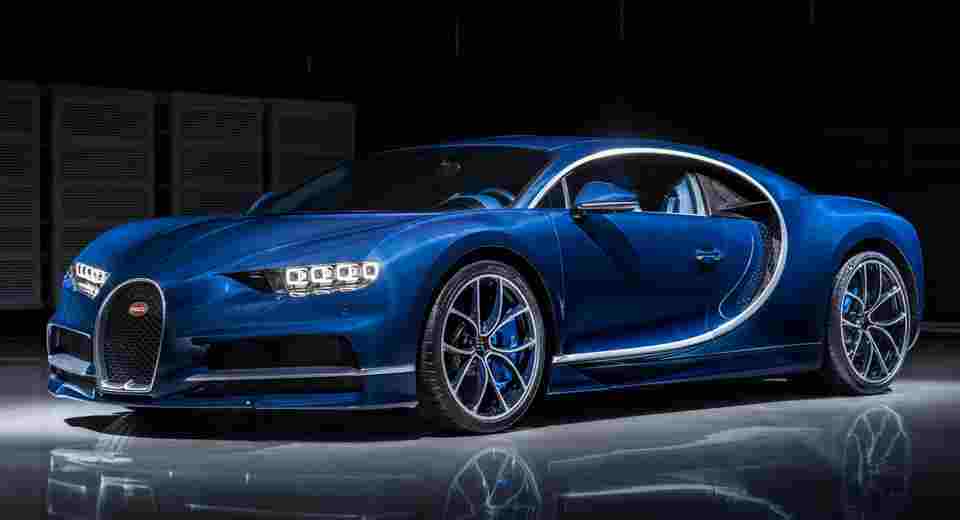 Which will be a shame. We tend to focus on the Autobahn as a place where you can max your car, but the reality is that beyond 140 mph (225 km/h) the speed differential between you and the 80 mph (128 km/h) drivers means you can be constantly hitting the brakes to deal with lane-swappers, making for less than serene progress.

No, for me the most amazing thing about it has always been the way you can, if you’re lucky with the traffic, cruise along for mile after mile at 120 mph (193 km/h), remaining  relaxed and not endangering other traffic, but getting from point A to point D on the map as if B and C have just disappeared down a tectonic fault line, cutting entire hours off your journey. And there are plenty of law abiding, responsible German drivers who’ll be sorry to lose that freedom because of one man’s quest for YouTube glory.

Do you think German police have grounds to prosecute Radim Passer based on the evidence presented in his own POV YouTube video? Leave a comment and let us know. 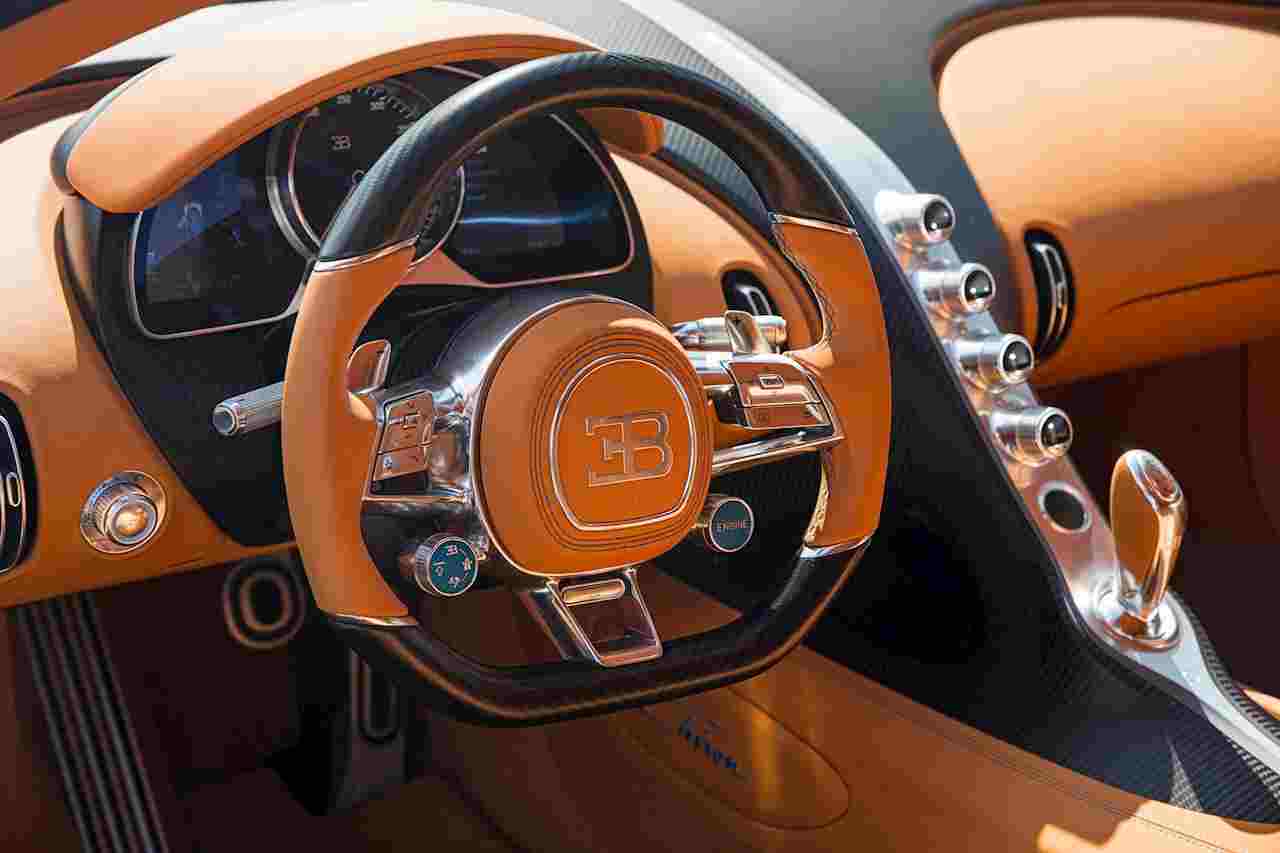