Alfa Romeo has been pushing out a series of teasers of the forthcoming Tonale SUV as it prepares for the compact model’s global unveiling on February 8. We’ve grouped all of them together below. [Story updated 2/3/2022]

In one of the videos shared to Twitter, Alfa Romeo briefly shows the outline of the double cowl instrument cluster and, in a display in the middle, the front end of the SUV with its LED daytime running lights and the signature Alfa Romeo grille. Even though these are the only design elements visible, it seems obvious that the production model will look similar to the concept unveiled in early 2019. Moreover, the video shows part of the rev counter and a small portion of the steering wheel.

Let me introduce you to the band: #FrancescoCalcara on Marketing, #DanielGuzzafame on Product, #AntonioCasarella on Manufacturing + #AlejandoMesoneroRomanos on Design.
A talented group ready for big hits in the future!
1st album "Tonale Road" out on 8th February.
Don't miss it! pic.twitter.com/rWuVDKLtHZ

The new #AlfaRomeoTonale fully embodies the brand’s DNA and projects it into the future. Experience it for yourself on February 8th and let “La Metamorfosi” begin! https://t.co/nFdtaOdaJC #AlfaRomeo pic.twitter.com/K9B71Nubeb

Sources suggest that the Tonale will be offered in both ICE and plug-in hybrid configurations. It’s rumored that it might share its basic powertrain with the Jeep Compass 4xe pairing an automatic transmission and a rear-mounted electric motor, sending power through all four wheels. Alfa Romeo is expected to have modified this powertrain to ensure the Tonale has a power and torque edge over the Compass. The Alfa Romeo Tonale Concept from 2019 This isn’t the only new SUV that Alfa Romeo is developing. In early November, it was revealed that the Italian car manufacturer will launch an SUV to slot below the Tonale, competing against the likes of the Mini.

The unmistakable “Trilobo” and iconic “Scudetto” shield of the new #AlfaRomeoTonale are elements that allude to the future of the brand. Discover it all on February 8th when “La Metamorfosi” begins. https://t.co/UndtawL5l0 pic.twitter.com/MeqvAxhMNQ

It’s all in the expertly crafted details. Don’t miss the reveal of the new #AlfaRomeoTonale and the start of “La Metamorfosi” on February 8th. https://t.co/7tknJCcFTR #AlfaRomeo pic.twitter.com/m7UmSnHVwU 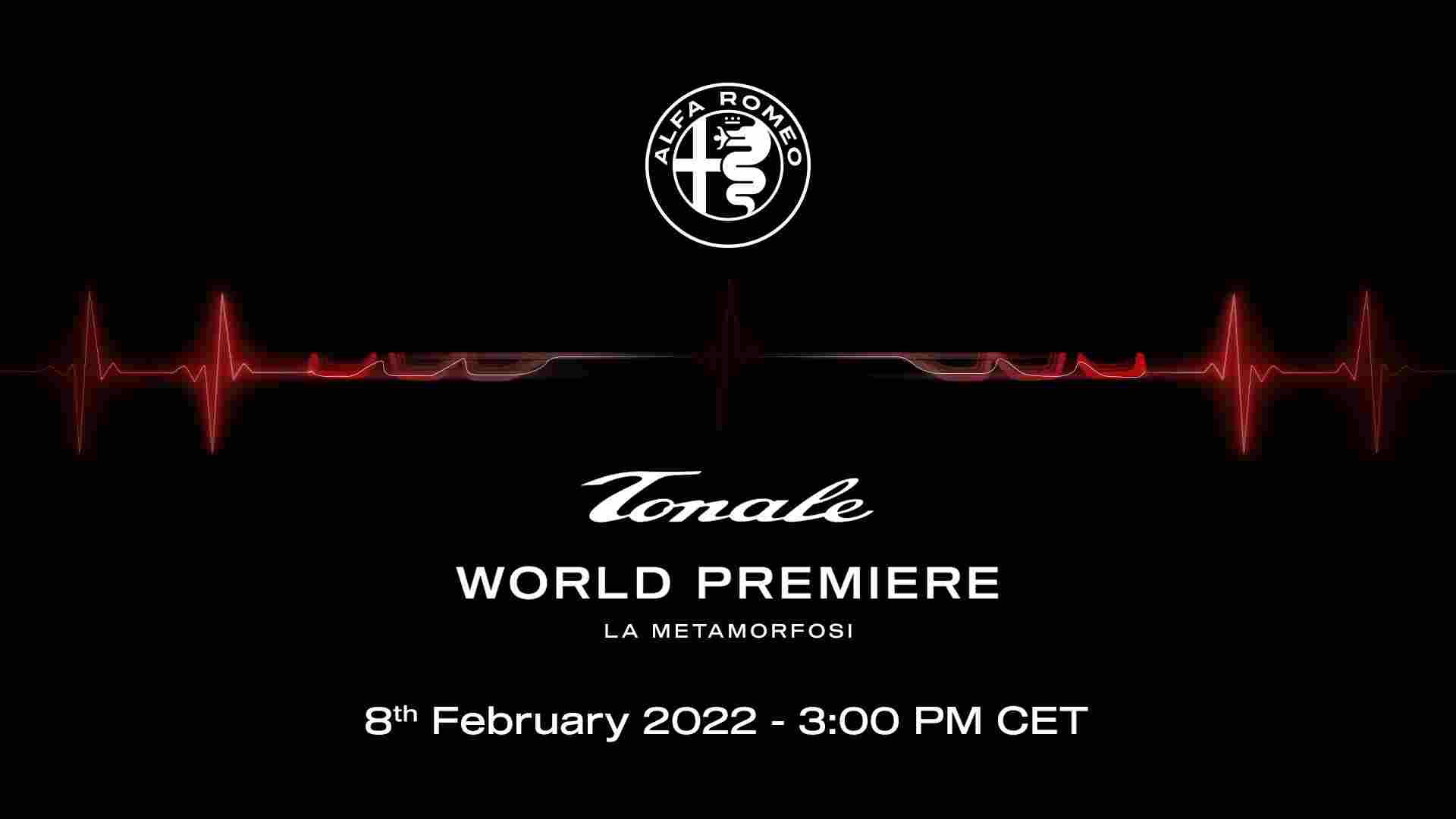