Alfa Romeo could unveil a new supercar as soon as March 2023 and it will likely be a bespoke model from the automaker.

Details about the model are limited and it is unclear whether it will be all-electric or if it will have a combustion engine. It has previously been referred to as an exclusive sports car but while recently speaking with Autocar, Alfa Romeo boss Jean-Philippe Imparato said its positioning in the market had yet to be confirmed, meaning it could be a legitimate supercar.

“It could be iconic, super-sexy and recognizable as an Alfa Romeo at first sight,” Imparato said. “It’s not done yet, but it’s ongoing. The positioning is ongoing. We have so many fans asking for something special.”

Imparato hinted that the new model could use a chassis developed in-house, claiming that “It’s 1969 [the Spider] since the last time Alfa Romeo was stamped on a chassis” and adding that it would be “a cool thing” to do it again.

“I am not the only one to love Alfa’s past,” he said. “We have so many fantastic ideas based on our iconic history, so I can say yes, but I can say it’s like nothing else. In each of our proposals, you will always, always find a kind of signal of our DNA and our heritage, and you will find it clearly and quickly, so I am sure when you see something [the car] you will say this reminds me of whatever.”

Imparato added that more would be revealed about the car this month. 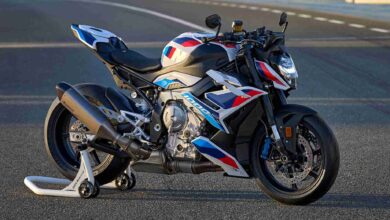