Ever since FCA introduced its beloved 6.2-liter supercharged V8 Hellcat engine in 2015, it has slotted it into as many vehicles as possible, including the Ram 1500, Jeep Grand Cherokee, Dodge Durango, Dodge Challenger, and the Dodge Charger. One car that has missed out has been the Chrysler Pacifica but soon, that will change.

It was back in January 2016 when the idea of a Hellcat-powered Pacifica first reached the public conscience after FCA designer Ralph Giles shared a sketch of such a vehicle on social media. This sketch went on to inspire many detailed renderings and has led prominent car YouTuber Tavarish to announce that he will be building a Pacifica Hellcat.

Tavarish made the announcement on Facebook and released a single teaser rendering of the vehicle created by Abimelec Design. The vehicle will be brought to life at Classic Car Club Manhattan with help from eBay Motors and unveiled at this year’s SEMA Show in Las Vegas. If Tavarish’s finished Pacifica Hellcat looks anything like the vehicle rendered by Abimelec Design last year, we have a lot to look forward to. In creating the ultimate minivan, the designer imagined it with flared wheel arches, a unique hood with a large intake, revised blacked-out front grilles, and a distinctive front splitter.

Elsewhere, Abimelec’s creation was sitting on new matte black wheels, benefitted from a lowered ride height, and had a revised rear end with tinted taillights, a subtle rooftop spoiler, and central tailpipes.

Details about Tavarish’s project are limited, other than the obvious fact that it will have the 6.2-liter supercharged Hellcat V8 crammed into the Pacifica’s engine bay. It is unclear if it will have a six-speed manual transmission that was offered with the Challenger SRT Hellcat or if it will instead use the current eight-speed automatic. 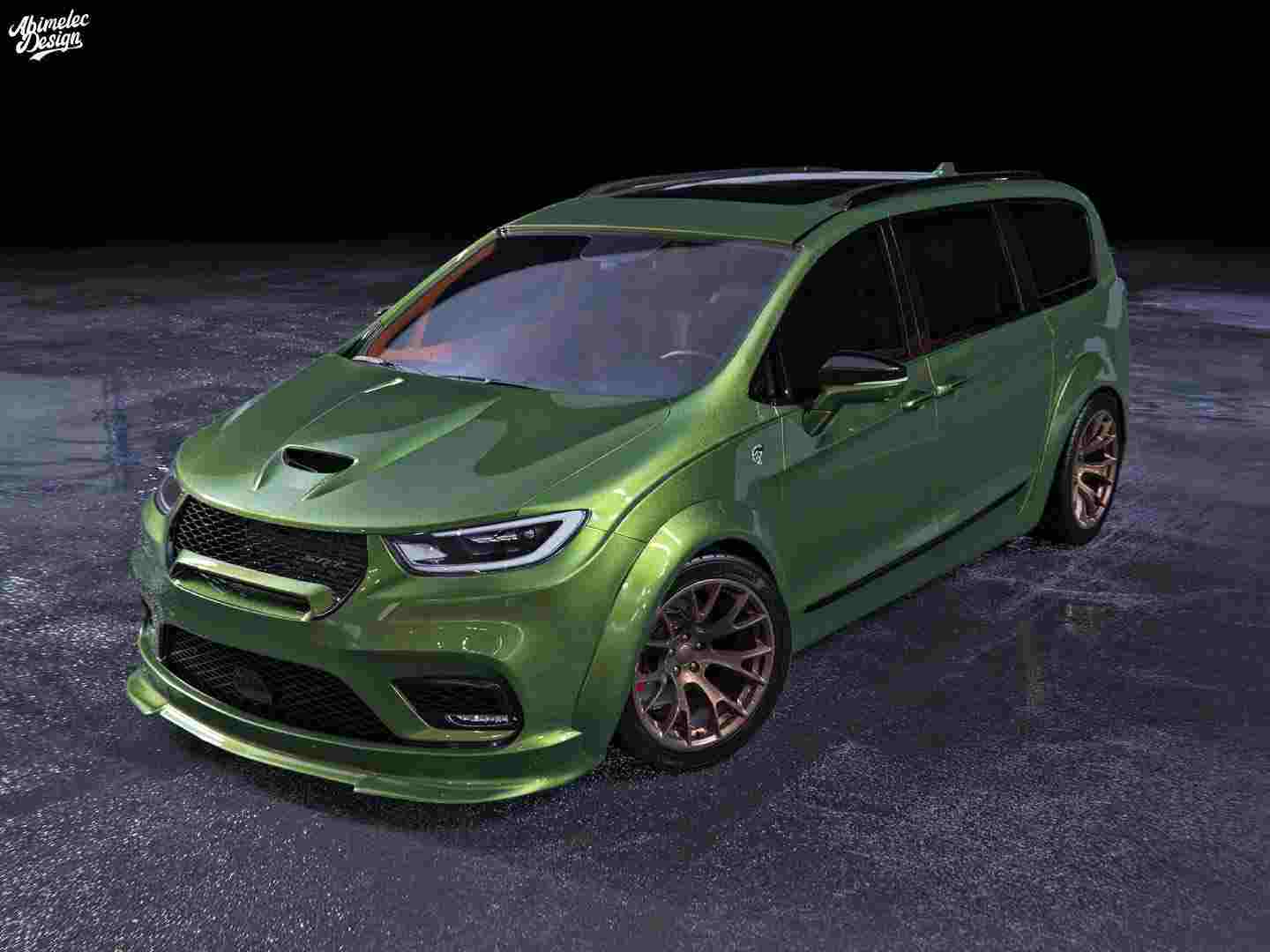 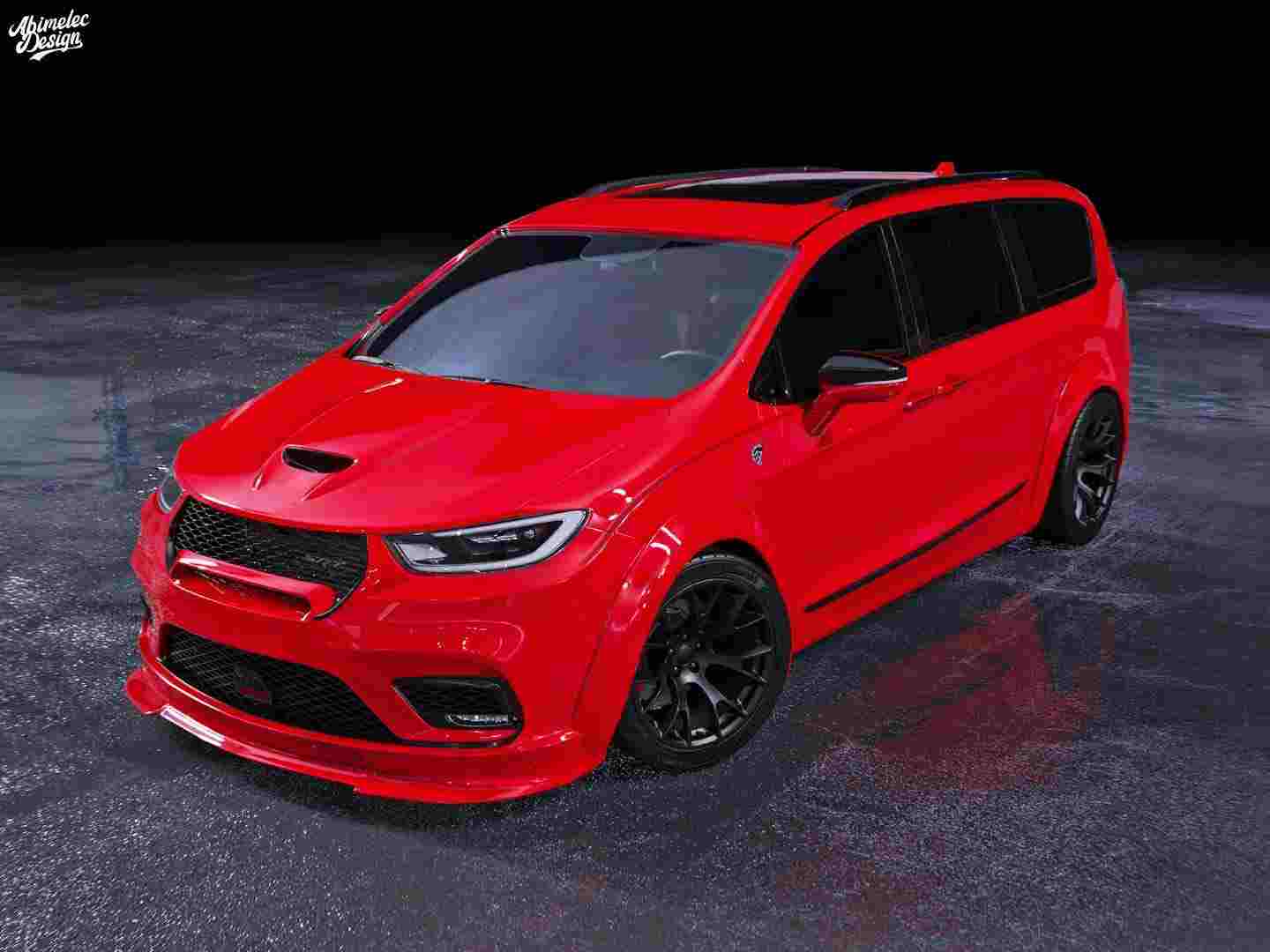 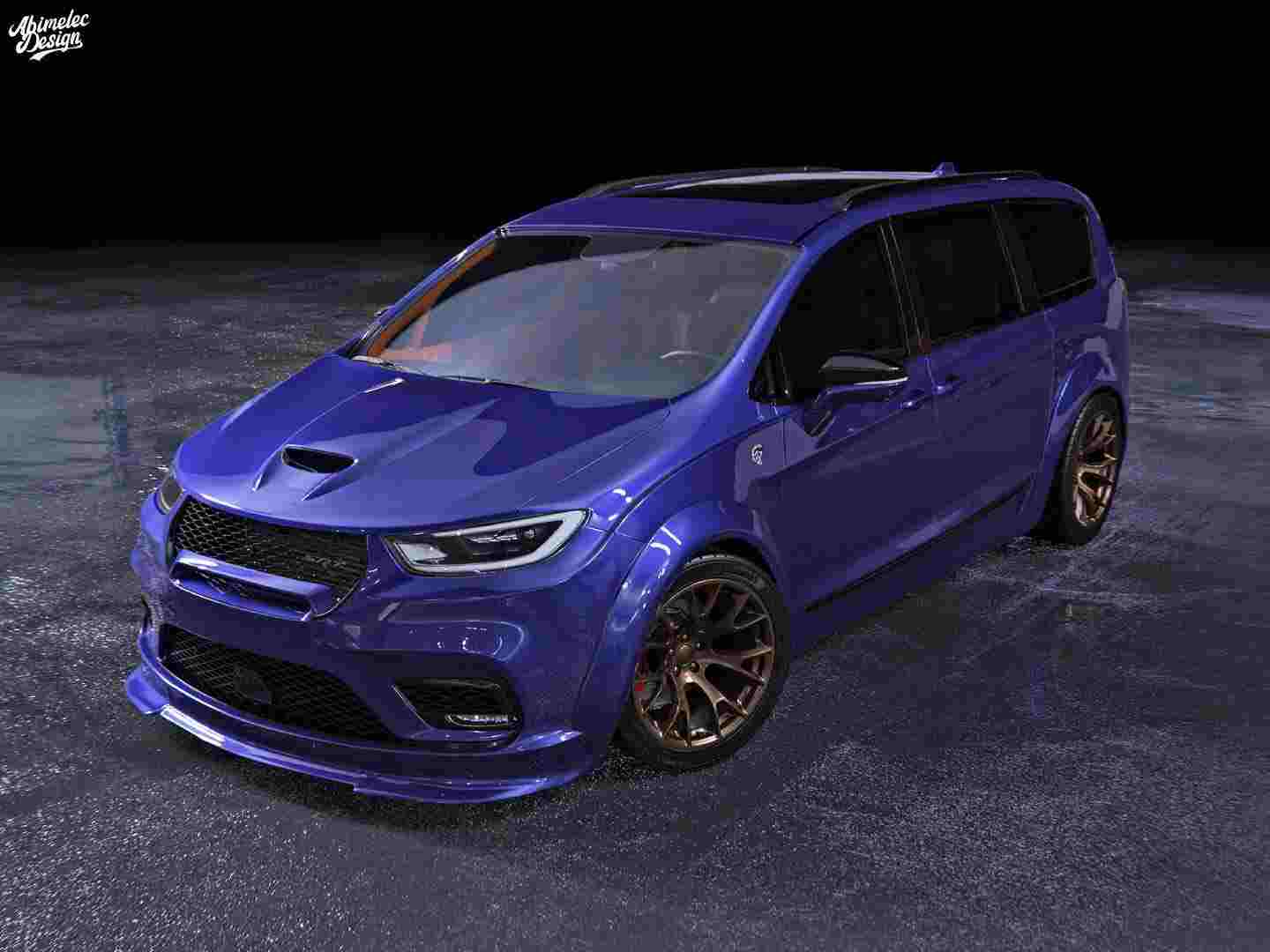 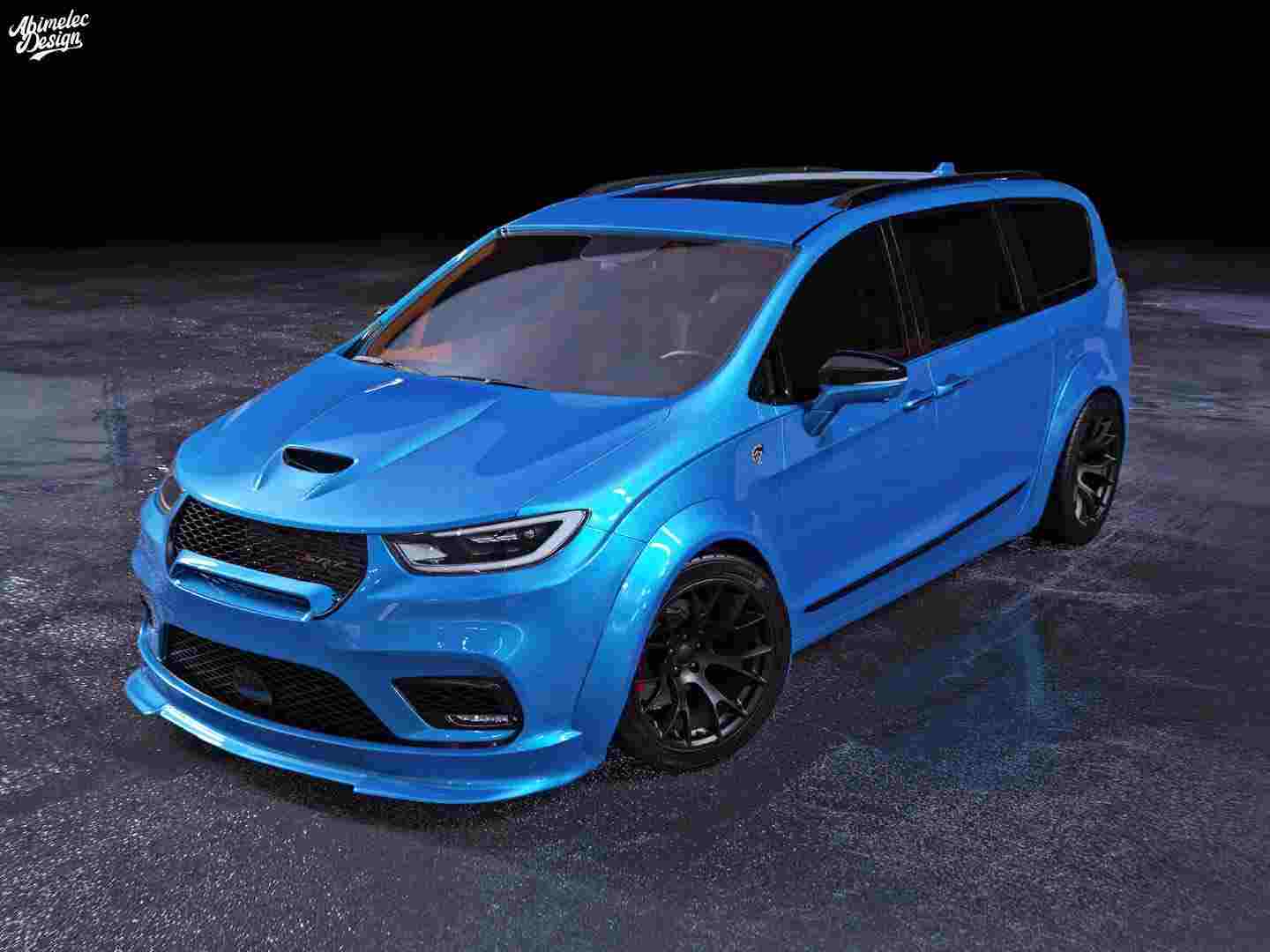 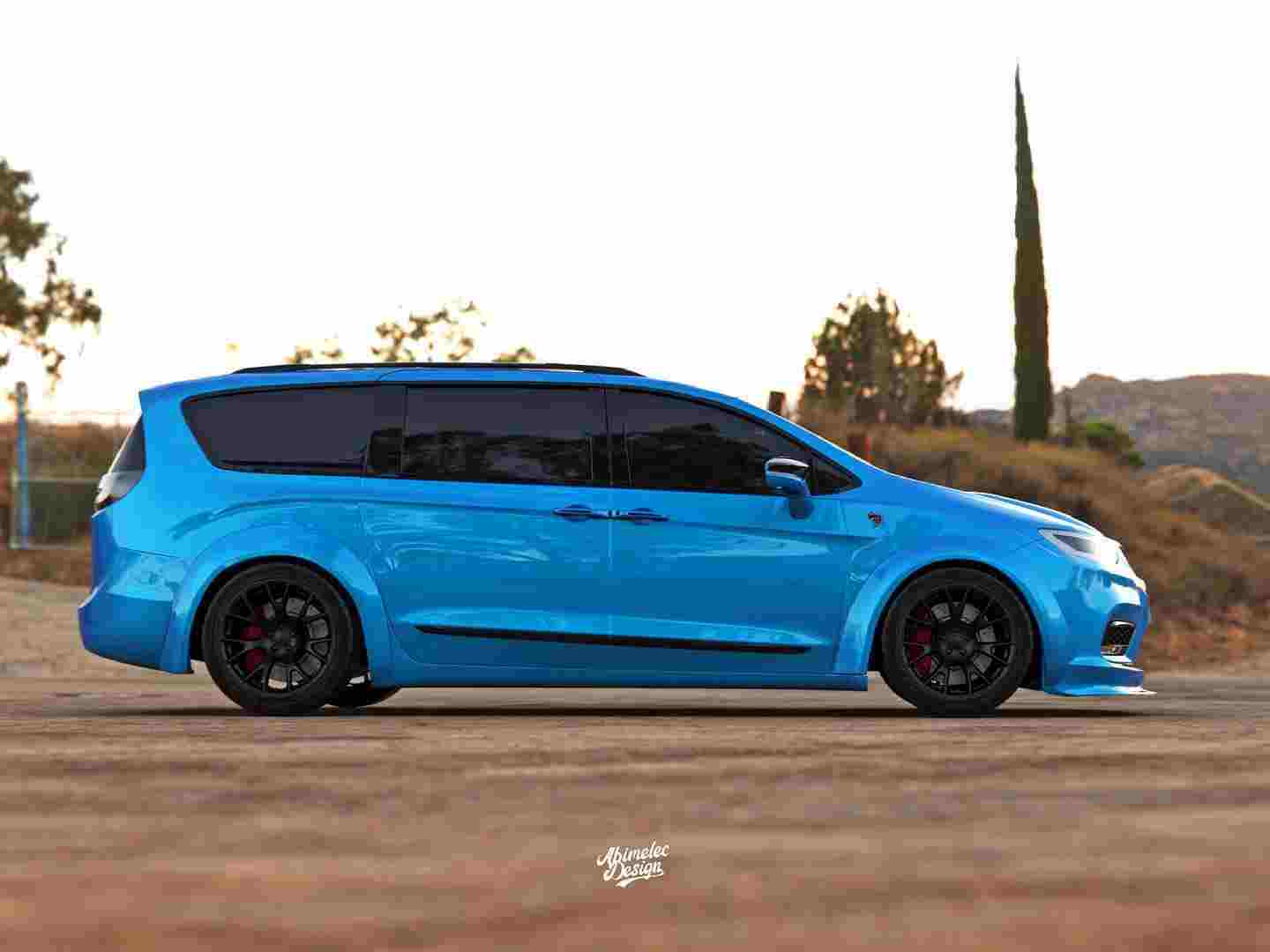 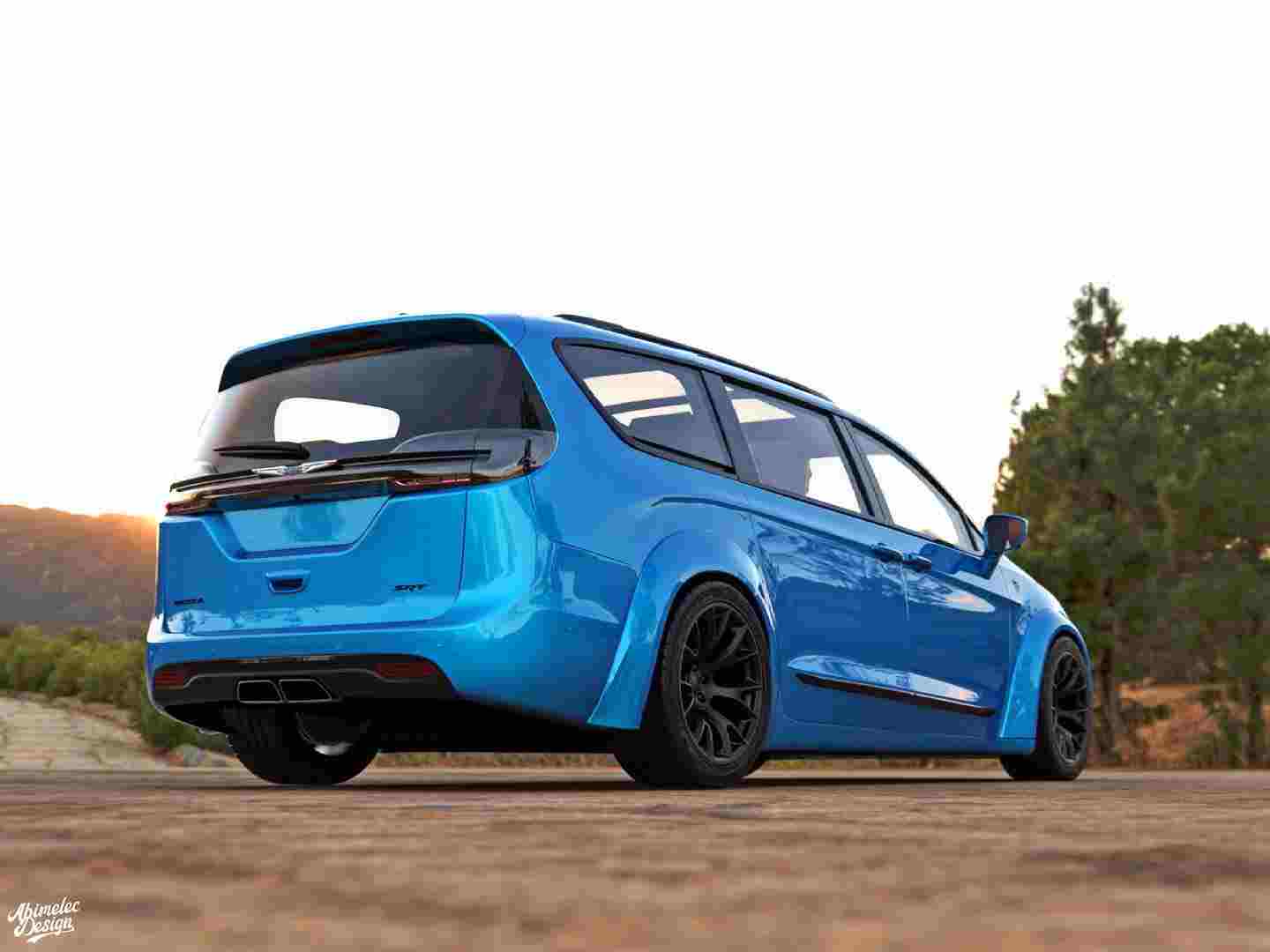