Jeep is once again teasing a concept ahead of its annual off-roading extravaganza. This time, the model will feature plenty of extras, a roof basket, and 4xe hybrid power for the Easter Jeep Safari.

“Pushing Jeep open-air freedom to the extreme, this concept carries the latest custom innovations from Jeep Performance Parts and Mopar, while standing ready to prove its legendary 4×4 capability and class-exclusive, off-road, 4xe plug-in hybrid power on some of the toughest trails in the world,” the automaker writes.

The concept features Jeep’s half doors at the front and (evident after brightening the image) on the rear doors, too. That, along with the roof rack could make this the perfect vehicle for overlanding. This is one of six teaser images the brand has revealed so far, implying that this year’s Easter Jeep Safari will be an exciting one full of concept vehicles. Along with this model, it has revealed two other 4xe models, one an army-themed Rubicon model and the other a Grand Cherokee.

It has also revealed a Gladiator shorty model designed for off-roading and a Hemi-powered Rubicon model that celebrates that nameplate’s 20th anniversary. Finally, there’s a mysterious Gladiator model that was teased in February.

All models will be revealed at the Easter Jeep Safari that takes place from April 9-17 this year in Moab, Utah. 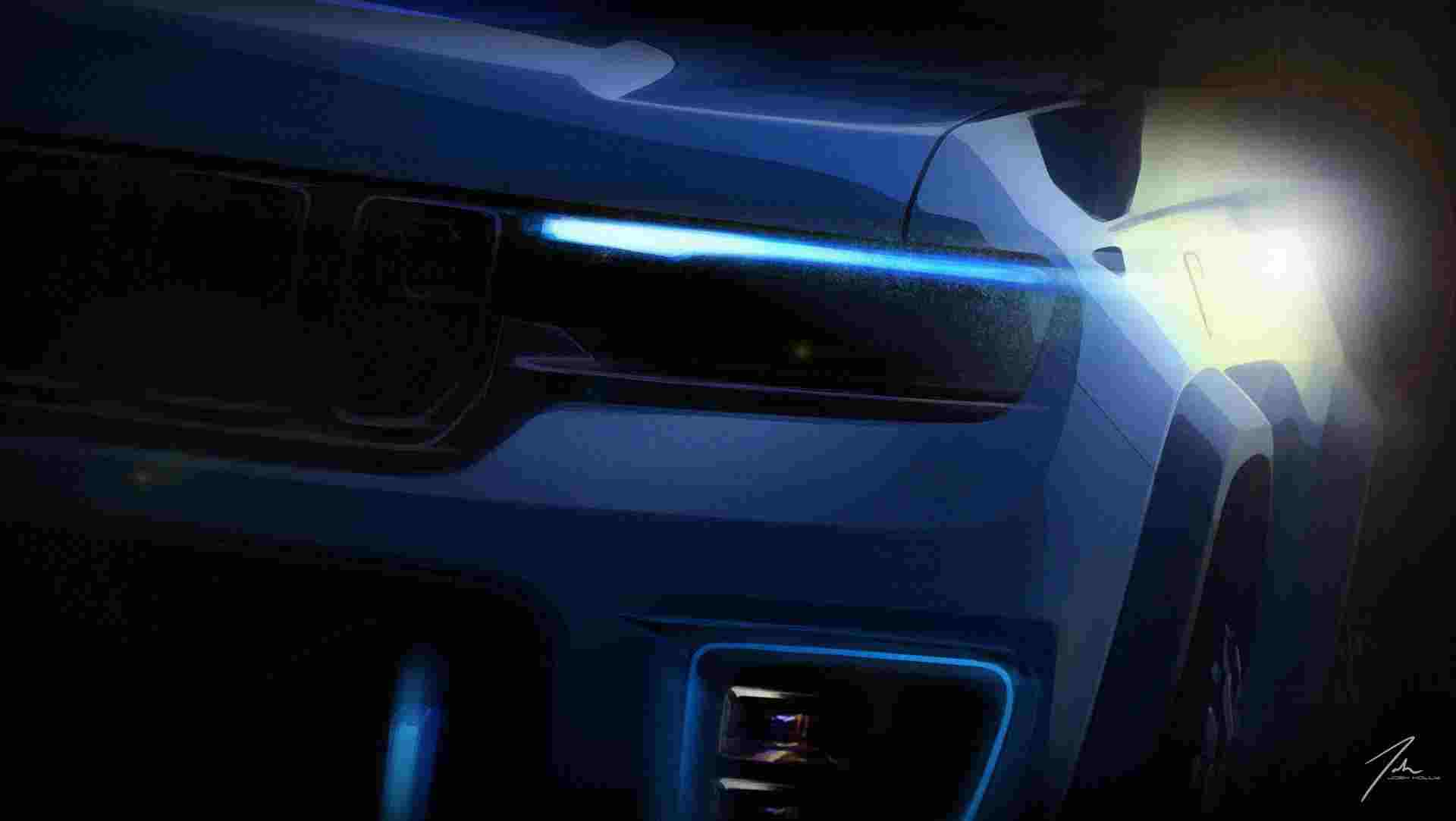