This article includes speculative illustrations for the future Mercedes-Benz E-Class Sedan and Estate, created by Jean Francois Hubert/SB-Medien for CarScoops that are neither related to nor endorsed by Mercedes.

The Mercedes-Benz E-Class has always been one of the most important players in the premium midsize segment. Thus, despite launching the similarly-sized by fully electric EQE, it will present another generation of the regular E-Class before the forthcoming ICE ban. The new generation is expected to debut in 2023 so we gathered all the information we have about it together with a set of exclusive renderings depicting how it could look in both sedan and estate form. 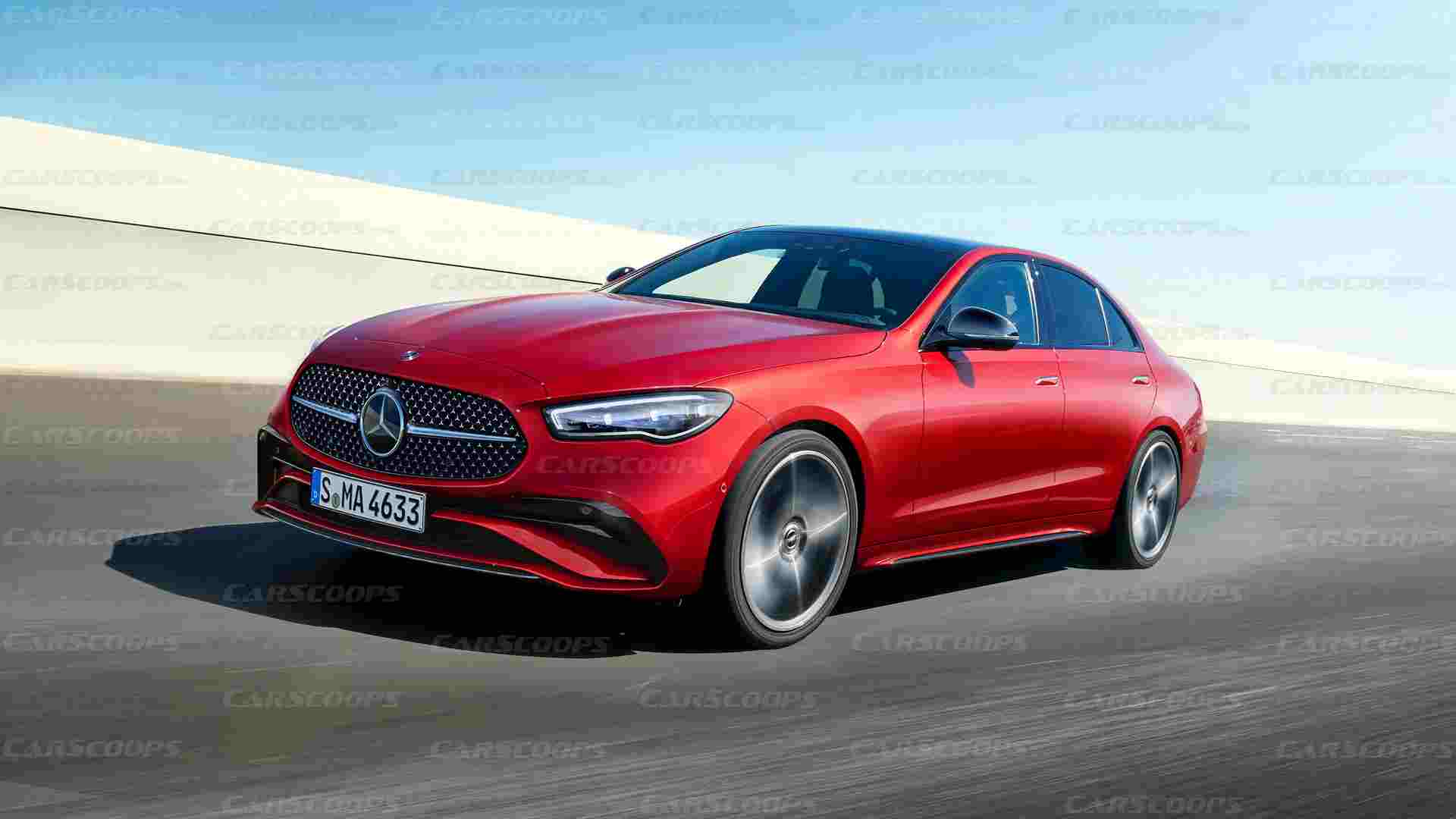 The E-Class made its spy debut in December showing an evolutionary styling approach and will retain similar proportions with a more aerodynamic silhouette. The full-LED headlights will be slimmer with a more elongated shape. The grille won’t be getting the full Panamericana treatment for a more balanced look between sportiness and elegance, combined with modern intakes on the front bumper.

The profile will feature a similar windowline to the current model, but it will incorporate a cleaner look in terms of character lines and surfacing, following the latest evolution of Mercedes’s design language. The latter has been hinted at by the uncamouflaged prototype of the upcoming GLC, with a similar treatment expected from the entire non-EQ range.

At the back we expect a more heavily tapered rear deck with an integrated discreet ducktail spoiler on the trunk and horizontally arranged LED taillights inspired by the larger S-Class. Following the tradition, the Estate bodystyle will add more practicality into the mix thanks to the redesigned roofline allowing for a larger boot. At the same time, Mercedes has proven that station wagons don’t have to look dull, and while the E-Class Estate won’t look as sexy as the smaller CLA Shooting Break, it will still be quite appealing from the back. Unlike its predecessor which was also available in two-door coupe and cabriolet bodystyles, the new generation E-Class will be limited to the four-door sedan and five-door estate. The new CLE will serve as an indirect replacement for the coupes and cabriolets of both the E-Class and the C-Class, simplifying the Mercedes range.

As always, the AMG Line and full-blown AMG versions of the E-Class will feature a more aggressive bodykit and larger diameter wheels to differentiate from the regular versions. Indeed, our spy photographers recently caught a prototype of the performance-focused E53e flaunting beefier brakes and quad tailpipes. The S-Class flagship unveiled in September 2020 set the tone for the entire ICE-powered range of Mercedes-Benz with its interior design featuring a new screen layout. The new C-Class and the SL have already gotten the new interior style with the addition of an inclined center console, but the current E-Class that was facelifted in 2020 hasn’t gotten it yet.

This is going to change with the new generation in 2023, which will inherit the free-floating 12.3-inch digital instrument cluster and the large OLED touchscreen (between 11.9 and 12.8 inches) taking up the entire center console, a sportier and classier three-spoke steering wheel, slimmer climate vents, and even more premium materials with the traditional Mercedes-Benz fit and finish. Equipment will include Mercedes’ entire ADAS suite offering semi-autonomous driving capabilities, and high-tech features like the sophisticated heads-up display and the latest version of the MBUX infotainment. The new-generation E-Class is expected to ride on a heavily updated version of the current model’s platform. This is a wise choice from Mercedes since there is no point in funding the development of a new non-EV architecture less than a decade before the forthcoming ICE ban. However, this doesn’t mean that the new E-Class won’t offer class-leading comfort and refinement benefiting from a new chassis setup.

In terms of engine options, the emphasis will be put on electrification, helping Mercedes comply with the upcoming Euro 7 standards. We expect all engines to have some sort of electrical assistance, from the mild-hybrid four- and six-cylinders, to the plug-in hybrid variants. The latest reports are talking about a turbocharged 2.0-liter four-cylinder producing 255 hp (190 kW / 258 PS), a turbocharged 3.0-liter inline-six producing 429 hp (320 kW / 435 PS), and more than one PHEV options. The latter will most likely include the 53e and 63e AMG variants with combined power outputs exceeding the levels of their ICE-only predecessors.

The debut of the last ICE-powered Mercedes-Benz E-Class in 2023 will likely coincide with the new generation BMW 5-Series, which is its strongest rival. Audi is also preparing to launch a facelifted A6, while other automakers have already retracted or are planning to leave the segment in favor of SUVs. This allows Mercedes to grasp a bigger portion of the pie, benefiting from its long tradition and the loyalty factor of its customer base. What's The Best Four-Cylinder Engine Ever Made?